Winning the Best Actor in a Lead Role in Drama for Peaky Blinders, Cillian Murphy has taken a forever place in fans’ hearts. He became the male alpha of television since he entered the show as a ruthless gangster, decked up in a classy suit. He entirely took over the fashionable look of a crime mafia with a peaked cap and fearless blue eyes.

However, Cillian has never embodied such an aggressive character before and viewers have seen him in easier roles in movies like Disco Pigs (2001). Moreover, in real life, he is a reserved person who likes to keep it simple even after being a Hollywood star. But with an actor like Murphy, fans can rarely keep calm, as they try to find his rare pictures. In one such old photo, he looked like one of his co-stars in Peaky Blinders.

After the heartbreaking death of Grace Shelby (Annabelle Wallis), Tommy was left devastated and remained alone for a long time. However, the arrival of Lizzie Stark, portrayed by Natasha O’Keeffe, changed the dynamics, and the duo got married in season 5. They certainly make a perfect couple on-screen, as both of them have faced worse times in life. But fans have found a hilarious similarity between the actors that might amuse you.

A recent post shared on Reddit shocked fans as Murphy has a fancy hairstyle with hairs spread on his face in the shared image.

ALSO READ: Have You Got A Girlfriend With A Birthday? Check What Perfume Ada Shelby Wears In Peaky Blinders

In the post, the fan stated how the actor looked like Natasha with his long hair in a 1992 photo. And if you look closely at their facial structure, you will get the same feeling. Because undoubtedly, the man has deadly looks and an aligned face that women generally have. However, his attractive blue eyes are a highlight of his face. 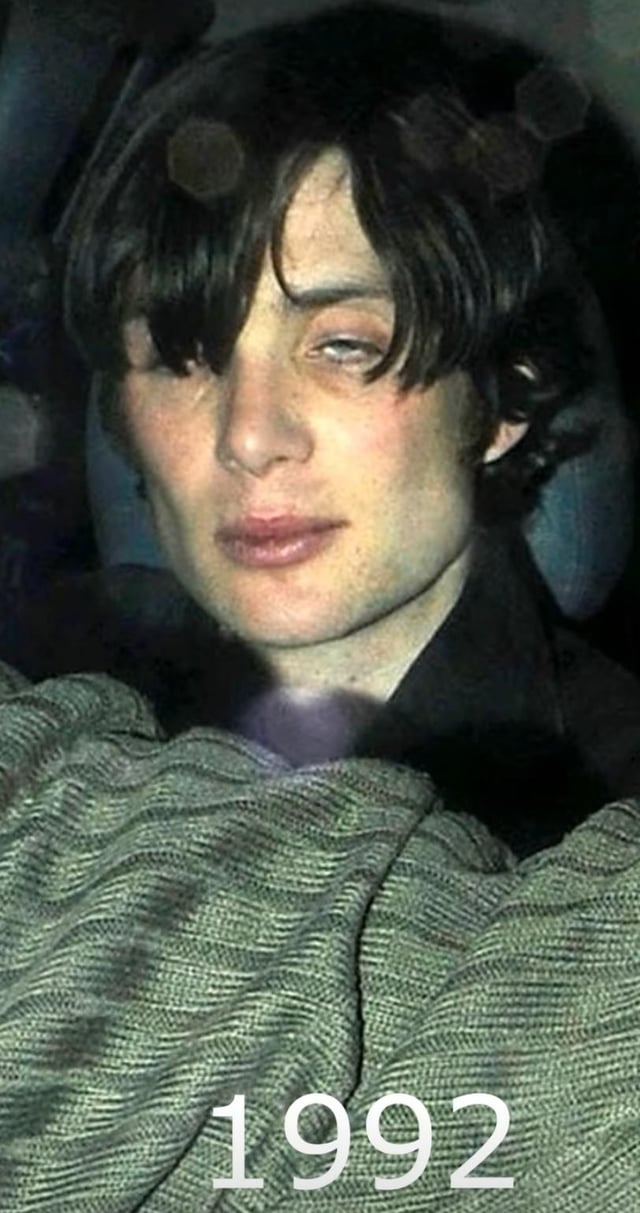 Naturally, fans who saw the post had interesting reactions.

Fans have left interesting comments on this photo dump on Reddit

Fans agree that Murphy and Natasha look alike after seeing his photo. One fan was quick to note how the actor started with a feminine face and got the masculine look we see in Peaky Blinders as he got older.

One fan stated the man is a forever beauty even though he is much grown now.

Continuing the comment thread, a fan said that Murphy had not aged a bit since his 2002 film.

On the other hand, one fan pointed out a potential factual error in the original post.

All the deadly seasons of Peaky Blinders are trending on Netflix. Watch the series to see how Cillian Murphy has transformed himself for the role.