What happens when the girl with telekinetic powers meets the sole monster butcher of the witcherverse? We get something as legendary as the detective siblings of Sherlock and Enola Holmes. Perhaps their preternatural potential transformed into intellectualism, bringing to us the best hawkshaws of 18th century England. The very first outing saw Millie Bobby Brown in a very tomboyish aura, alongside the evergreen Henry Cavill. Its winkingly subversive storytelling had already proclaimed that a new welcome game is afoot. And back in May 2021, Netflix confirmed an Enola Holmes sequel. 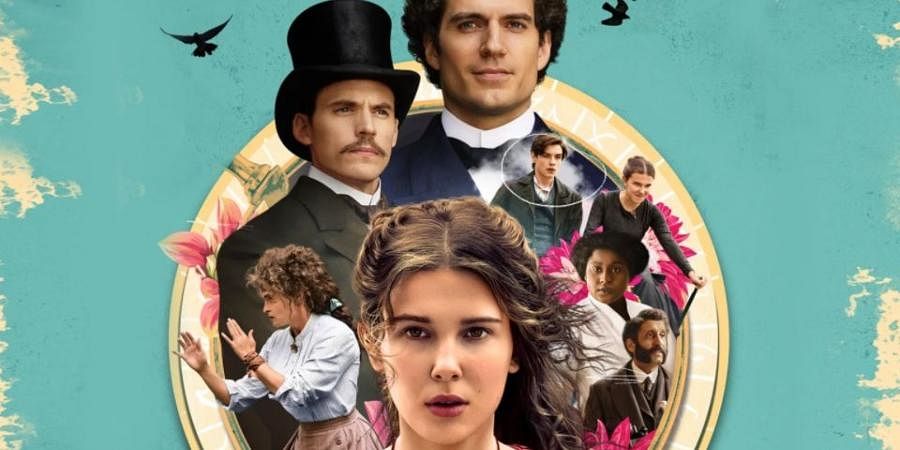 Ever since, fans have been on tenterhooks, waiting to delight their eyes with the official leadoff case Enola will have to handle. The streaming giant, per its age-old habit, has been teasing fans with some or other news concerning the whereabouts of the titular character. We were also under the impression that we would get to see Brown’s heartwarming performance in August 2021, but it did not happen. However, it seems like it’s not long till we get Enola Holmes 2. Netflix finally released the first official poster for the sequel on their official Twitter account, and we couldn’t help but share it with you!

Seemingly, the first official image of the movie looks at both the stars’ gleeful return to their roles. Keeping the mystery-solving mood of the franchise intact, the post doesn’t even mention the name of the film. It challenges viewers to don their detective hats and unravel the mystery of the picture. The franchise’s ability to continue hinges heavily on the success of this sequel in capturing that tone just as effectively as the original. You can have a look at the poster here:

Both MBB and Cavill also took to their social media to share the poster, further hyping up the excitement.

Sadly, this is the only teaser we have got so far. There’s no official release date for Enola Holmes 2 or a promising preview of the movie. Furthermore, since this is just a mere poster rather than an explicit trailer, fans must not get their hopes high just yet. Netflix sure has started on its habit of slipping out a little information till we finally get the whole of our favorite dramas, but it still will take a few months for the debut of this detective drama. A November 2022 release would be safe speculation given Netflix’s habit of not making fans wait too much once they start their little game.

ALSO READ: When Millie Bobby Brown Called up Enola Holmes Co-star Louis Patridge at 2 am In The Morning

Are you excited to be surprised by Millie Bobby Brown’s performance yet again? How much time did you take to spot the two find the two Enola Holmes stars? Be honest as you comment your answers below!