Netflix announced the release dates of several web series and films in its latest fandom event Tudum. The movies and programs included Enola Holmes 2, Stranger Things, The Umbrella Academy, Squid Game, and many more. And, for all the fans of the blockbuster series The Witcher, Netflix has brought not one but two good news. The first is that the show’s third season will be released in the summer of 2023. Next is, till the next season of the show comes out, Netflix has brought the fans a spinoff of the series called The Witcher: Blood Origin. Not just that, recently, the new images from the show have been out.

11 new stills from The Witcher: Blood Origin released by Netflix

Yeoh is shown as a fierce warrior, standing tall, with elf ears and brandishing a sword and dagger. She will portray the vicious Scian, the lone survivor of a nomadic tribe of sword-elves. Scian is on a quest to recover a weapon taken from her people in The Witcher: Blood Origin. Shown as a formidable warrior, she is the one who is grieving a great deal of grief. She will go on a dangerous expedition to find the missing sword, which will alter the course of events on the Continent.

The first set of photos introduces us to the show’s mainstays, including Scian, Eile’ The Lark’ Lithe (Sophia Brown), and Fjall’ Stoneheart’ (Laurence O’Fuarain). 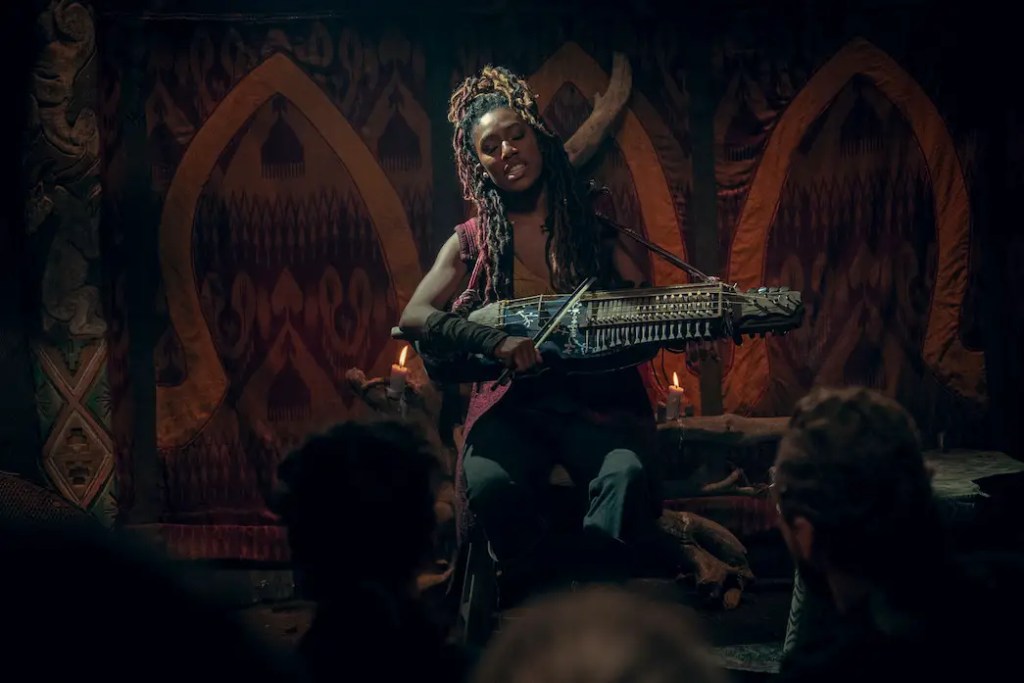 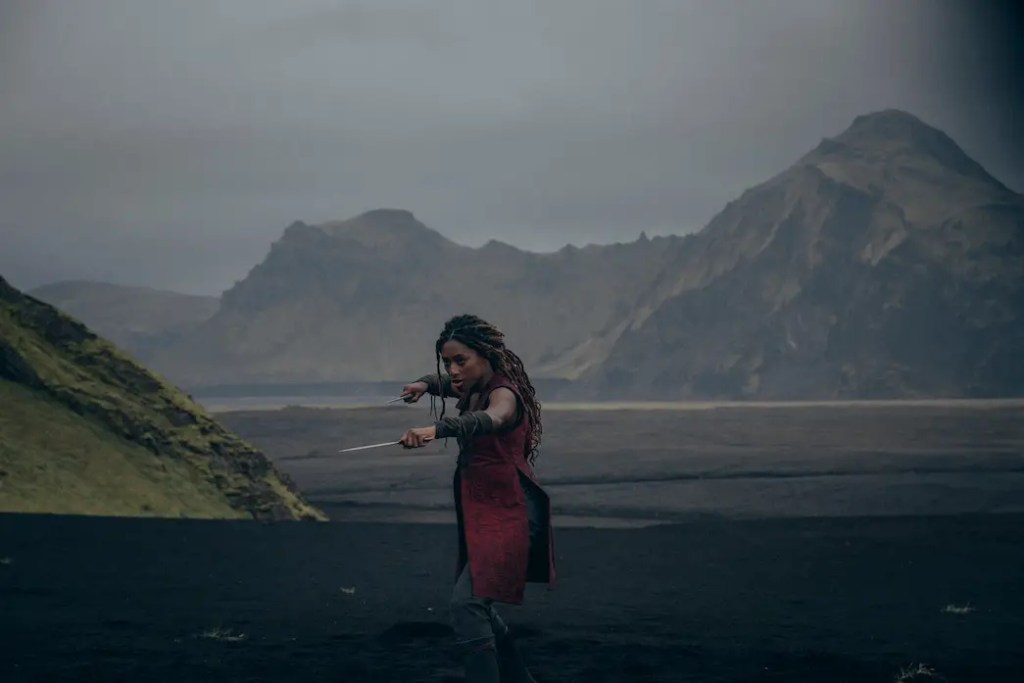 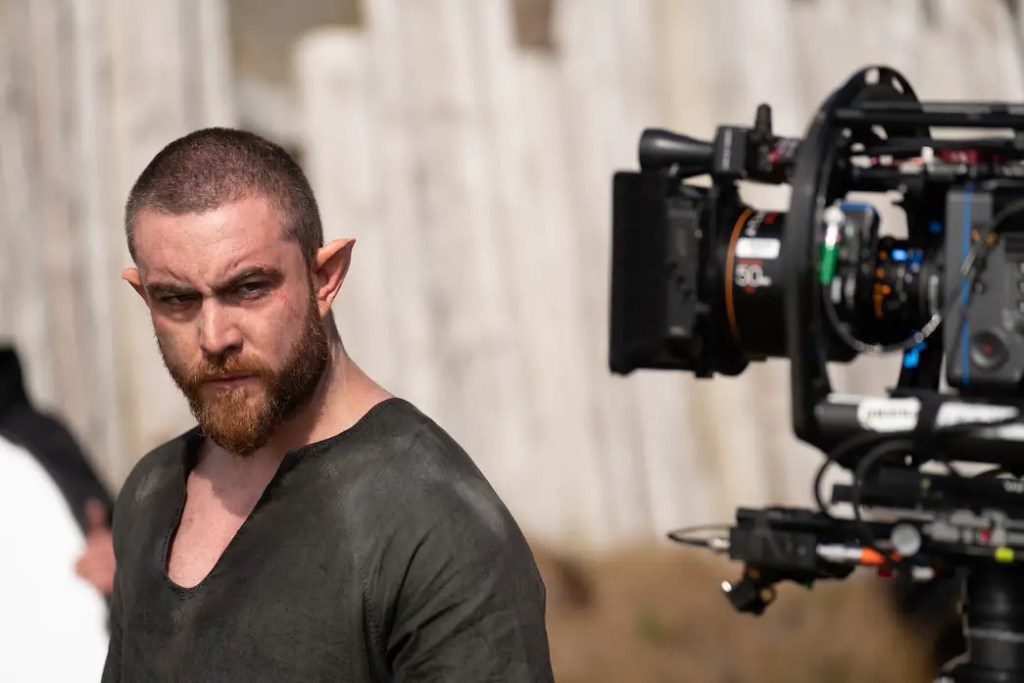 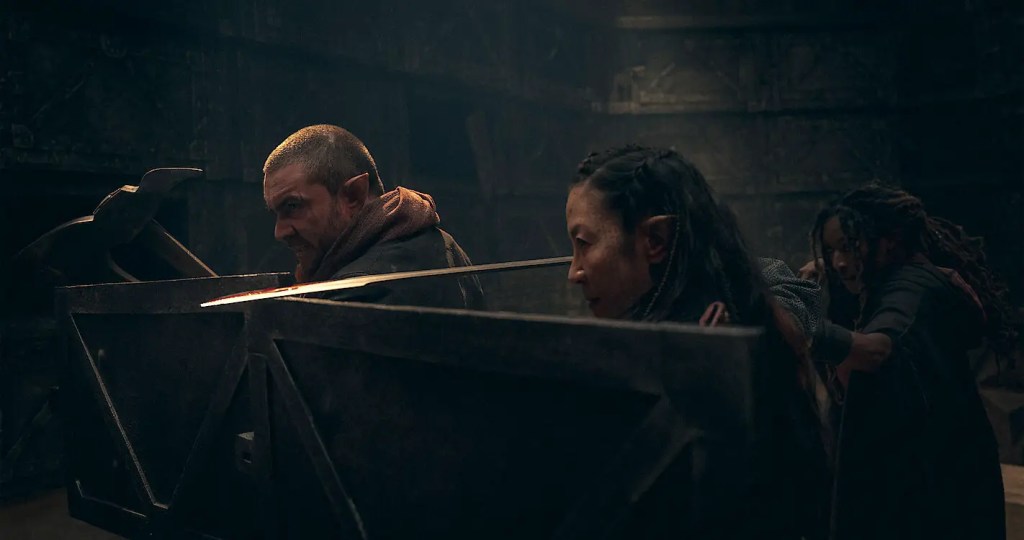 Each of the three elves represents a different family. Scian is a member of the Ghost clan, Eile is Raven, and Fjall is Dog. It will be fascinating to witness the dynamics among the clans since it is hinted that not all of them get along particularly well.

The narrator between the past and the present is Seanchai (Minnie Driver). 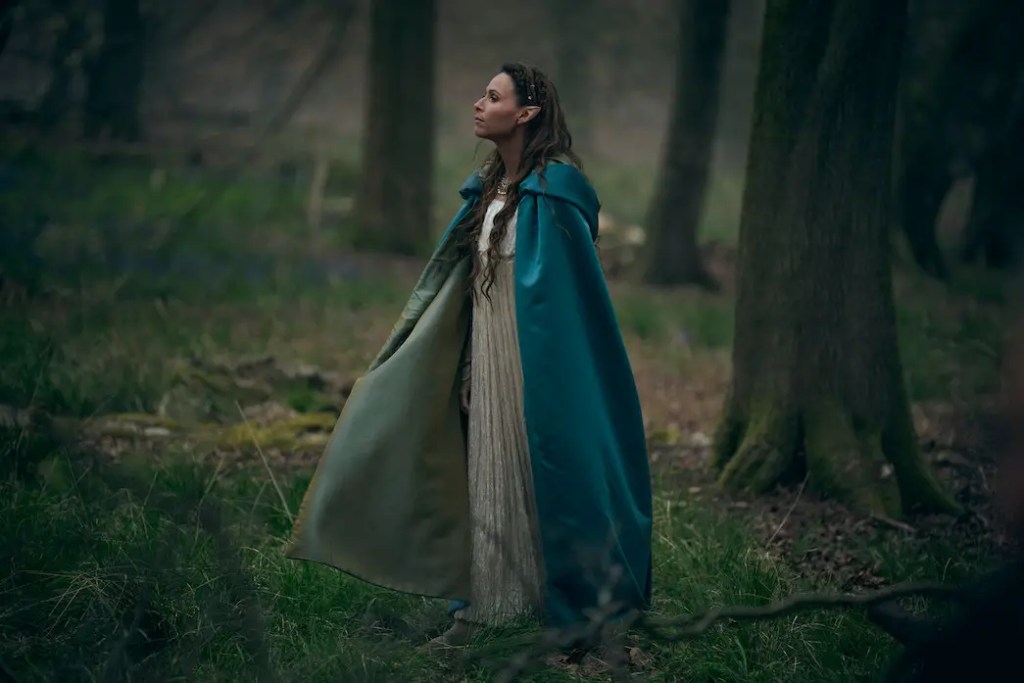 Next in the picture are Callan (Huw Novelli ), also known as Brother Death, and Meldof the Mad (Francesca Mills ). 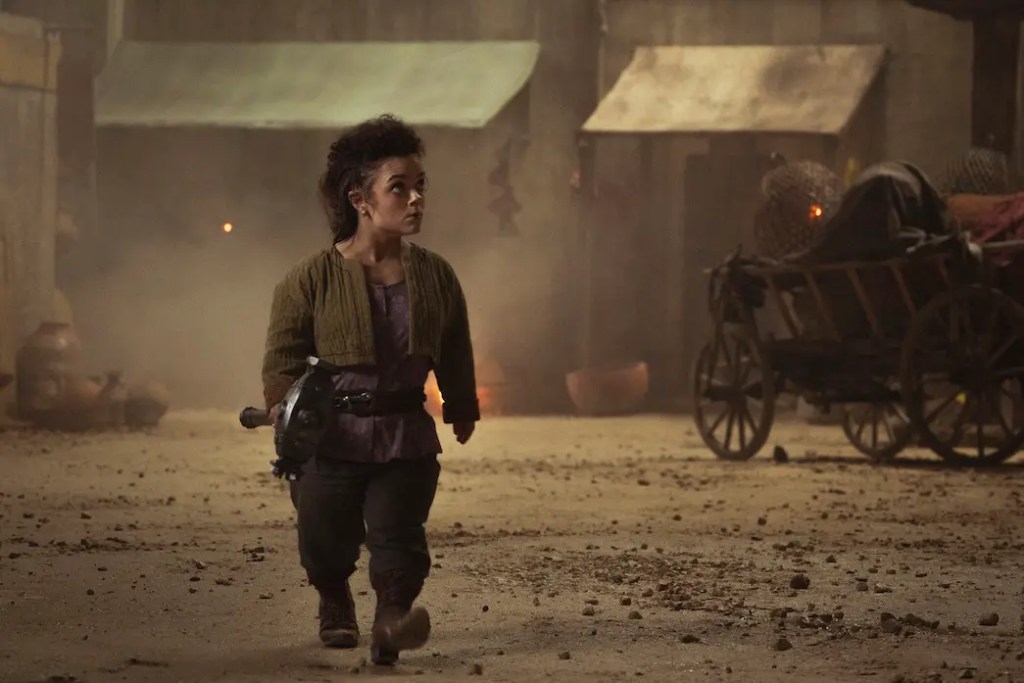 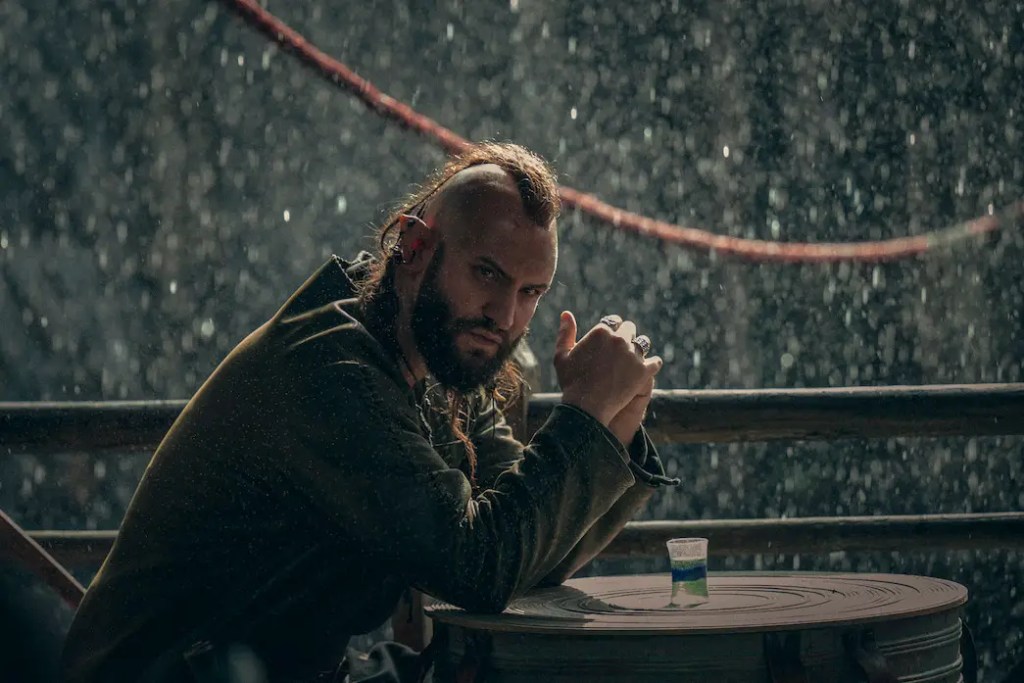 Last but not least, there are Chief Sage Balor (Lenny Henry) and Princess Merwyn (Mirren Mack). 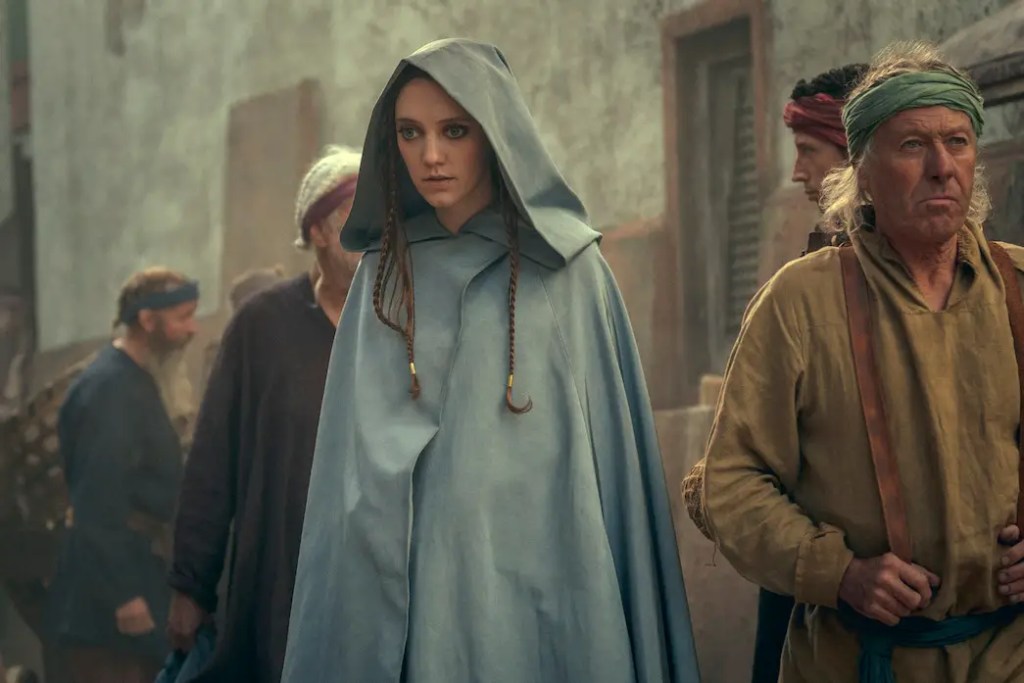 The show will release on December 25 this year. Get ready to have a blast with The Witcher‘s spinoff cast. And, if you have not seen The Witcher yet, check it now on Netflix.

ALSO READ: Why Having Jaskier in ‘The Witcher: Blood Origin’ Is Much Better Than Having Henry Cavill’s Geralt of Rivia