Everything was going smooth as butter for undoubtedly the biggest show in television history, Game of Thrones until it reached a point where it didn’t have a powerful shoulder to rely on. The shoulder of the legendary writer George R R Martin. Up until the sixth season of the show, the creator heavily relied on the stories written by the British author. However, it all changed when no more material was available for seasons 7 and 8. And now, Netflix’s The Umbrella Academy finds itself in a similar scenario.

Based on the comics written by Gerard Way and Gabriel Bá have so far seen only 2 volumes released. And unsurprisingly both the volumes have been translated into seasons of the Netflix show. However, now with the third season of the show out, it has officially raced past the source material. But will it be able to do justice to the story? Or will it just follow the steps of HBO’s Game of Thrones?

How will The Umbrella Academy avoid a Game of Thrones-esque blunder?

The primary reason why the final seasons of Game of Thrones suffered was the showrunners David Benioff and Dan Weiss lacked the backing from GRRM. The writer is yet to finish the final books of the acclaimed fantasy novel series A Song of Ice and Fire. However, lucky for Steve Blackman, the showrunner of the Netflix Original, he has much better access to the further story of the comics. 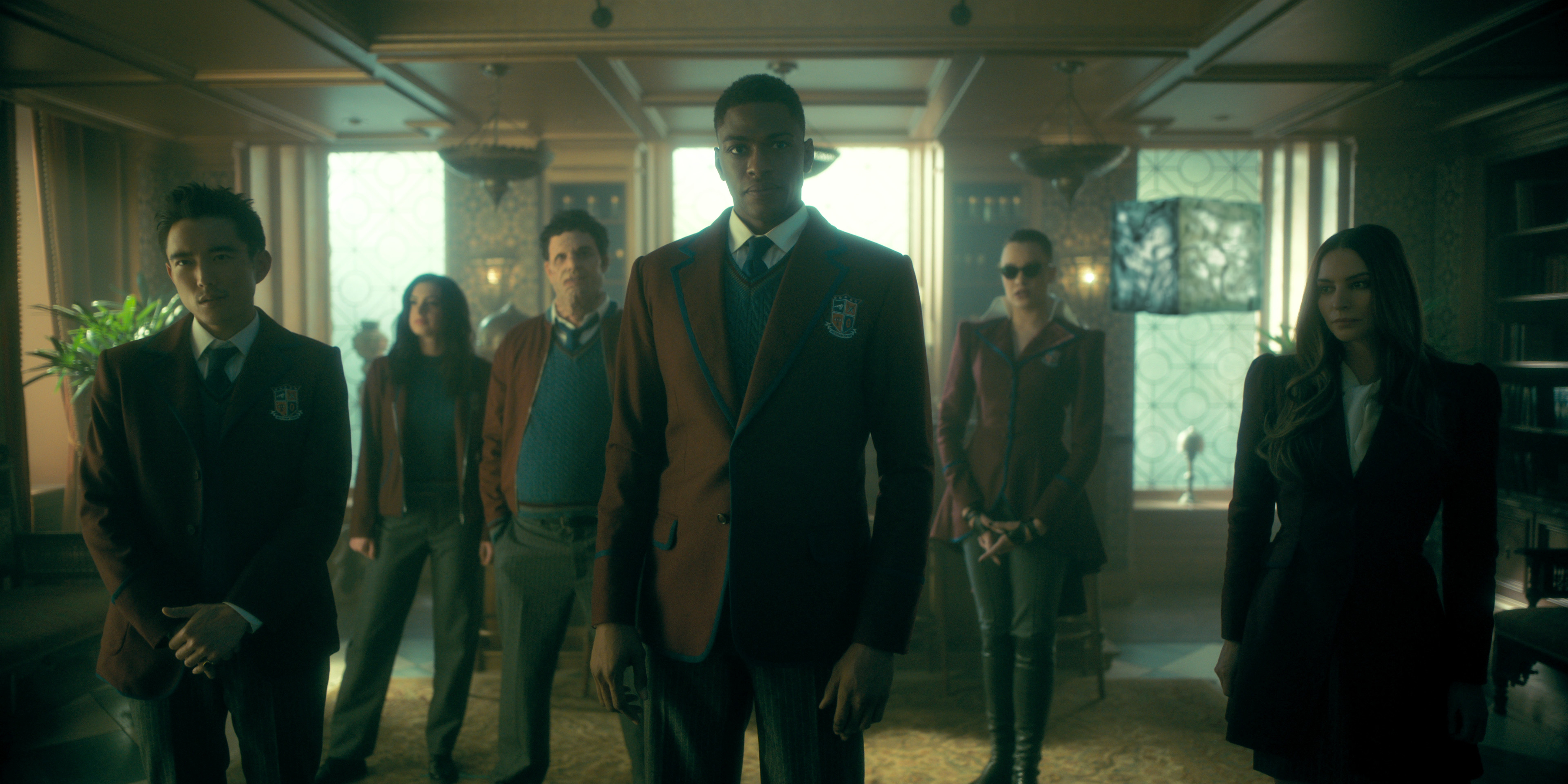 “[Umbrella Academy co-creators] Gerard Way and Gabriel Bá have great generosity of spirit. They know the next 10 volumes that they’ll write over a decade. So they always share with me where they think they’re going,” Blackman said. It is also interesting to see the relationship The Umbrella Academy both the show and the graphic novel have established among themselves.

There have been many a time when they have inspired each other. Blackman revealed how the creators often take things from the show and add them to their comics, “Things we do in the show, often they say, Hey that’s cool, we’ll put that in the graphic novel.” However, he has also talked about how he doesn’t want to get too ahead of the comics. Blackman says, “I don’t want the show to eventually completely go off to a corner that doesn’t match anything they’re doing.”

ALSO READ: OPINION: Netflix’s Plan for ‘The Umbrella Academy’ Season 4 Might Just Work Out Well for the Streamer’s Future

What do you think will the further seasons of the show would look like? Do you think it will meet the same fate as Game of Thrones? Let us know in the comments below.

Besides Christine, What Does Fans Want From Selling Sunset Season 6 and 7?