Henry Cavill is among the few A-listed stars Hollywood can certainly boast about. Not only has he charmed the industry with his red and blue cape, but he also made a separate place in fans’ hearts with his courteous personality. Furthermore, his physique is something even other celebrities consider an ideal body. Another such enduring entity is the Terminator jewel, Arnold Schwarzenegger. Just one generation apart, we can certainly classify both household celebrities as someone who has purely muscular bodies. 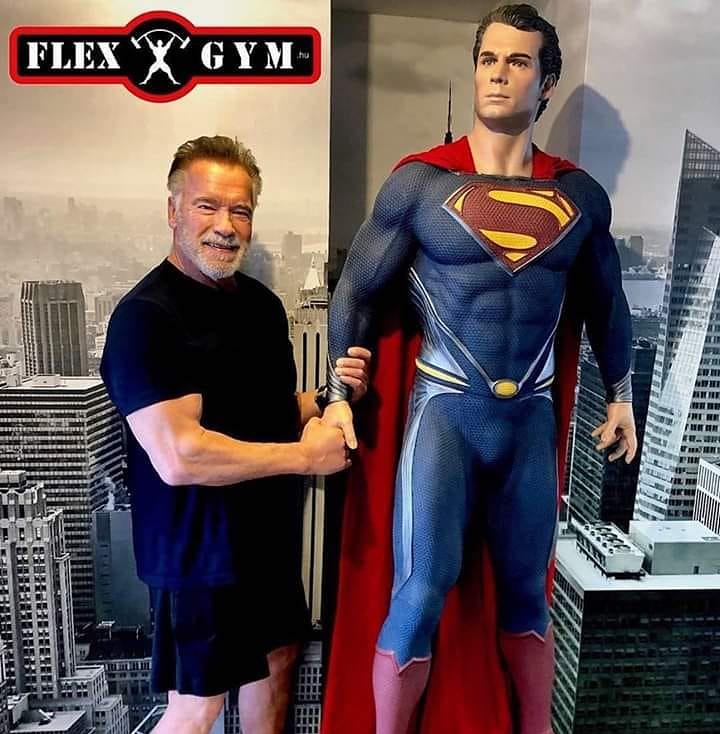 While The Witcher star broke all expectations with his Hulk-like body and a jaw-dropping performance as Geralt of Rivia in the Netflix Original. The seven times Mr. Olympia title winner is a legend of his own. Now just imagine the two kings of body-building training together! It would be a dream come true.

Now, what if we told you the miracle has already happened? (We are not screaming, you are.) Apparently, the two stars crossed paths in the infamous Budapest gym back in 2020, giving fans a rush of excitement down their gut.

While Schwarzenegger has devoted his life to bodybuilding and the film industry, the Man of Steel also has always been conscious of his outlook. Both the stars met in Flex Gym, Budapest, and seemingly got clicked, forever capturing the moment for their millions of fans. In the snapshot, Cavill gave a front pose while resting one of his arms on the robot-like mannequin, and the Terminator star gave a side pose. Both were clearly showing off their shoulder muscles, looking as hot as they could. The robot, perhaps, is a man-made incarnation of Arnold’s Terminator.

The Gym thanked the actors in the caption of its post, calling the moment to be “historical.” The post has amassed 3000 plus likes and comments enough to fill a novel with heart and fire emojis. Well, it sure was a moment worth remembering and a gift for fans to cherish forever.

ALSO READ: Will Henry Cavill Reject the Role of James Bond for the Same Reason As Hugh Jackman?

Did you love seeing two generations of passionate bodybuilders together in one frame? Let us know in the comment section below.