“That’s just the way for a hunter, ain’t it? You live a great life and die a great death.” Little Maisie says this to Jacob, a hunter. Hunting the monsters in the sea and conquering the devil was one of the noble professions. This reminds us of Herman Melville’s novel Moby-Dick or The Whale. Captain Ahab wants to take revenge against Moby Dick, a giant white sperm whale. Here, in The Sea Beast, there is a giant colorful monster roaming around in the Dregmorr Sea.

Jacob, along with the legendary hunter Captain Crow, is on a quest to hunt the monster. A young girl named Maisie Brumble stows away on the ship. Along with the quest and revenge, there are many moments where this little kid melts the cruelest of the men. Along with the plot and the characters, there is one more thing that makes the movie way more interesting and exciting. Just like Stranger Things, this movie has exciting music. Apart from the music, the dark-colored background accurately represented the melancholic and eerie tone of the show. In the same way, The Sea Beast also has colors at their disposal to reach our senses.

The Sea Beast is a colorful picture!

Any animation movie is appealing because of its music and the colorful picture it represents. Colors play a vital role in conveying the message of the movie, as each color represents a different emotion. As Netflix Geeked pointed out, The Sea Beast is no exception. The movie represents bravery, curiosity about exploring the unknown, firm attitude, and love with the brilliant use of colors.

“Colors are strong themes. Red versus green. The use of yellow for anger and corruption. Moments of pure adventure—where we use crisp blue skies and white clouds. And then there’s lavender and magenta—wonder and aspiration.”

As seen, when the hunters were about to fight, the sky would be dark and the music would be serious. In the exciting fight between Jacob and the monster, in the beginning, the bright sunny day keeps us on the edge. From the very beginning till the end, the movie doesn’t stop making us wonder what would happen next. 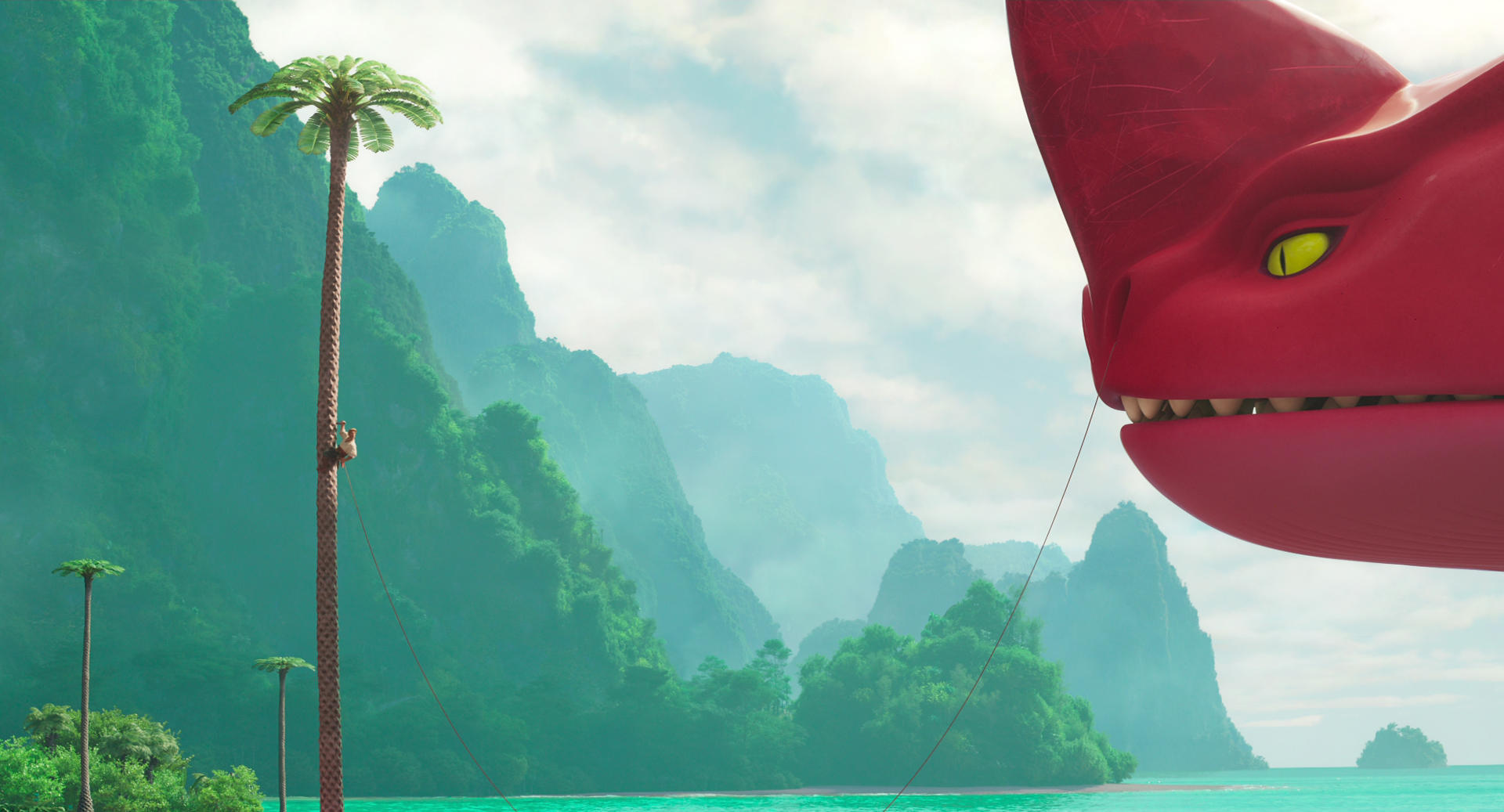 When Captain Crow faces the monster, and Jacob saves him, he wants to give the captain’s rights to Jacob. With the adventurous spirit and fire that the Captain inherited from his father and grandfather, he wants to pass the legacy to Jacob. The scene is shot behind a closed door. The surrounding is darker and the dim lights create the scene more intense. Even when Maisie bonds with that little creature, Blue, they are surrounded by beautiful green trees and the light is directly approaching Blue. Jacob says, “You named that one Red. You named this one Blue. We stay here much longer, and we’ll have a rainbow of critters that wanna eat us,” which represents the colorfulness of the movie.

Also Read: “I Was Secretly Hoping To Be Cast As Blue” Reveals The Sea Beast Star Zaris-Angel Hator

Well, did the colors touch your feelings too? Have you watched this thrilling movie already? Let us know your observations and share your reviews with us.