Kanye West is a man of many credits. He is always under the spotlight, whether he has a song or not. Recently, Ye has been making the headlines for peculiar reasons such as his legal feud with GAP and Adidas or his social media posts on comedian Pete Davidson or his ex-wife Kim Kardashian. However, West has an incredibly successful career in music and also in the design industry. The Flashing Lights hitmaker is a multi-industry tycoon and inspires tons of individuals worldwide. But do you know who inspires Kanye West?

Marshall Mathers, AKA Eminem, is one of the greatest rappers to ever exist. His wordplay and lyrics are incredibly powerful. Slim Shady, as we all know him, has been an inspiration to not just ordinary people but a plethora of successful celebrities, too. His blazing talent behind the microphone leaves the fans in awe every time. However, while a lot of individuals look up to Eminem for his lyrically powerful songs, Ye, on the other hand, is in awe of another skill Eminem possesses.

But what exactly does Eminem have that inspires Kanye West? Let us find out.

How does Eminem inspire Kanye West?

Apart from his songs, Kanye West is also in the limelight for his opinions and statements, some of which are highly controversial. In recent times,Ye has been making the buzz for taking shots at multi-billion industries and calling out various celebrities on Instagram. Therefore, it is a rare sight to witness the Heartless singer speak good about somebody. 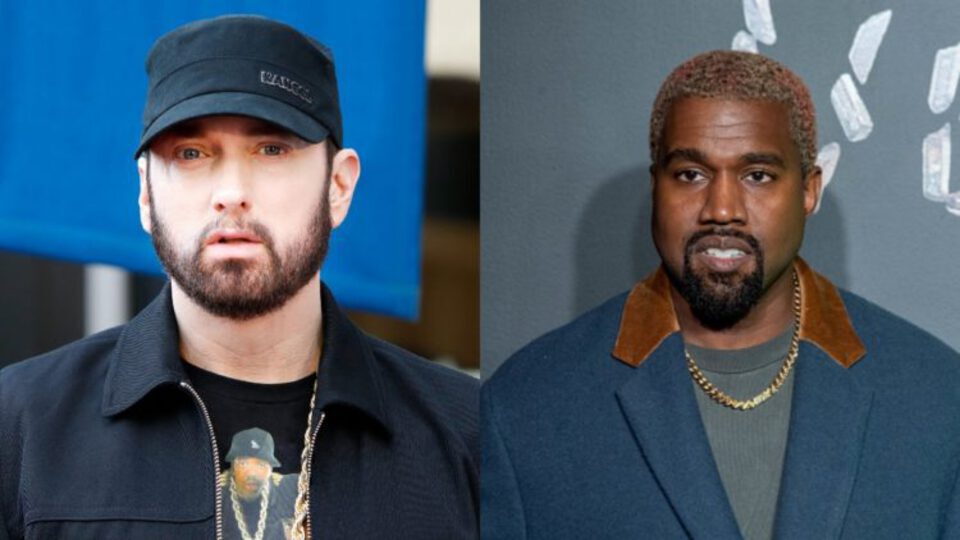 Kanye even added that he was intimated by Eminem, who was the biggest superstar of that time. As of late, Ye is going through a series of legal feuds with Adidas and GAP. And recently, following his spree of controversies, another major brand has decided to cut ties with the rapper.

ALSO READ: After Running for Presidential Elections, Kanye West Follows Yet Another Trump-Esque Step After Getting Zucced From Instagram and Twitter

What are your views on Kanye West? Do let us know in the comments below.