Ryan Reynolds wanting to buy the Ottawa Senators is a known fact now. The actor has been trying everything he can to reach a level where he can easily be a part of the team. He even expressed his visions for the NHL’s Ottawa Senators as well. Expressing his love for his motherland, Reynolds even has a plan through which he wants to take the team to a global level. According to recent reports, the Deadpool actor keeps on advancing the talks about buying the team.

The People’s Icon is already a co-owner of a Welsh professional football team, Wrexham AFC. To acquire control of the team, he slid into the DMs of his now partner, Rob McElhenney. While people already love the work this duo has done over the Wrexham Association Football Club, the Canadian fandom is waiting for Reynolds to do the same with Ottawa Senators, too. Let us find out if he is closer to fulfilling the dreams of these Canadians or not.

Ryan Reynolds is getting closer to acquiring another sports team

The actor has already charmed the Senators’ executives are known incidents. The actor also once revealed he would need partners with deep pockets as well. And now, according to the latest reports, we will see a detailed plan for the selling process of the Ottawa Senators very soon. A journalist named Bruce Garioch revealed the New York bank, Galatioto Sports Partner, would soon reveal a report about the finances of the team.

However, the process started in November 2022 with a condition to keep the Senators in Ottawa only. Then Garioch revealed more than 20 groups had inquired about buying the Senators from the NHL or from GSP. Then in December, the commissioner named Gary Bettman opened up about the process. He revealed many potential buyers of the team had signed a non-disclosure agreement to see the team’s finances.

And now, the GSP would take a decision on which buyer would move forward with the buying process. Bettman might close the sale by opening communication channels for the buyers. He aims to close the sale with a range between $800 million to $1 billion. However, the value of the Senators is $655 million. 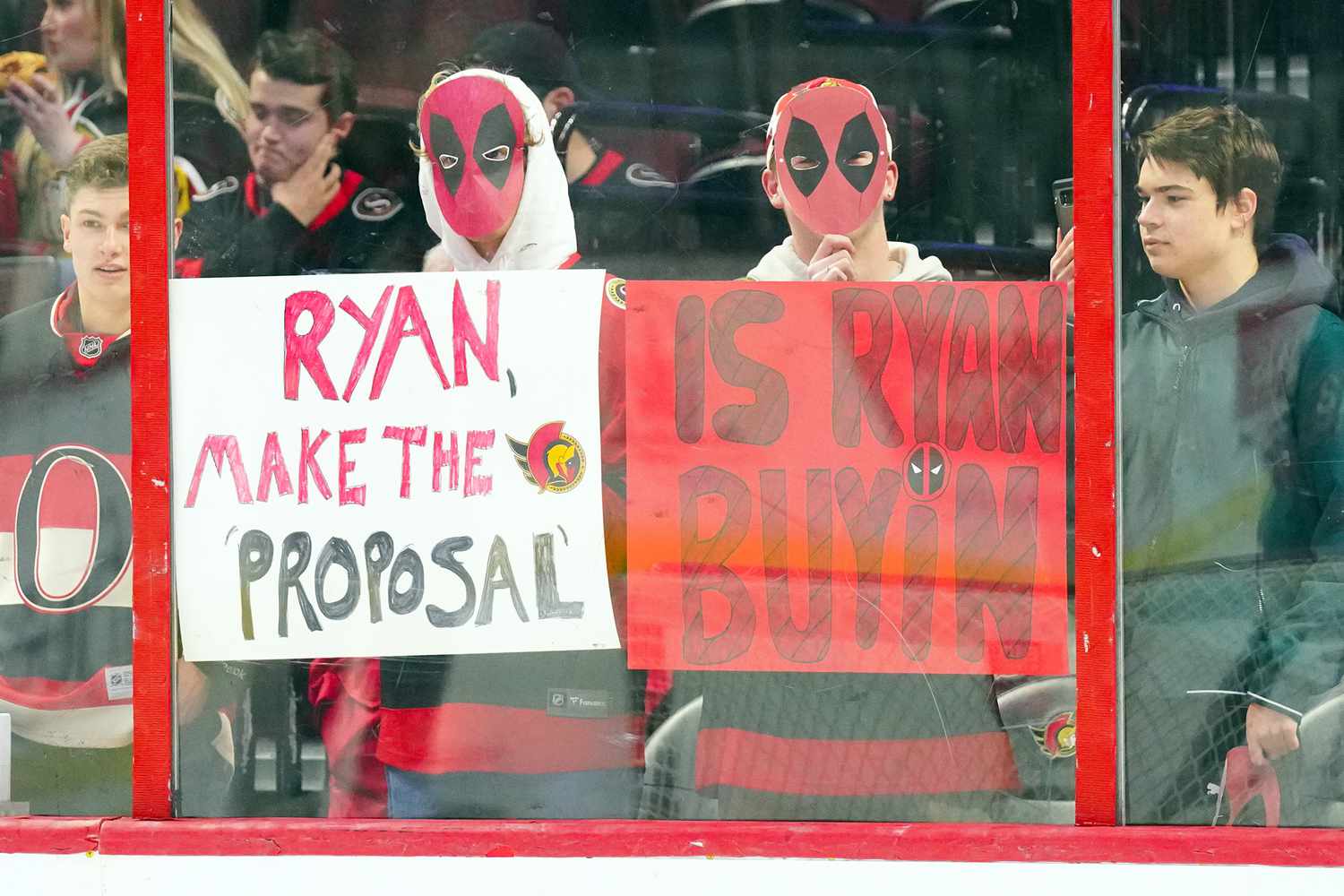 And the American-Canadian actor reportedly met with the commissioner, Gary Bettman, recently to talk about buying the team.

While waiting for further updates till next week or so, what do you think about Reynolds getting the chance to buy the team?