Ryan Reynolds is one of the goofiest actors in the industry right now. Not only is he fascinatingly talented, but he is also one of those celebrities who has taken up a lot of successful businesses apart from acting. Among many, the most ludicrous recent acquisition he made was the purchase of the world’s oldest football club, Wrexham FC. The club bagged a big win in its last National league match against Maidstone united with a score of 5-0. And fans have been flushing their social media handles to congratulate the actor. 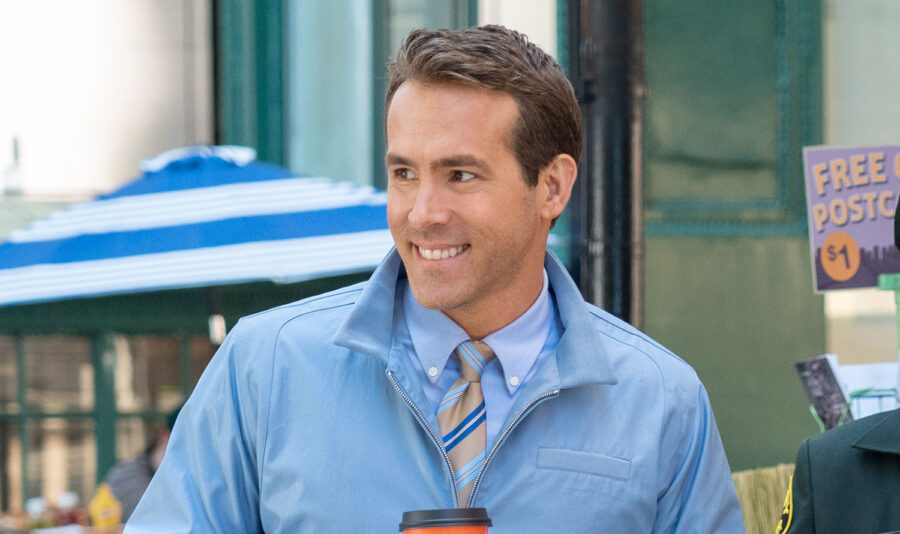 And it seems like even the fans of the Merc With a Mouth actor are as much of a laughter riot. One of the fans tweeted a selfie of herself at the stadium, congratulating the team for their historic win. However, she also accused Reynolds of violating the restraining order. As one can explicitly see in the tweet below, The Adam Project’s character alum is undoubtedly within the 10 feet circumference and hence correctly accused. Much to our surprise, the Canadian owner of the club replied to her tweet, making it all more jocular.

Ryan Reynolds clarifies why he violated the restraining order

As soon as the tweet came to his notice, the actor defended himself without wasting even a second. He straightforwardly said that the fan who accused him started it. Had she not taken a selfie anywhere around him, he probably would not have photobombed her selfie.

Yes, we know you are laughing out loud right now! Let’s just hope both of them have now come to an understanding and will not violate the law in the future again (Okay, okay! Even we are hoping he secretly breaks the law for us).

ALSO READ: “I got him a friendship piranha”: Ryan Reynolds Gets Possessive About Sharing his Best Friend with A Little Girl From Broadway

Rob McElhenney and fellow owner and Hollywood celebrity Ryan Reynolds are reportedly in the UK preparing to broadcast their much-awaited documentary series Welcome to Wrexham next week. Reynolds had witnessed Wrexham’s victory during a solo visit last season. Are you excited for more such Ryan Reynolds content? All you need to do is stay updated with us. You can even follow us on our Twitter handle for the latest Reynold news.