Ryan Reynolds gave a light-hearted turn to turn Roger Federer’s tears. One of the best tennis players in the world, Federer, finally laid down the racket for good this year. The Swiss professional was ranked number 1 for a long time and is an absolute icon, not only for tennis fans but sports enthusiasts around the world. The champion had an amazing career for over 25 years with more than 1500 matches. Needless to say, the world of tennis would not be the same with the 41-year-old retiring, leaving an enormous gap to fill. 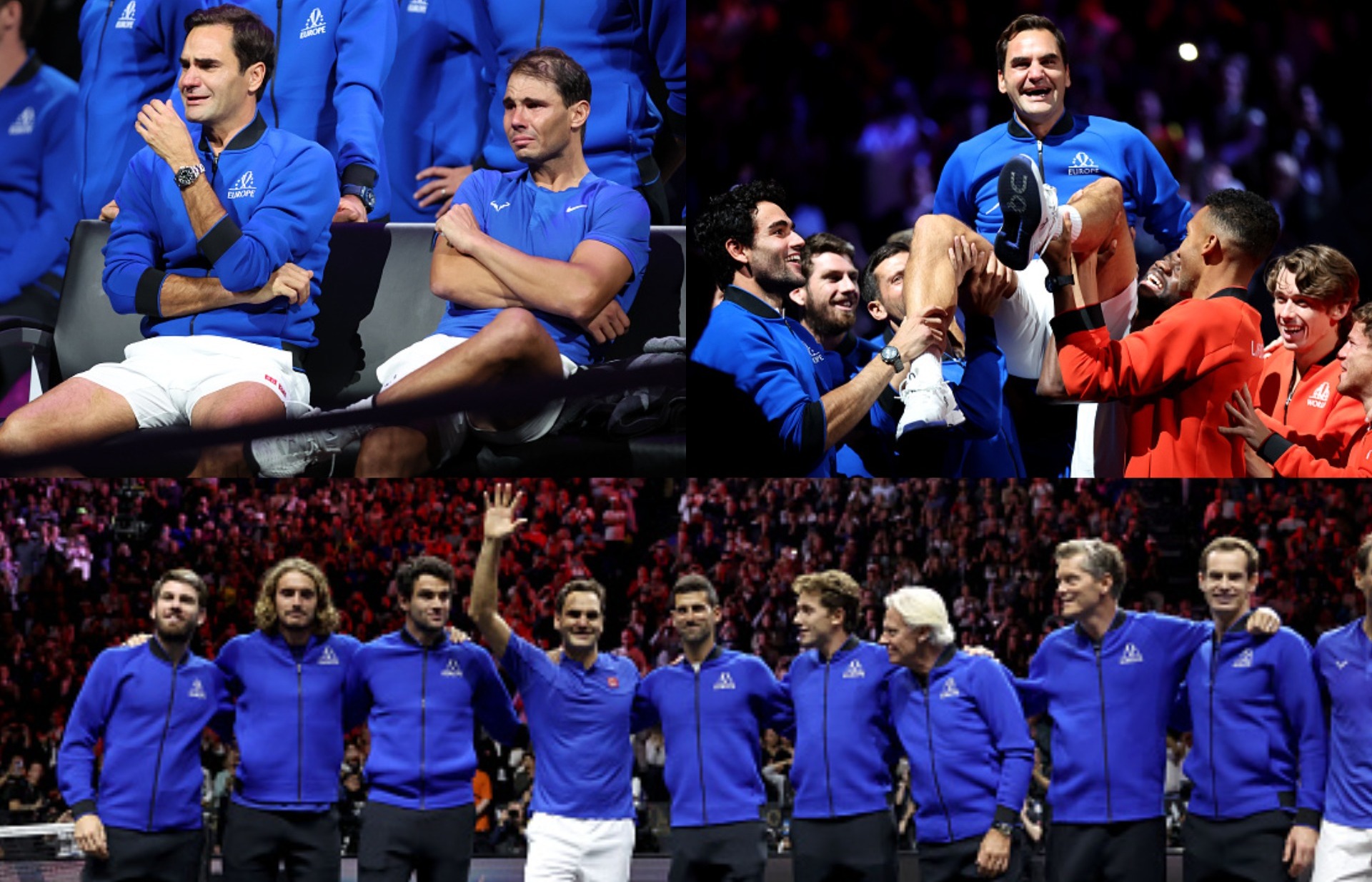 Naturally, Federer’s retirement was an emotional one at London’s O2 Arena. The picture of him and opponent Rafael Nadal in tears only added to the intensity of the retirement of the former. The topic has been trending hot on social media. And jumping on the bandwagon is Deadpool star Ryan Reynolds, who gave a pause to the heaviness with his funny twist.

Roger Federer and Rafael Nadal almost had no near competitions, since both fought each other to stay at the top, throughout their career. Despite the on-field rivalry, the two shared healthy, in fact, close relations. That is the beauty of sport, it brings you together even in competition. The image of the two sharing tears over Federer’s retirement was a perfect example to showcase true sportsmanship.

Wrexham Club owner Reynolds replied to a tweet on Twitter saying “I feel that’.  The tweet had a small clip of Nadal and Roger sobbing in pain over the latter’s retirement. The post was made from the Wrexham Club Podcast profile with the caption, “When you start thinking about all the Wrexham shirts you’ve gotten rid of in the past and realize you’d be a millionaire if you sold them now.” Ryan managed to connect the tennis legends’ retirement clip to Wrexham fans that threw their football jersey previously, once again proving his marketing genius.

ALSO READ: “How did this end up in the f***ing show?”-Ryan Reynolds Shocked at THIS Scene in ‘Welcome to Wrexham’

To give a recap, the Wrexham AFC is a Welsh football club, recently purchased by comedian Rob McElhenney and 6 Underground actor Ryan Reynolds. The duo purchased it to revive the club and even made docuseries out of it. The geniuses are actively publicizing the club to increase its demand and giving hope to the club’s fans for clenching out on their Wrexham team jerseys.

What do you think of Ryan’s latest promotional gimmick on Twitter? Share your thoughts in the comments below.