What would be more fun than watching a show as alluring as Bridgerton? Well, maybe you’d have a hard time figuring that out. Let us help you with it. The one thing that can top the experience of watching Bridgerton is watching how it all came into existence. And to tell us about that, our favorite Ton girls, Penelope and Eloise, took us on the set tour of Bridgerton Season 2. In a rather fun and hilarious manner, the duo led us through the various settings and places that we see on the show and also revealed some secrets about those places.

From the exclusive clubs to little tea shops, the London Ton indeed enjoys being in the beautiful places. Hence, the vibe that Bridgerton Season 2, and even Season 1, emit is nothing but exquisite. It feels like it is finally the time we get to know the set more closely, and also learn how things are behind the camera. So, what are we even waiting for? Let’s join our girls, Nicola Coughlan and Claudia Jessie, on a set tour for Bridgerton Season 2 and 1.

First, the ladies take us to a place that they would never visit in the universe of the Netflix Original. Not that they are not allowed to, but no one ever really invites them to be there. Yes, we are indeed talking about Will’s Club, where men usually hang out, drink, and make deals. Honestly, this place is not even something that our girls would enjoy, besides those drinks, of course. Nicola and Claudia are rather cheerful around the drinks. We do hope they are careful with them, though. They also revealed that the club is actually based on an actual nightclub in Las Vegas. You should look for the original club if you ever visit Vegas. 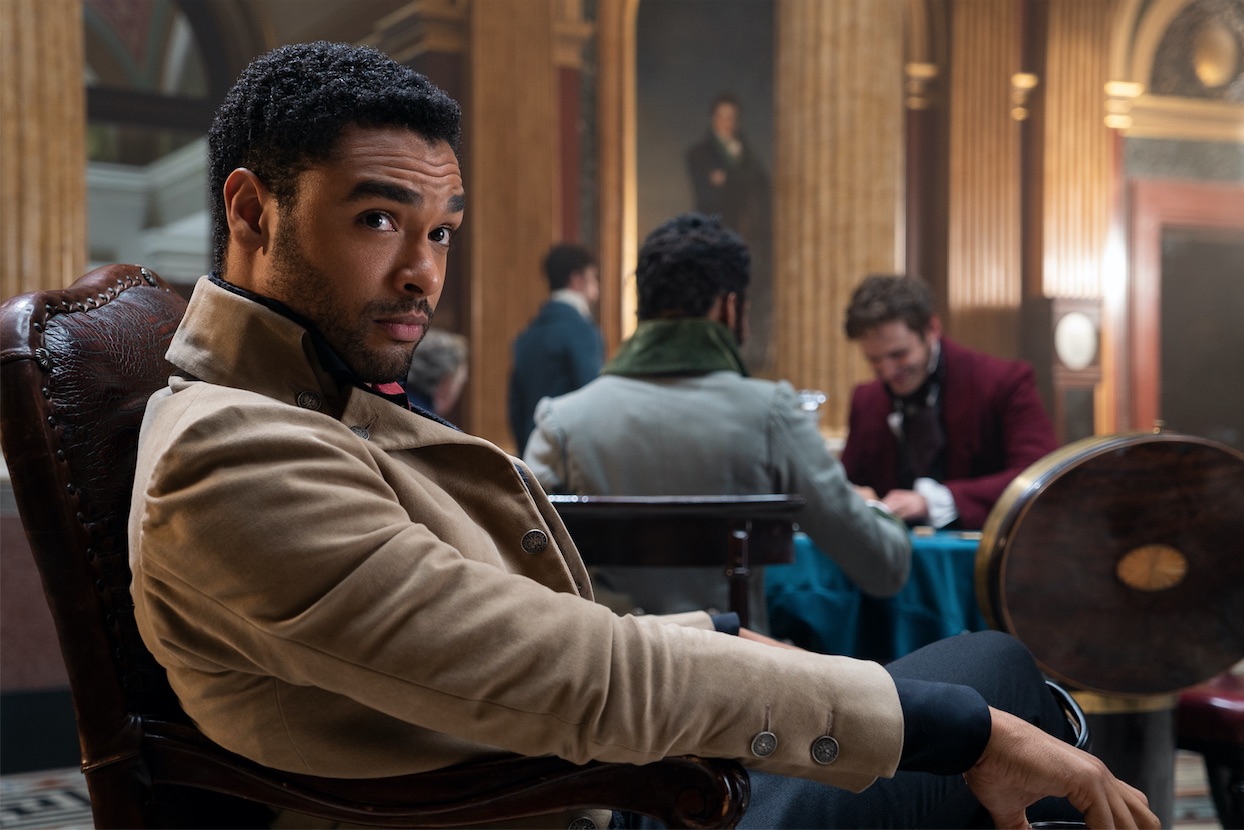 Next up on the tour is a little shop on a street inspired by a couple of lanes in Bath. They take us into Gunter’s Tea Shop, and there they expose us to the most unsettling truth from the show. The cakes we see in that shop are all fake, they are made of Styrofoam. Truly heartbreaking. It is no lie that Bridgerton gave us this cute idea of tea-shop dates, and Nicola and Claudia are also team tea-shop for dates. We hope to see more of them in Bridgerton Season 2.

Madame Delacroix and her “huge” role in Season 2?

After the beautiful little tea-shop, the duo takes us to Modiste, the shop of Madame Delacroix. While they guide us through the beautiful little shop, they talk about the actual designer who makes the Bridgerton costumes from scratch and also hint that Madame Delacroix will play a “huge” role in season 2. Nicola also tells us the most important thing in Modiste, which is a vase of a very specific kind of pottery called Belleek. Which also happens to be her mother’s favorite. Hence, she just picks it up to take it home.

A promenade with Miss @nicolacoughlan and Miss Claudia Jessie through the sets of Bridgerton sounds rather lovely, does it not? pic.twitter.com/dP5aCrBEGe

As the last stop of the set tour, Penelope and Eloise take us to the rather iconic drawing of none other than Lady Danbury. While pointing at a painting of her, Penelope says, “She is beauty. She is grace. She’s serving all that face,” ICONIC. They also revealed that the artist who makes all these paintings lent their hand as Lady Whistledown’s hand. They also talked about how their personal drawing rooms would look like, with Penelope’s marriage with Colin Bridgerton.

What places are you most excited to see in Bridgerton Season 2, dropping on Netflix on March 25, 2022?