Over the years, the now Queen Consort Camilla has made a special place among the people with her compassion and composed nature. However, there was one time when the royal lost her composure in a formal setting. And it has something to do with the former working royals Prince Harry and Meghan Markle.

It was in April 2022 that Harry and Meghan paid their first collective visit to Britain following their departure two years back. The Duke and Duchess of Sussex made a whistle-stop at Windsor Castle to have a brief meeting with Queen Elizabeth II and Harry’s father, King Charles III. This was also the last time that the Prince could meet his beloved grandmother. During the quick visit, Harry suggested something that left both Charles and his wife Camilla amused.

Harry and Meghan were traveling to the Invictus Games in The Hague when they made a pit spot at Windsor Castle. The Sussex royals came with the intention of peace-making following their explosive interview with Oprah Winfrey. Before meeting the late Queen, His Majesty and Camilla decided to have a personal meeting with the couple.

The Duke of Sussex does not share a very cordial relationship with his father and brother William. Thus, to solve the differences between the family, Harry suggested taking the help of the mediator. His idea did not go with the royal couple. Hearing him, Charles gave a shocking reaction. Meanwhile, it was Camilla who stole all the thunder by spitting her tea.

“Harry went in with hugs and the best of intentions and said he wanted to clear the air. He actually suggested that they use a mediator to try and sort things out, which had Charles somewhat bemused and Camilla spluttering into her tea,” a source was quoted as saying by Vanity Fair. Notably, royal expert Katie Nicholl’s book The New Royals illustrates this incident. 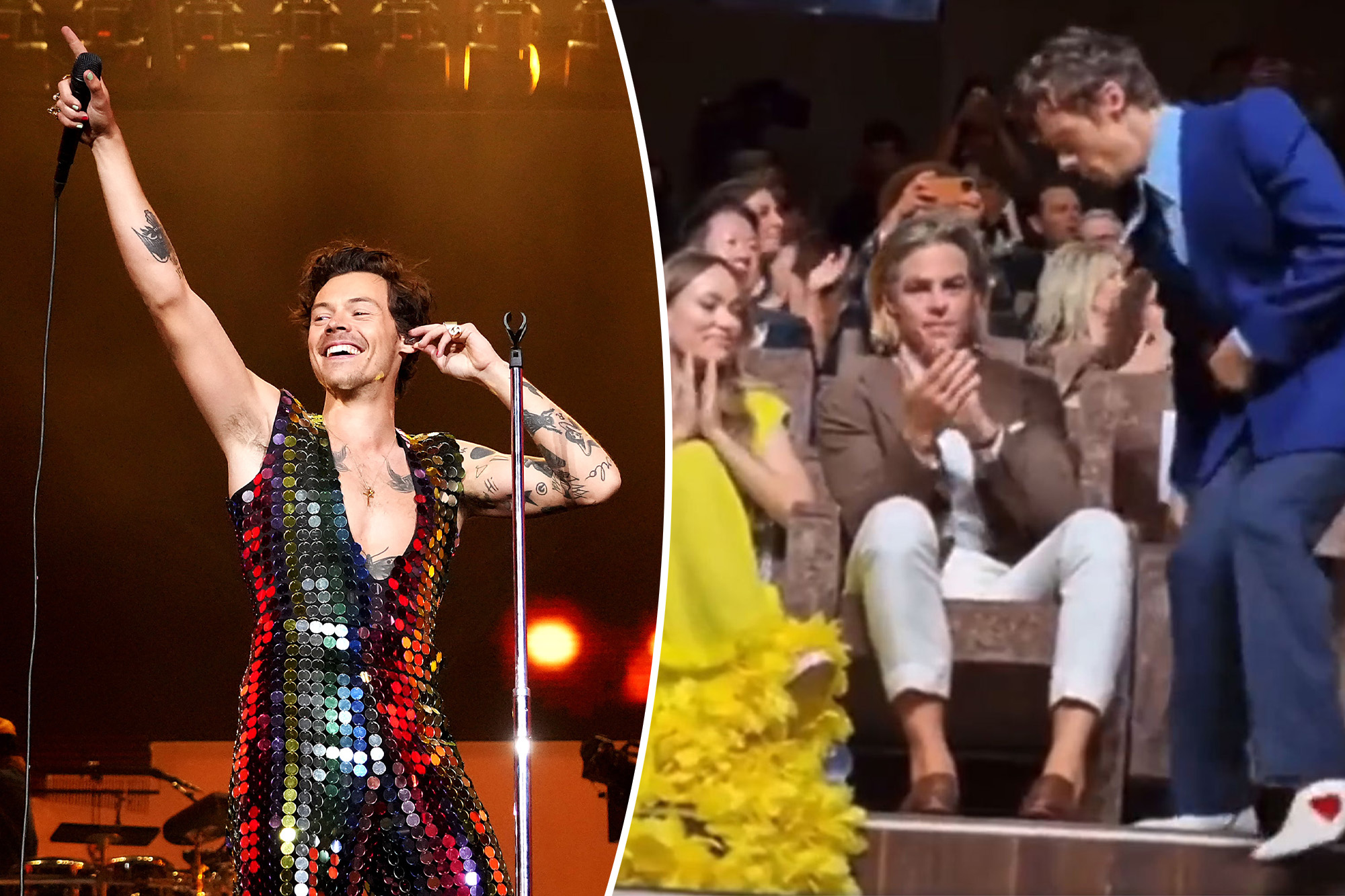 The Queen Consort spitting tea is reminiscent of yet another spitting incident in the recent past, where Watermelon Sugar singer Harry Styles allegedly spat on his Don’t Worry Darling co-star Chris Pine during its preview at the Venice Film Festival 2022. But this comparison aside, things don’t seem to be getting any better for Prince Harry and his strained relationship with the Royal Family.

ALSO READ: From Wearing a Microphone for Netflix to Holding Hands, Meghan Markle Finds Herself at the Receiving End of Criticism After Queen’s Service

Do you think King Charles III and Harry can ever resolve the issues between them? Share your thoughts in the comments.