Marvel crossover events are huge but you know who’s a bigger fan of trolling its fans with crossovers? It’s Netflix. The streamer loves when their stars interact with each other. And so do we! One of the biggest sci-fi shows on the platform, Stranger Things stars Sadie Sink and Millie Bobby Brown once hung out with the uber-cool Queer Eye cast attache the 2018 Pre-Emmy parties. We don’t exactly know the topic of their conversation, but the girls sure had a blast partying with the guys.

The spectacular event took place at the 2018 Pre-Emmys party. When Jonathan Van Ness shared a cute picture with Millie Bobby Brown on his Instagram. Ness wore a chic shirt-style dress with calf-length boots, while Millie looked adorable in a leaf-printed blue dress, sporting a short bob.

Max actor Sadie Sink instead combined a feminine white dress with a leather vest and black boots. She chose to have a simple middle-parted tied hairstyle. 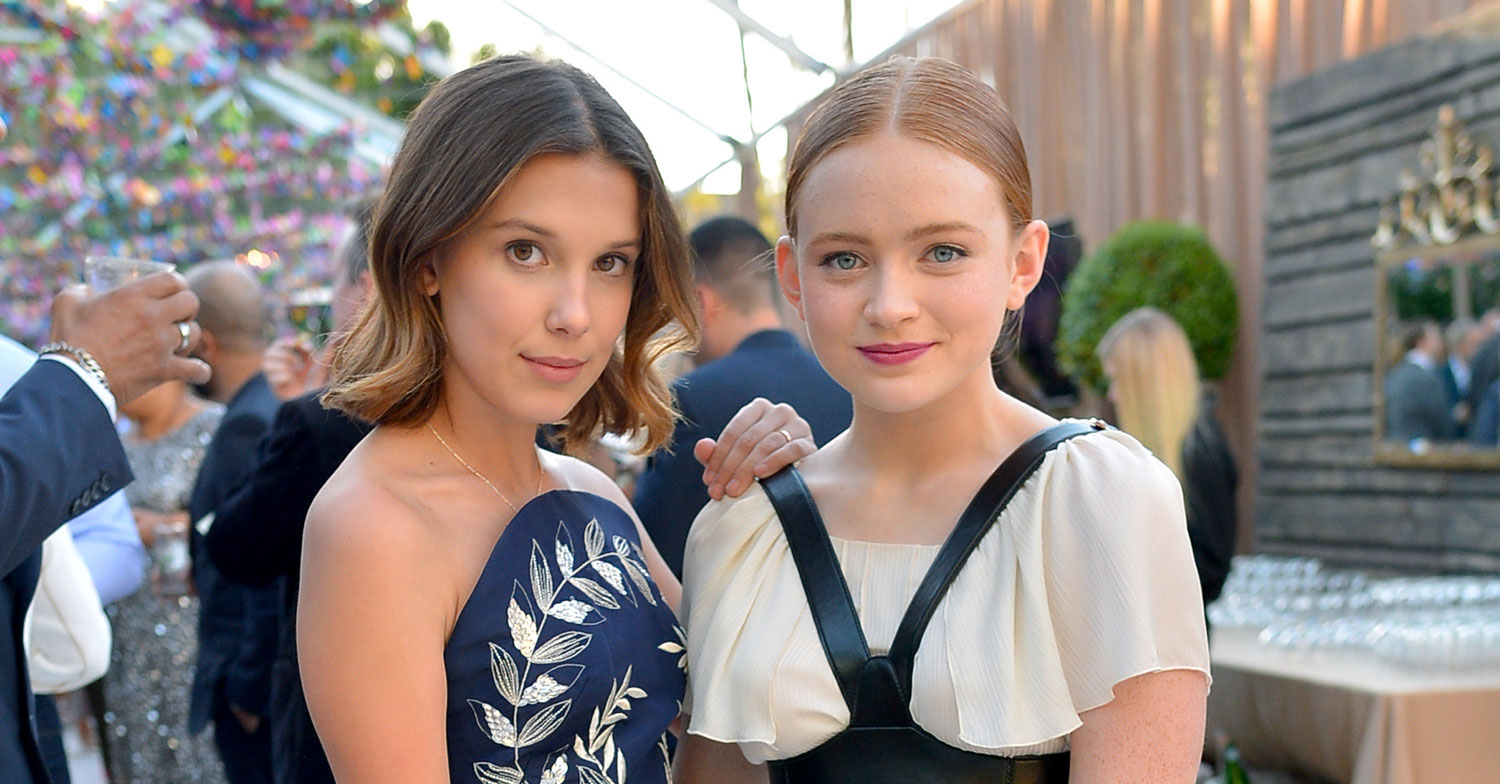 Whereas the Fab Five looked exactly that – Fab. Karamo Brown wore a striped suit, and Bobby Berk went for a chocolate brown suit and a printed shirt. Meanwhile, Antoni Porowski looked dapper in a classic black and white fit whereas Tan France picked a flamboyant shirt.

Even though we weren’t privy to their conversations, we used our fan fiction writing powers to come up with topics they might have discussed.

Ness, the mood maker of the group, must have had a deep conversation about their love for Cardi B with both the girls. Tan and Sadie could have bonded over their fashion choices while Antoni could have tried to fit into the conversation with his latest avocado recipes. The rest of Brown and Berk may have just kept to themselves and witnessed their chitchats from the sidelines.

If you miss the guys, you can watch them on Queer Eye Netflix. Stranger Things just recently concluded its fourth season, you can catch up on it here.

ALSO READ: ‘Stranger Things’ Fans Already Have a Show Lined Up in the Netflix Top 10 to Stream Next