Millie Bobby Brown has been dating her boyfriend Jake Bongiovi for quite some time now. Captioning their posts from “bff <3″ to “te amo”, the couple has come a long way. In just a year, they have gone from being extremely shy to posting publicly about their relationship. They keep making their fans go “aww” by posting alluring pictures of them being together. 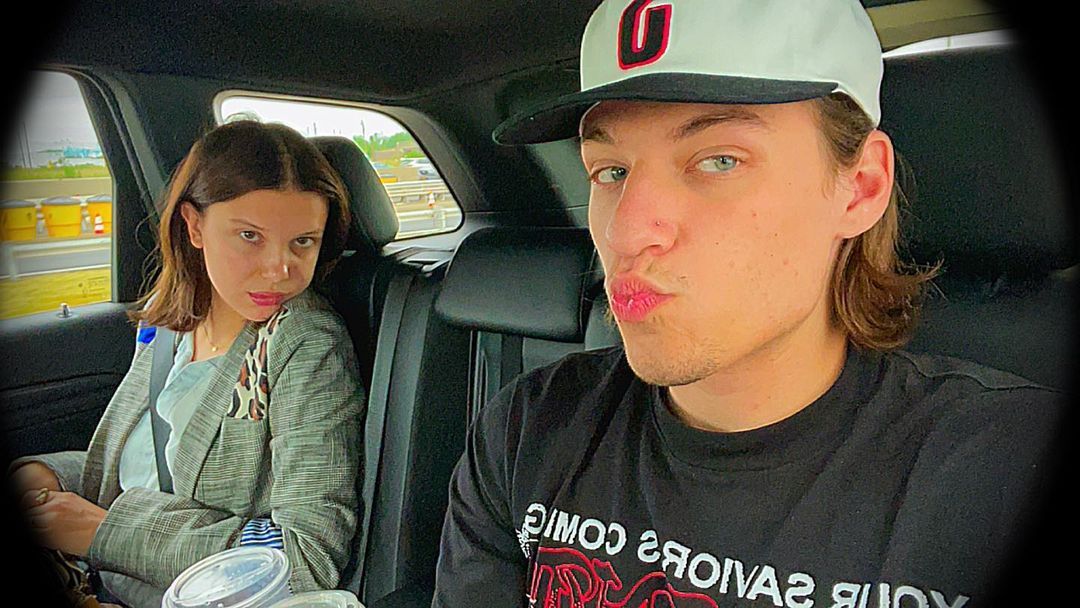 Jake is the son of rock artist Jon Bon Jovi and his wife Dorothea. Even though he has denied any desire to pursue a musical career like his famous father, he lists “actor” as his occupation on Instagram. Jake has also attended many events with Millie where they have been vocal about their relationship. Millie once again posted something that proved how adorable this couple is.

ALSO READ: Before Jake Bongiovi, Millie Bobby Brown Was Once Rumoured to Be Dating a Rugby Player

The rumors of Millie and Jake dating started in June 2021. This started when the 20-year-old actor posted a picture with Brown on his Instagram. The couple finally confirmed their relationship status in November 2021, of course, with an Instagram post.

The couple keeps on sharing a number of tender moments with followers on social media and in front of the public. The Stranger Things actress went on a dinner date with her boyfriend this Saturday evening. Brown shared a boomerang of herself kissing Bongiovi on the cheek whilst she kept her hand on his face. The actor, who is just 20, was enamored by her attention. The actress captioned the post, “kiss on cheek for you”.

And, this is not the first time when the couple has shared something like this. Brown keeps posting their adorable moments now and then.

Millie recently appeared in the fandom fest of Netflix Tudum. There, she announced her upcoming film Enola Holmes 2, which is the sequel to her 2020 hit, Enola Holmes. The film will release on Netflix on November 4, 2022.

Till then, you can watch the actress rocking it in Enola Homes, only on Netflix.

While you put that on your list of things to do over the weekend, comment below on what you think of this lovey-dovey couple and this PDA of theirs.