Although she was acting for quite some time, Millie Bobby Brown broke out on the scene with Stranger Things. She had few dialogues but her screen presence in the Netflix Original immediately made her someone to look out for. In the coming years, she continued to act, and also branched out into other things. She tried her hands at producing, directing, and even has a skincare brand, Florence by Mills.

Brown also established herself as a fashion icon. She has matured into a beautiful young lady over the years. And this is quite evident in her change of style. Here’s her style transformation from a cute kid to a confident teen.

ALSO READ: “I’m gonna die” – When Millie Bobby Brown Spoke About Her Reaction to an Offer of Becoming an Ambassador

A 10-year-old Millie Bobby Brown appeared on the red carpet in 2014 wearing a simple black dress and cute ballet flats. 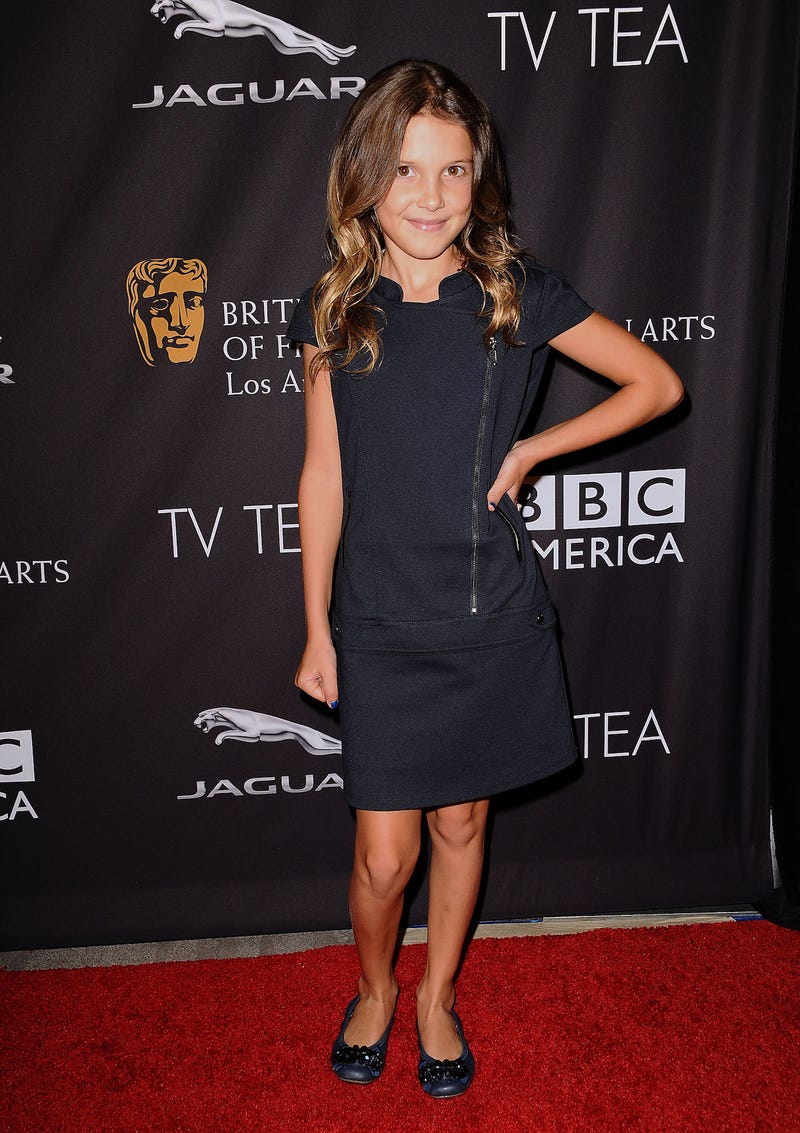 Cut to 2016, Enola Holmes star sported a gold and white lace dress with a short haircut. She paired it with some funky sequined sneakers. 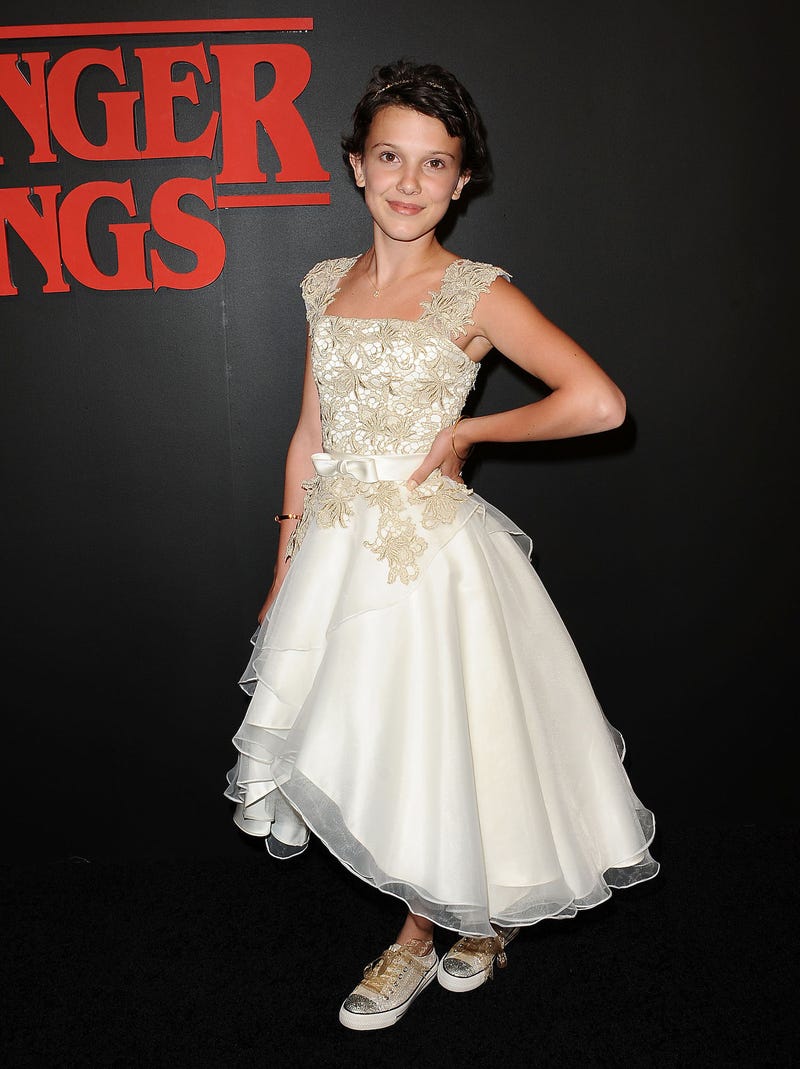 Millie upgraded her style with a Valentino dress at the 2016 Emmys. The dress had a mesh neckline, bird prints, and ribbon around the waist. She carried a clutch with her name on it. 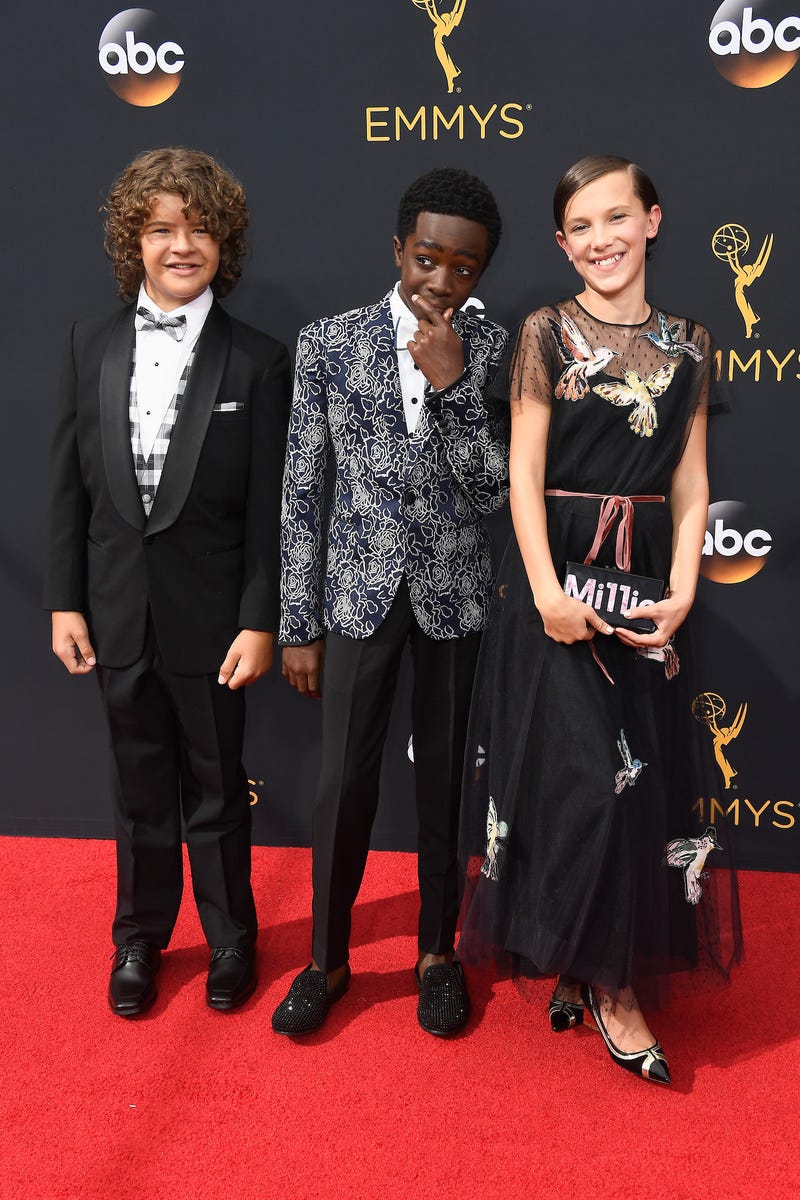 In 2016, Golden Globes appeared in a mid-length silver dress with matching stilettos. 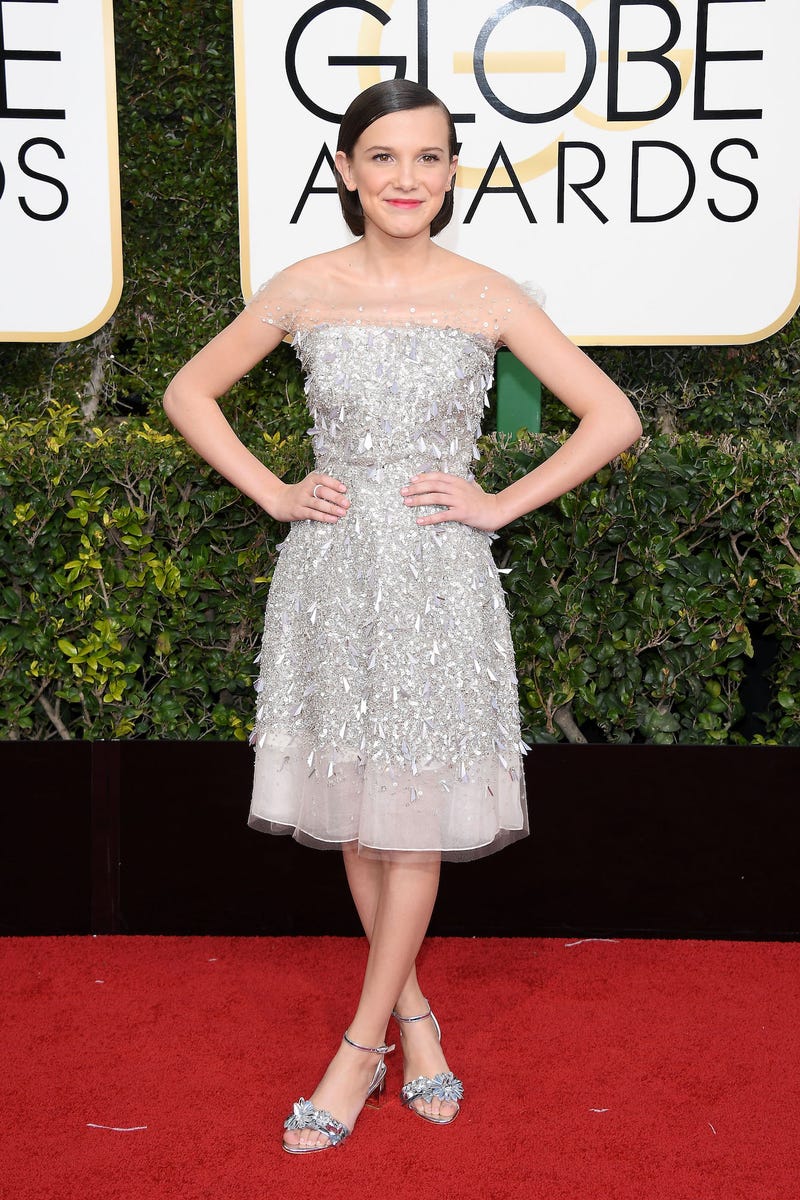 Channeling her Stranger Things character, the teen appeared in an edgy outfit at the 2017 MTV movie awards. She donned a simple white mini dress with a blue ribbon and matching cowboy boots. 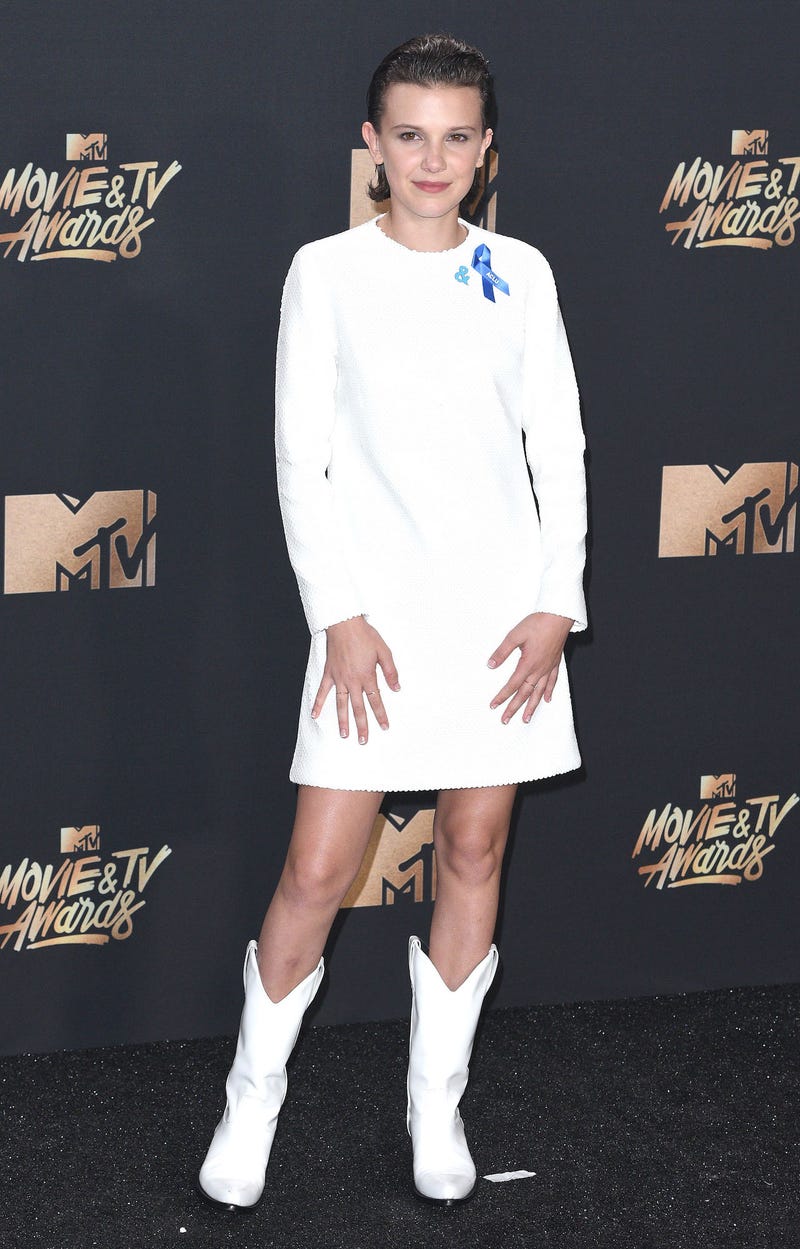 Brown continued sporting edgy looks at the 2017 MTV Video Awards. She was seen in a black tulle-styled dress with black combat boots. 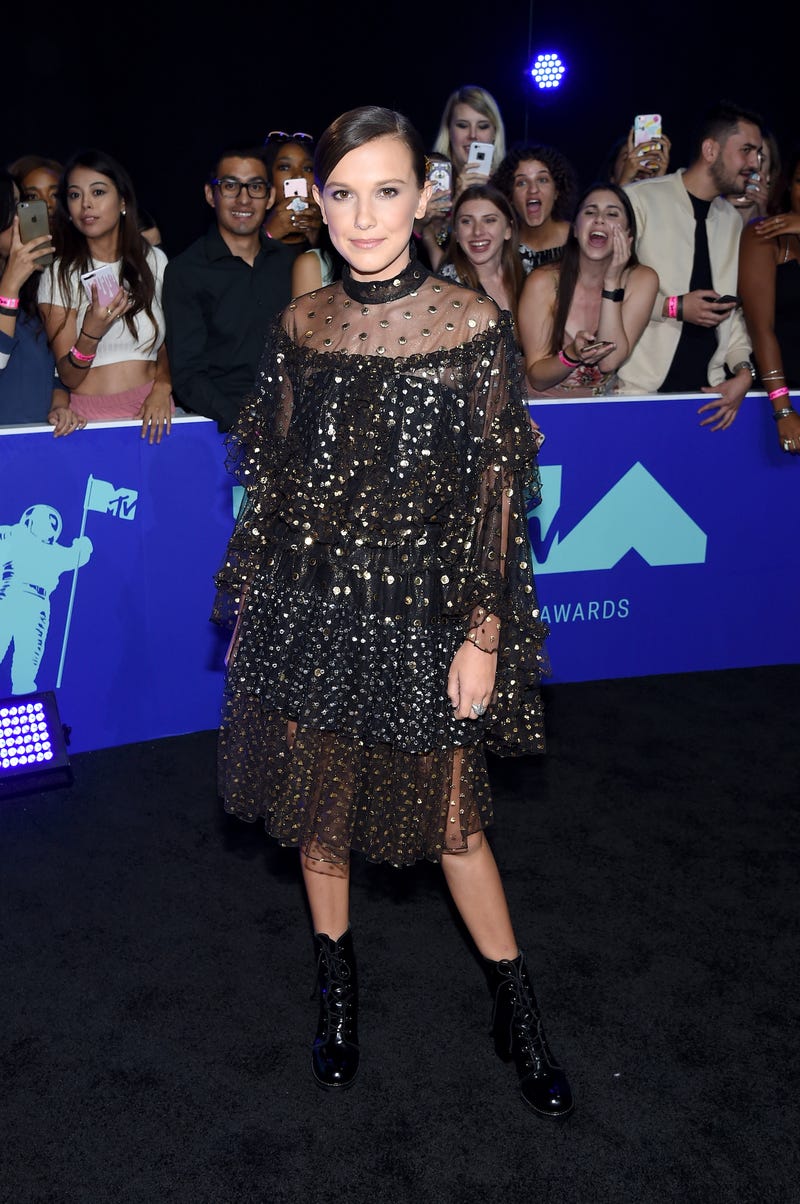 At the 2017 Emmys, the then 13-year-old sported a beautiful ankle-length strapless Calvin Klein gown. 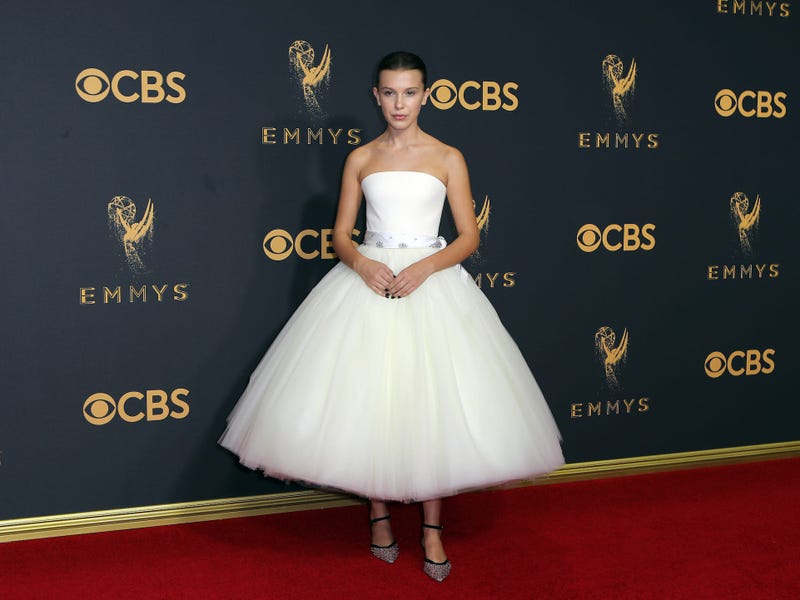 For the Stranger Things season 2 premiere, Brown graced the red carpet in a black leather dress. She also sported a chic Bob haircut. 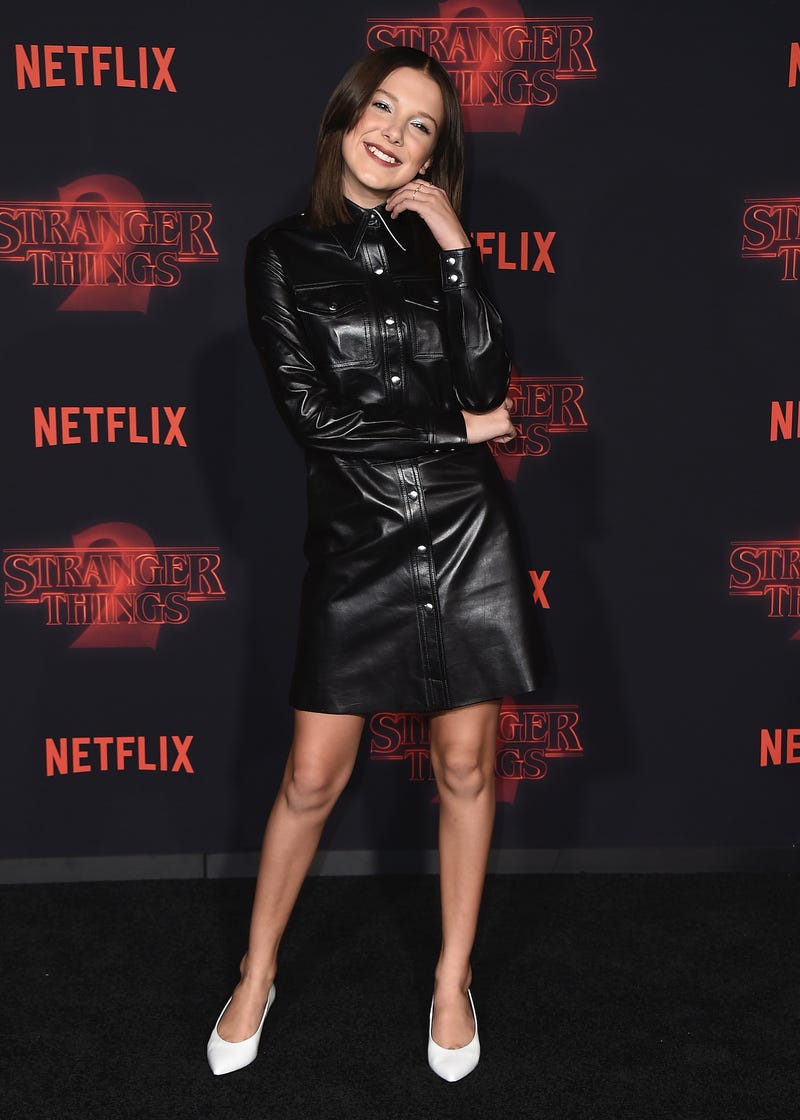 The following year she appeared in a fun pink mini dress at the SAG Awards. The dress was a combination of a halter top, a dress, and a long Cape. She completed the look with white sneakers. Her youth was on display as the teen sported some really cute buns on her head. 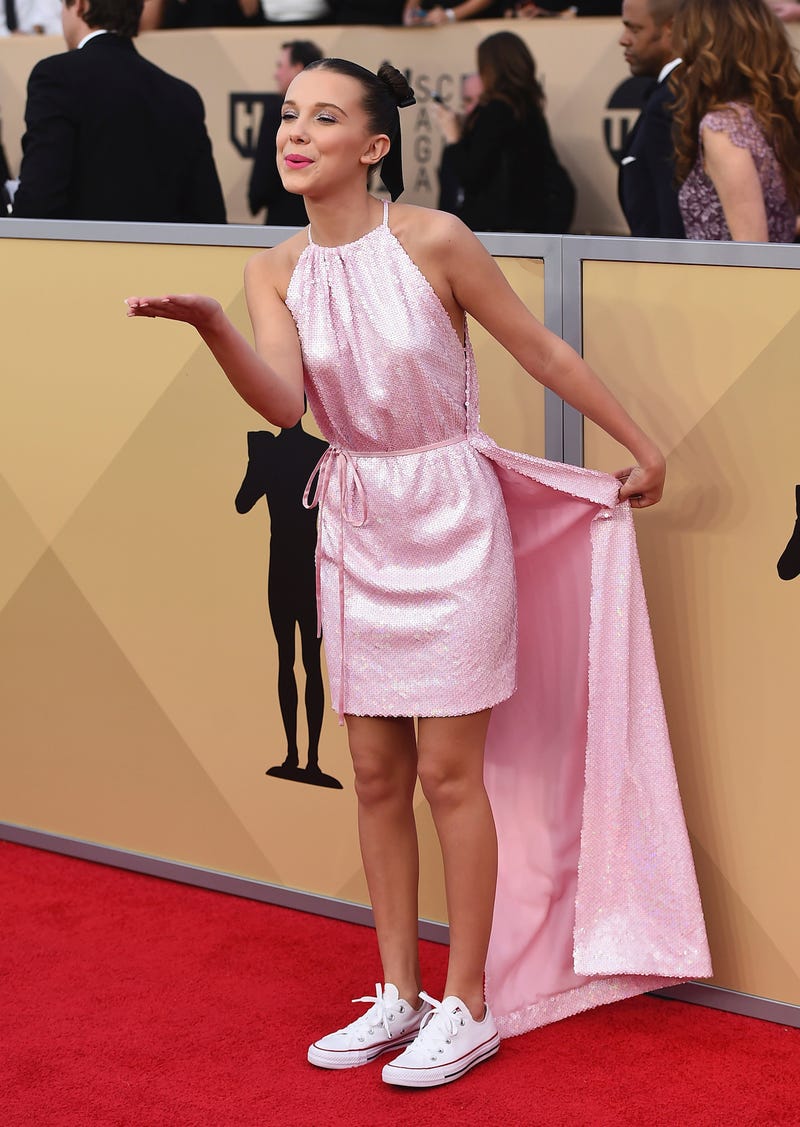 At 14, Brown wore a star-printed gown and a tulle skirt to attend Paleyfest. 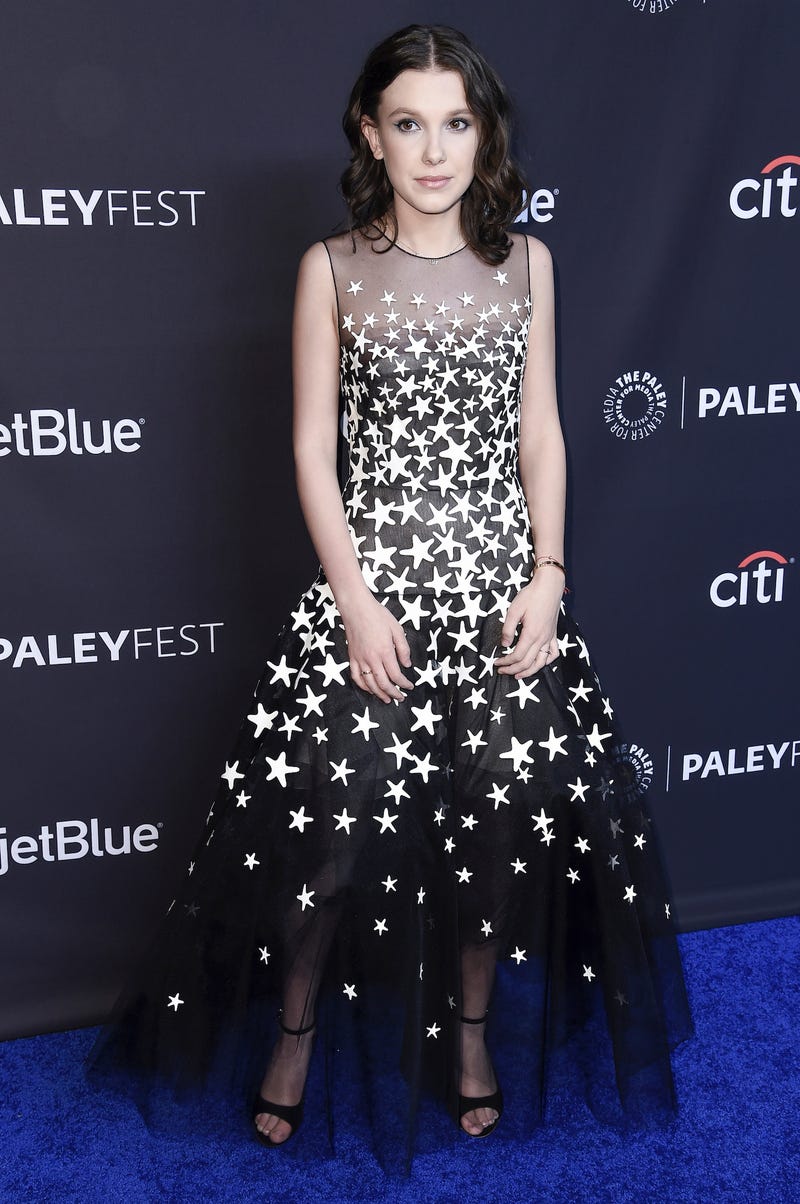 The actress attended the Time 100 Gala in a white-flowered printed Dolce & Gabbana gown next. She chose not to wear any accessories and kept her makeup simple. 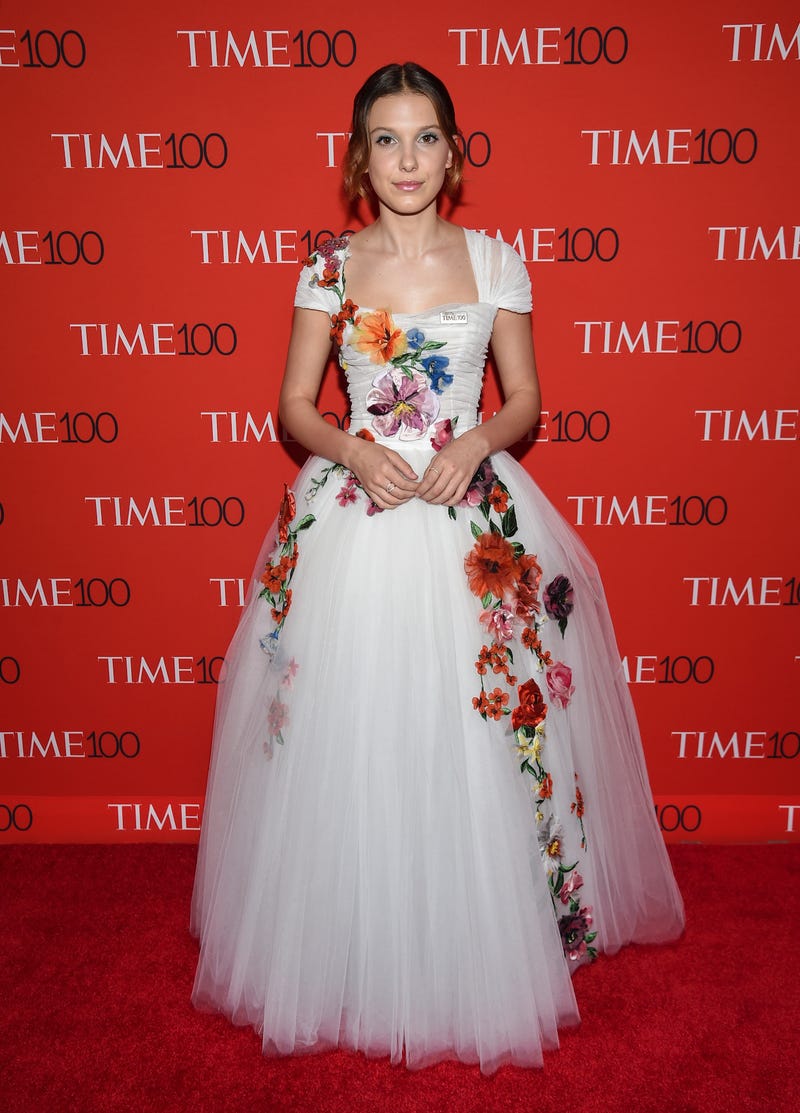 She opted for casual pants with an asymmetrical waistline, and a crop top with bows on the shoulders for a red carpet event. And paired it with some transparent black heels. 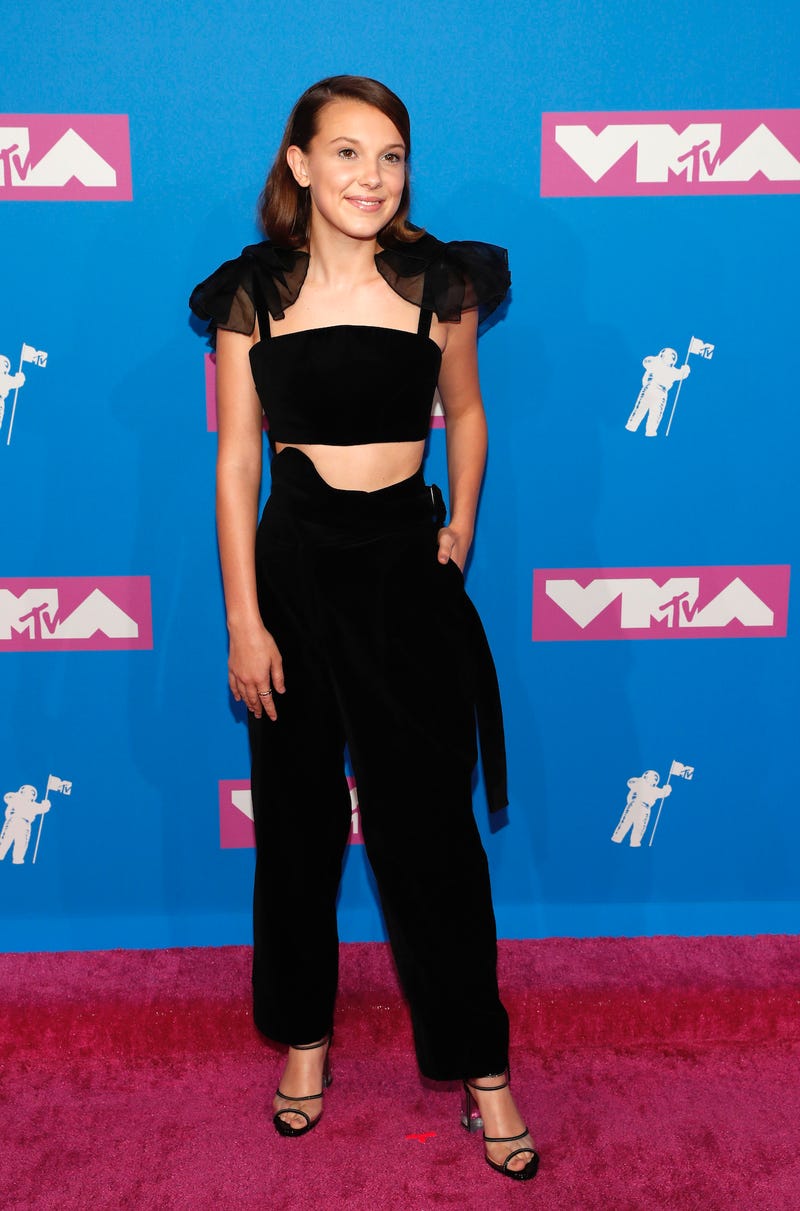 The then 15-year-old opted for a gorgeous blush-colored Dior gown for the premiere of Godzilla: King of the Monsters. The floor-length gown completed her skin tone and she looked resplendent. She also carried a heart-shaped pink clutch. 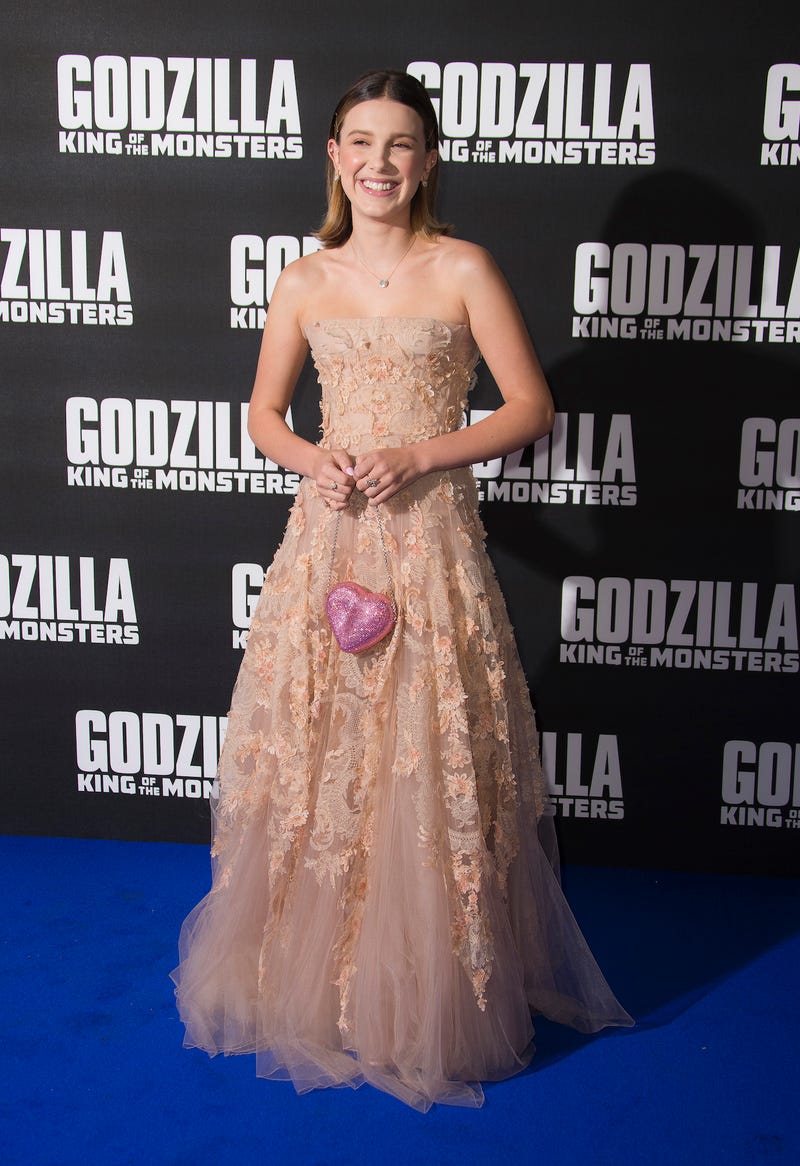 Her stylist styled her in a similar pink Rodarte dress for the Stranger Things season 3 premiere. The dress had a long floor-length Cape, a layered skirt, and an off-shoulder neckline with ruffled sleeves for a more dramatic effect. 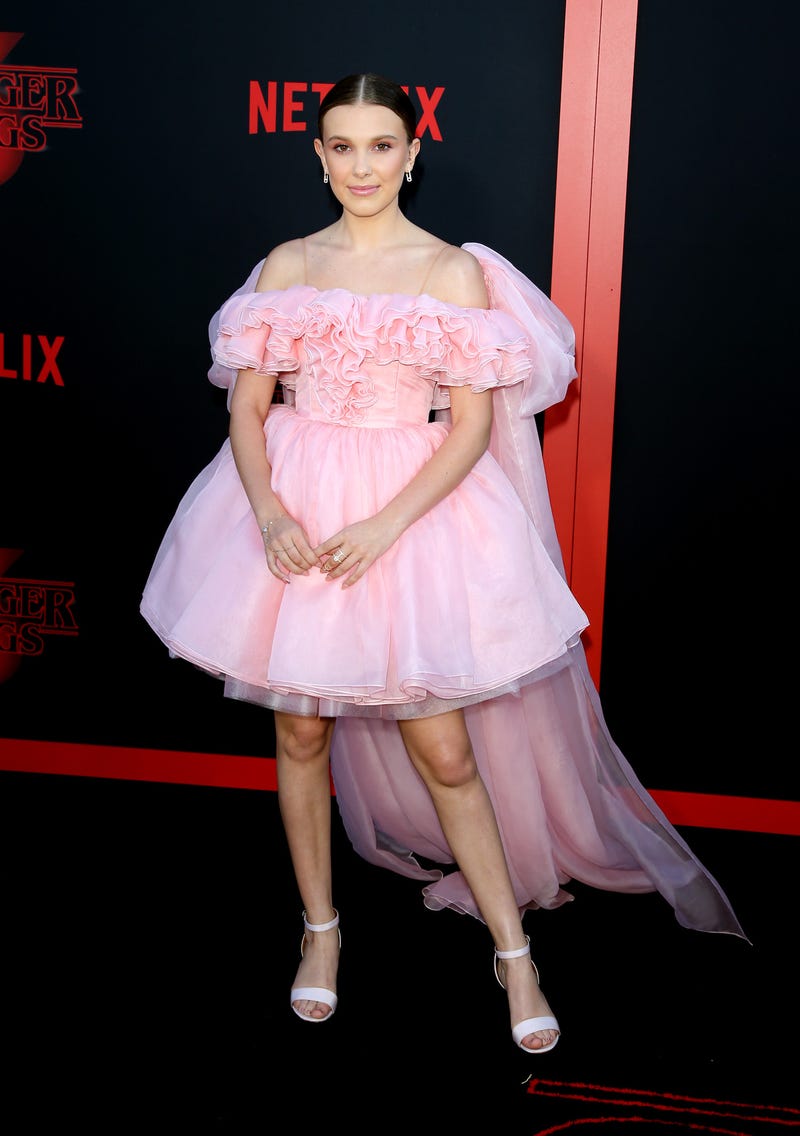 Cut to 2020, the 16-year-old looked more mature at SAG Awards that year. She chose to wear a Louis Vuitton high-low skirt dress. It had a plunging neckline and pants underneath. Her accessories were minimal. Moreover, her makeup also shifted from youthful and bright to more understated makeup with lots of browns and neutral colors. 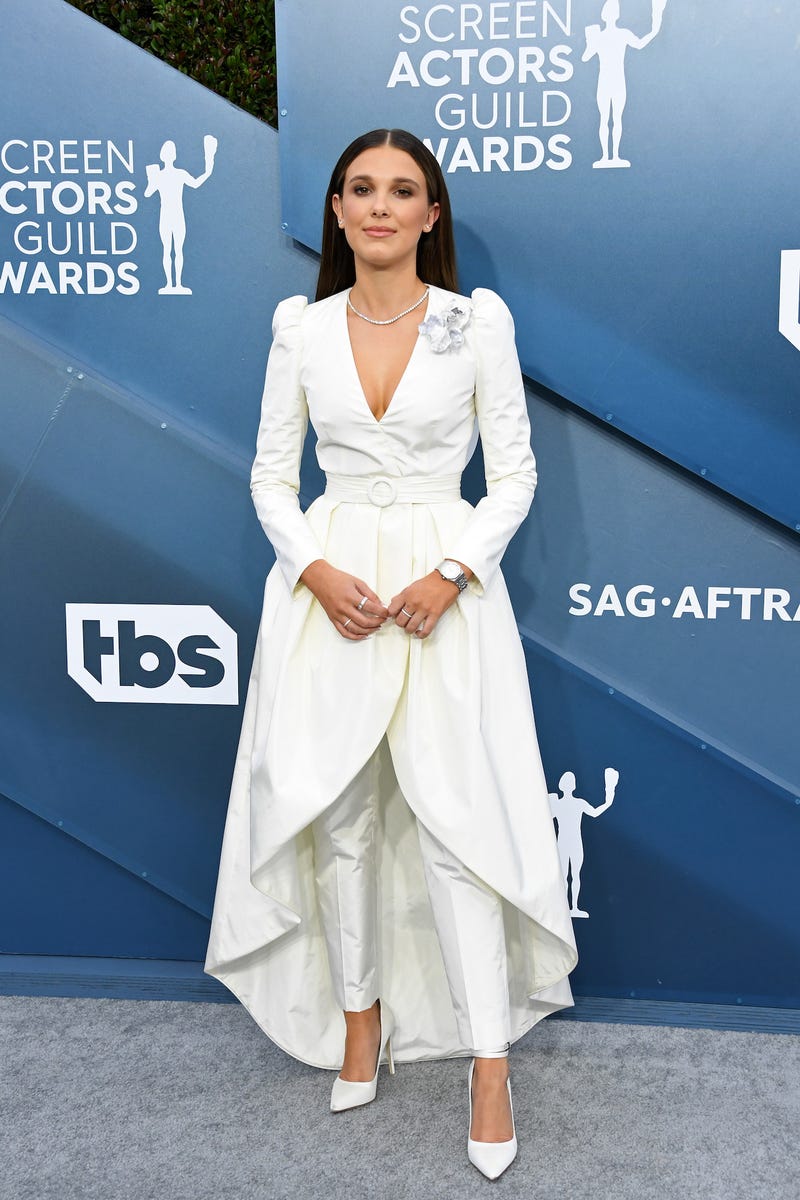 The Godzilla actress stunned the crowd yet again with her style at the 2022 EE British Academy Film Awards. She wore a custom Louis Vuitton dress with a velvet bodice and lace lining. She added an edgy neckpiece and black gloves to match her outfit. Her bangs were parted in the middle and tied back. She looked like a gorgeous gothic novel character. 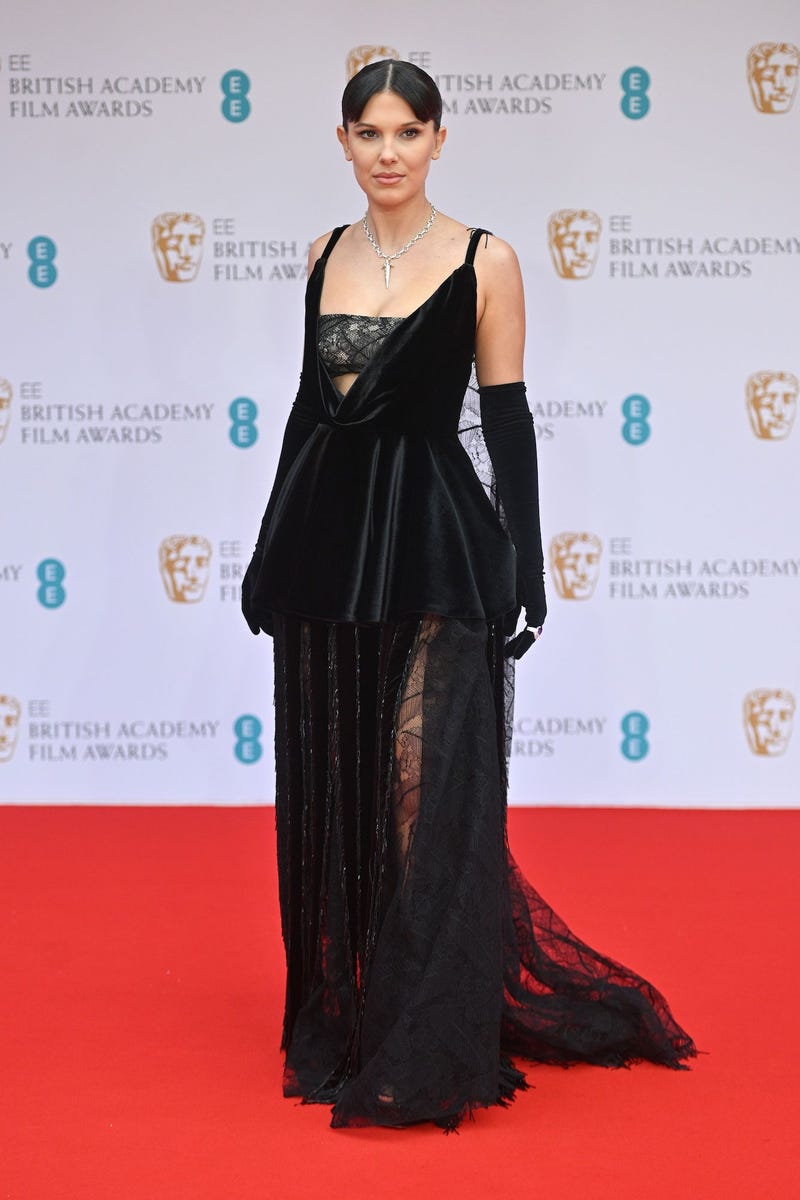 The 18-year-old didn’t disappoint with her outfit at the Stranger Things season 4 premiere. She yet again wore a Louis Vuitton gown that had a strapless sweetheart neckline with a thigh-high slit. 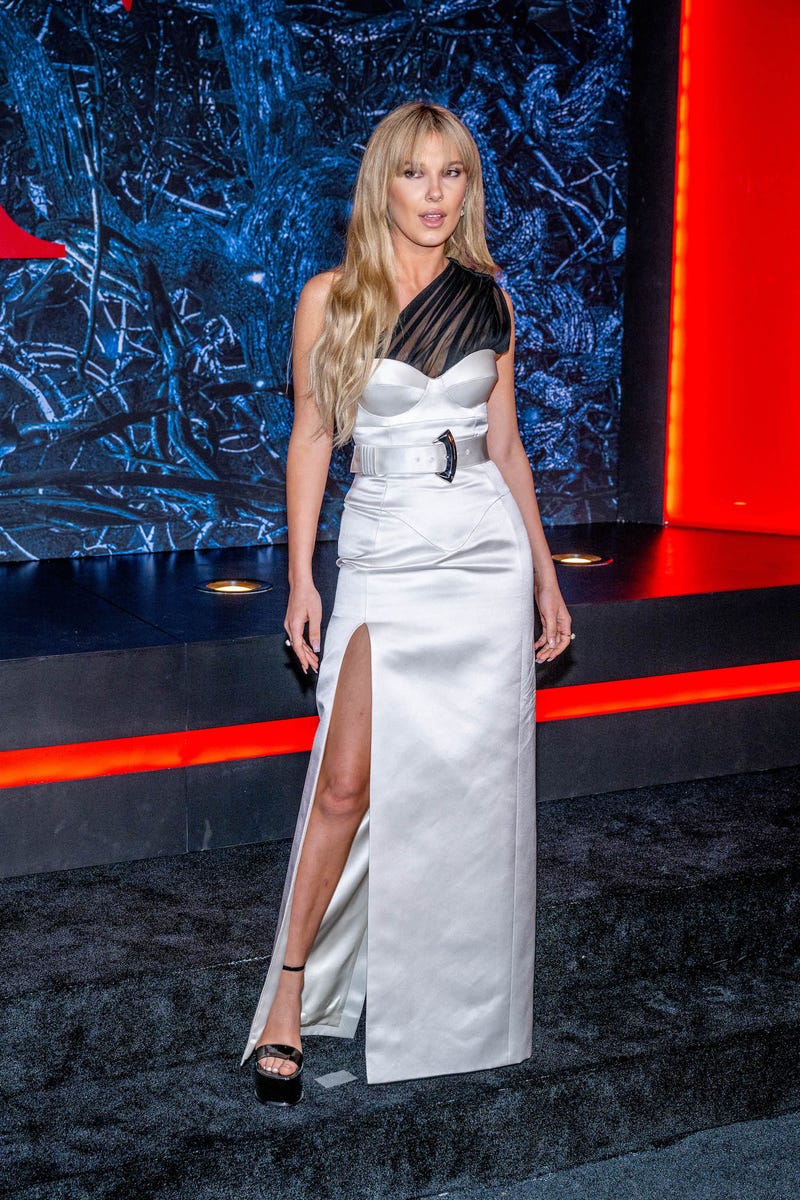 The belt and the tulle layer across one of her shoulders gave the otherwise normal gown a twist. Millie also changed her hair color. She went from a darling brunette to a ravishing blonde.

ALSO READ: When Millie Bobby Brown and Emma Watson Turned All Eyes Towards Them at An Award Show

Which one of her looks is your favorite?