After the death of Queen Elizabeth II, what made the most noise apart from the late Monarch’s life story was speculations about Meghan Markle. The Duke and Duchess of Sussex had separated themselves from the royal family and were based in California during the time of her demise. However, both of them performed their duties not as royal members but as grandchildren of the late monarch. 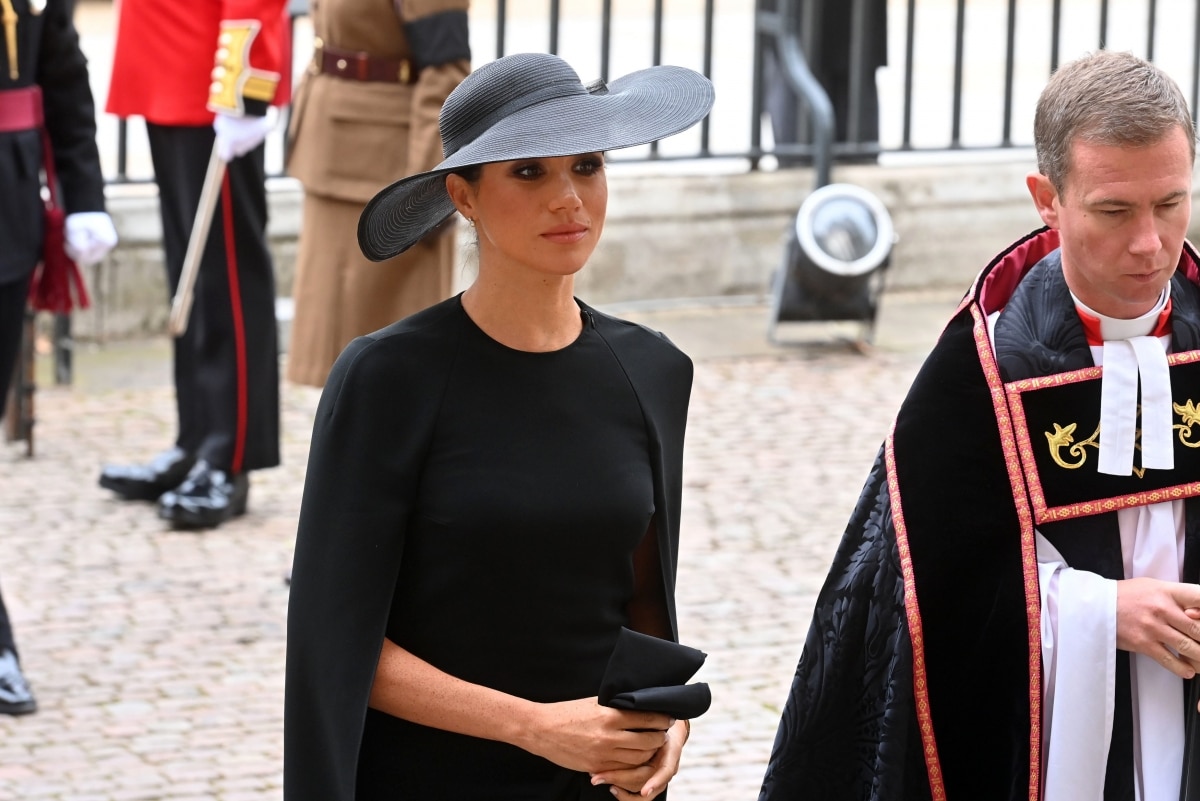 The nationwide tragedy had struck all of them a bit too hard. Emotions, especially from people who had lived with the Queen, were running at an all-time high. The funeral caused all the United Kingdom and the commonwealth nations to grieve. Likewise, Meghan Markle mourned the loss of the Imperial family and was seen shedding subtle tears in the ceremony. However, it seems the Royal Expert, Angel Levin, doesn’t think the Duchess was being genuine.

Angela Lvein, who always has one or two bones to pick with the Duchess, launched a terrible attack on her. “Meghan Markle has a special talent to produce fake tears,” said Levin. As the world witnessed Duchess in low spirits, wiping the tears off her face, the royal biographer slammed Markle’s gestures. In an interview with Talk TV, Levin referred to a former incident at Soho House and remarked, “she can fake cry so well.“

Continuing the verbal assault, she added, the one thing Markle has learned perfectly in her life is how to cry from the left eye. “Count to four she (Meghan Markle) said to a person and watch me and a tear came down,” were Levin’s words on the public news broadcast. The biographer then sarcastically remarked on the Duchess’ former profession in the Hollywood on how not all actresses can “make tears.“

It is also to note that, back in 2014, she was working as an American actor. Some interviewers then asked Meghan Markle a question that we cannot get rid off till date. They asked her if she could make herself cry. Markle’s answer was, “Oh yes I can do that so well.” It is to this interview that Angela Levin was referring to.

The author recently took another jibe at the Duchess, commenting on the royal couple’s demands for titles. This came after news reports claimed the Sussexes did not want to give up on their remnant of titles. Meanwhile, it would seem that King Charles III is considering stripping the couple and their children of their titles over Prince Harry’s upcoming memoir, but time will tell if the monarch can and will do the same.

ALSO READ: Will the New Bill Give King Charles III the Power to Strip Prince Harry and Meghan Markle of Royal Titles?

Do you think the Duchess faked her tears as the biographer claims? Share your thoughts below.