Before Millie Bobby Brown was known as Eleven on Stranger Things, she was born Marbella to parents Kelly and Robert Bobby Brown. Who knew that the child they conceived in 2004 would grow up to become a huge star? The young girl was fascinated with musicals and movies and had her eyes set on the dream. After a few fails and some setbacks, she hit it big with Stranger Things.

Right after the sci-fi hit, she would go on to feature in Godzilla and Enola Holmes. Now she is one of the most sought-after teenage actors and also one of the richest. The 18-year-old has reportedly bagged $10 million for her role in Enola Holmes 2! But despite the fame and popularity, the teen remains humble, thanks to her upbringing. Here’s everything about the two people in Millie’s life who mean the world to her.

Who are the parents of Millie Bobby Brown?

Brown’s father, Robert Brown, was a real estate agent in the UK. Her parents also share three other kids apart from Millie – Charlie, Ava, and Paige. They are extremely low-key people and shy away from the paparazzi. But her parents dote on her. Kelly found she was pregnant with Millie in 2003 just before they relocated to Spain, where Robert’s parents ran a restaurant.

Robert had confessed how a young Mill (his nickname for her) would watch musicals instead of cartoons. When the actress caught the acting bug, her parents were ready to sell everything off, and they did! They sold everything and moved to Hollywood from their home in the UK. They endured terrible financial constraints while Millie tried to find her footing in the industry. Her older sister, Paige, left them and went back to the UK, having had enough.

Once they even lived with Melanie Green, Brown’s manager at that time. But they were so broke, that they moved back to the UK in 2015 and lived with their relatives. During such tough times, Millie also faced several rejections. One, in particular, was so harsh that it broke her spirits. She was told that she was too mature for a 10-year-old. It was when the Eleven actor auditioned for her role in Stranger Things upon her parents’ insistence and the rest is history.

ALSO READ: “I love working with women” – When Millie Bobby Brown Opened Up About What She Felt While Walking On ‘Enola Holmes’ Set

Once Brown hit the jackpot, it was not smooth sailing for the Browns. During the year Millie broke out on the scene, she had agencies lining up to represent her. Prior to her starring role in Stranger Things, she had no agency representing her. Robert apparently asked a hefty amount of $100,000 from the agencies to sign his daughter. 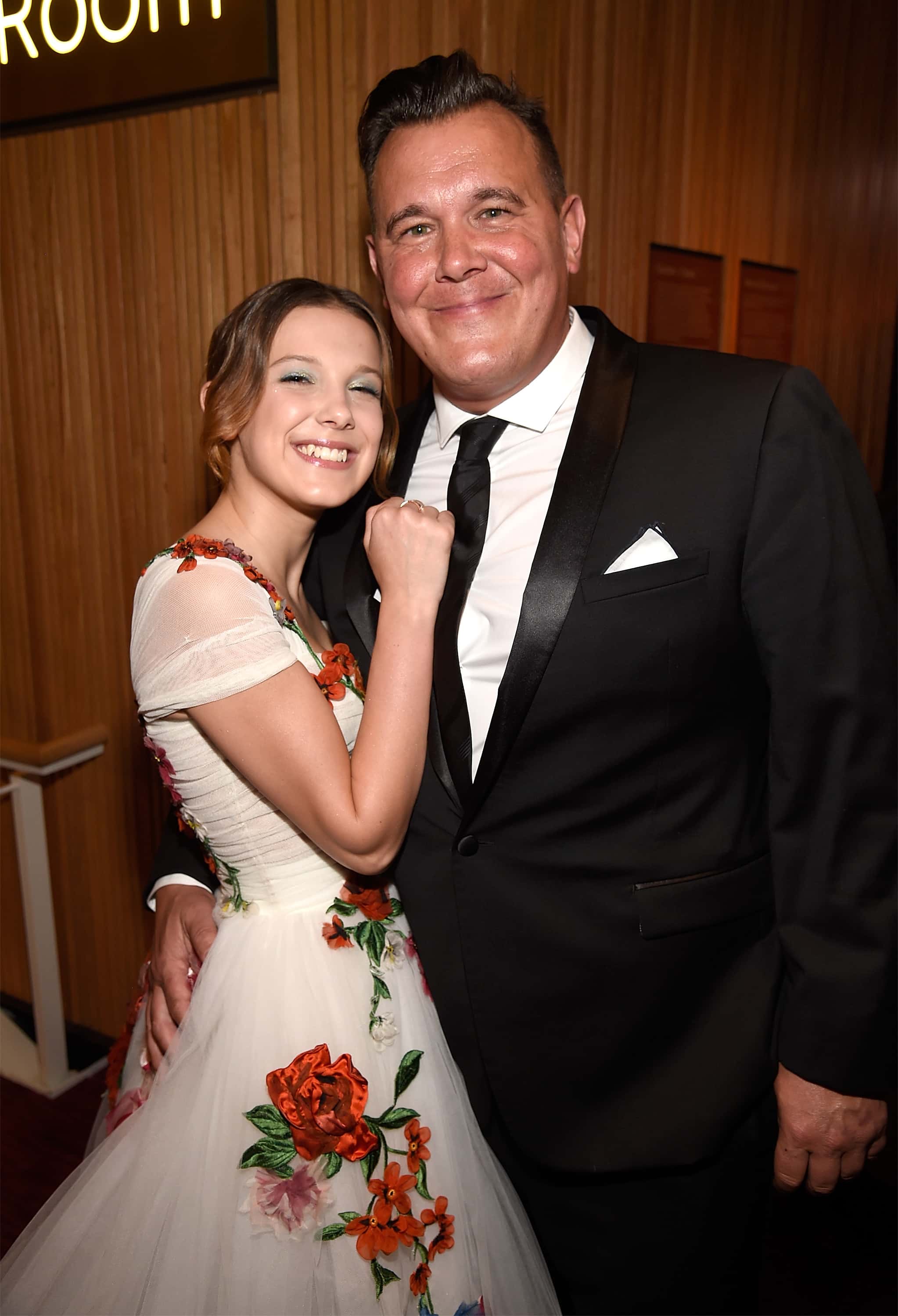 He saw it as an opportunity to bank in on her newfound fame but ended up ruffling feathers in the industry. The man had no idea about how Hollywood worked. He probably didn’t have the knowledge that stars pay their agents and not the other way around. After that agency controversy was long forgotten, Brown’s parents got called out again last year.

TikTok star, Hunter Ecimicov, alleged that the then 20-year-old had a brief fling with a 16-year-old Millie. He claimed to have groomed Millie, while they were staying at her parent’s place during their romance. Furthermore, he claimed that her parents knew everything. Of course, the media didn’t take well to the claims. Netizens trolled both Millie and her folks. They accused them of using their daughter for money and making her do immoral acts. Things escalated even more when someone started a change.org petition to look into the case. They demanded an investigation for exploitation and abuse. Additionally, the petitioner claimed that Kelly filtered through adult men for the teen to date. The nasty rumors have subsided, but not before the Godzilla star had to check into therapy. She had previously called out cyberbullying at an awards show. But the TikTok controversy was too much for the young actress. Since then, she stays off social media, leaving her team to manage her accounts.

Robert and Kelly are wonderful parents to Millie Bobby Brown for she would not have gotten so far without her support system! What do you think?