It is indeed an undeniable fact that the outfits and accessories that the London Ton has at its disposal are the very best. And it was all put on display when the stars of Bridgerton Season 2 attended the world premiere of the series’ second season. Well, we are no lady Whistledown who is given with an unparallel talent of writing and talking about these royal folks. However, all we can do is give out best to tell you all about what all did these people wore and how beautiful they looked. So, with no further ado, let’s check out the awe-inspiring people of the Regency era spreading their magic in the 21st century.

The premier of Bridgerton Season 2 was indeed a tremendous success. But the more important thing was the beautiful looks that all the actors brought to the event. Here, we look at all of them and in that process bless our and your eyes.

Bridgerton Season 2 Premier: The love triangle of the season 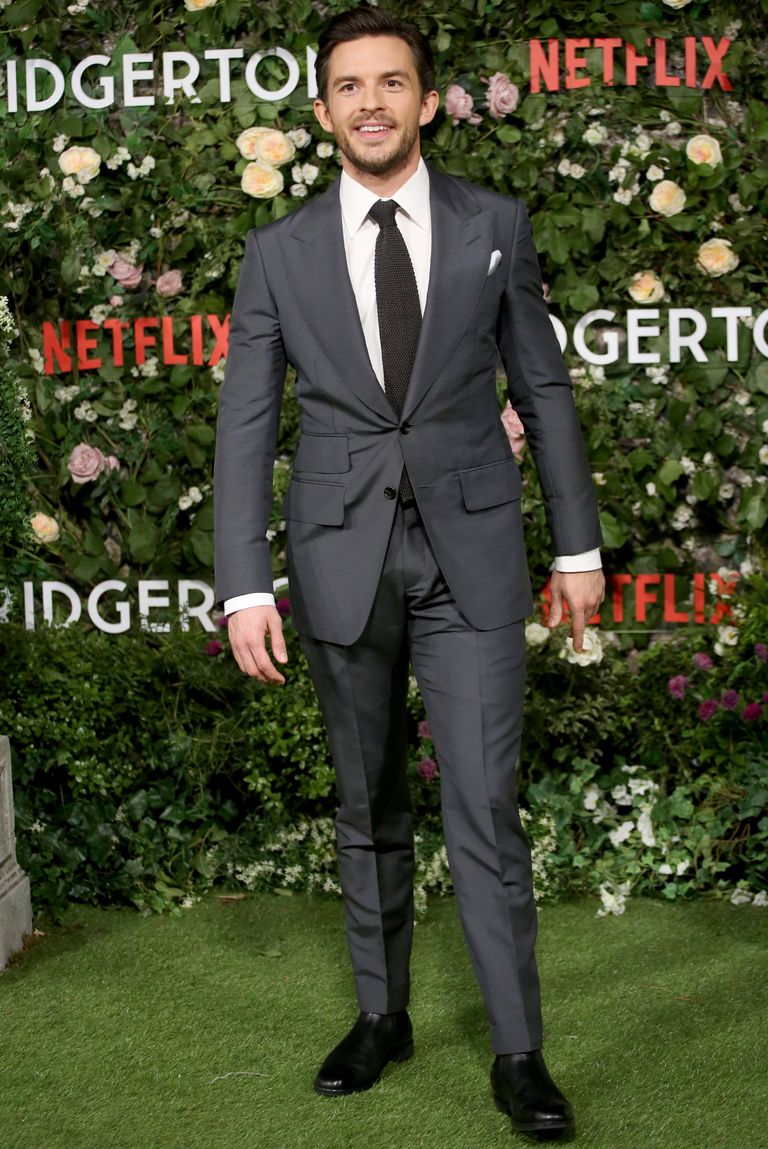 When it comes to actor Jonathan Bailey on the Netflix show, he leaves no stone unturned. The handsome lead of the show went on to wear a charcoal suit. Adding more details to his Red Carpet look, he paired it with a white shirt, black tie, and black shoes. 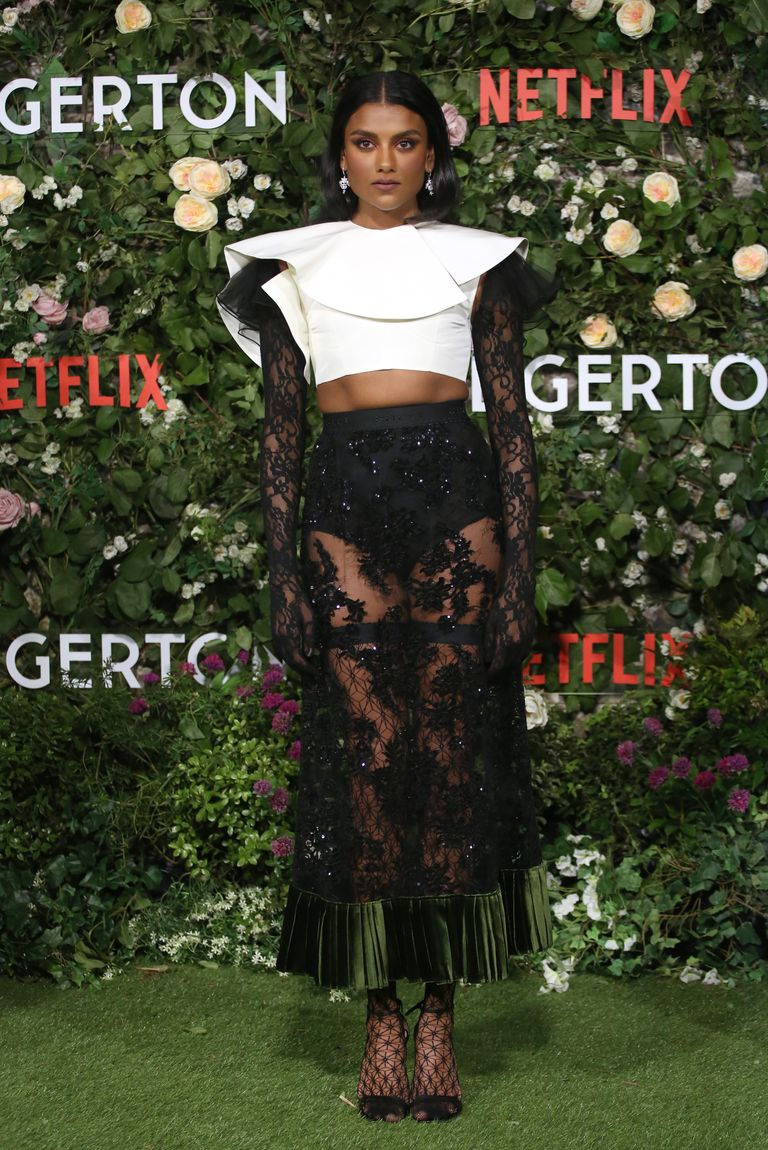 Simon Ashley, the leading lady of Bridgerton Season 2, bestowed us with the “powerful” look. She wore a pair of patent leather sandals and Look 13 from Gucci’s spring/summer 2022 collection. The two-piece dress featured a sheer black floral skirt with a pleated hem and black shorts underneath. Along with this, it had a very detailed neckline that flared out into a miniature cape. Adding more to the look were full-coverage lace gloves and matching fishnet tights. 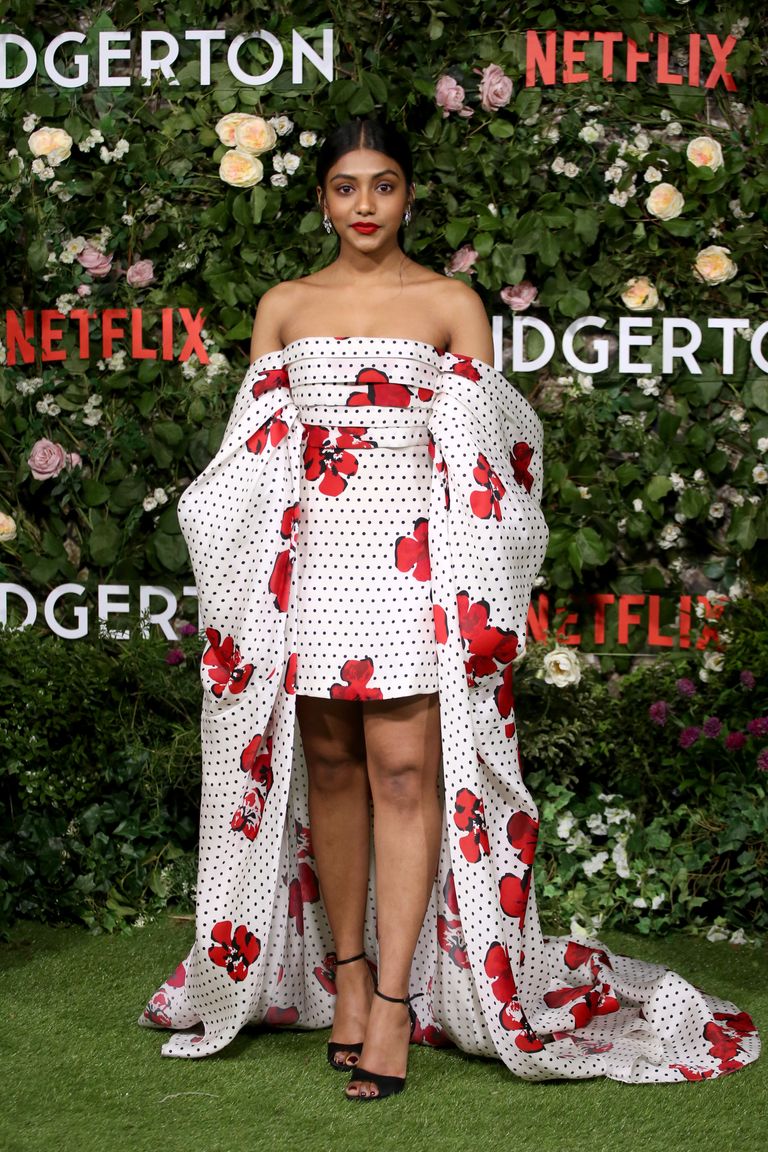 Charithra Chandran who plays the sister of Ashley and is also a part of the love triangle mess studded the red carpet with a floral dress. It was a polka-dot Carolina Herrera gown. The sleeveless dress featured a ruffled bodice and statement sleeves that fluttered out into a massive train. Adding more to the dress, she paired it up with cherry lips and Christian Louboutin Loubiloo sandals in black.

The Queen and the creator 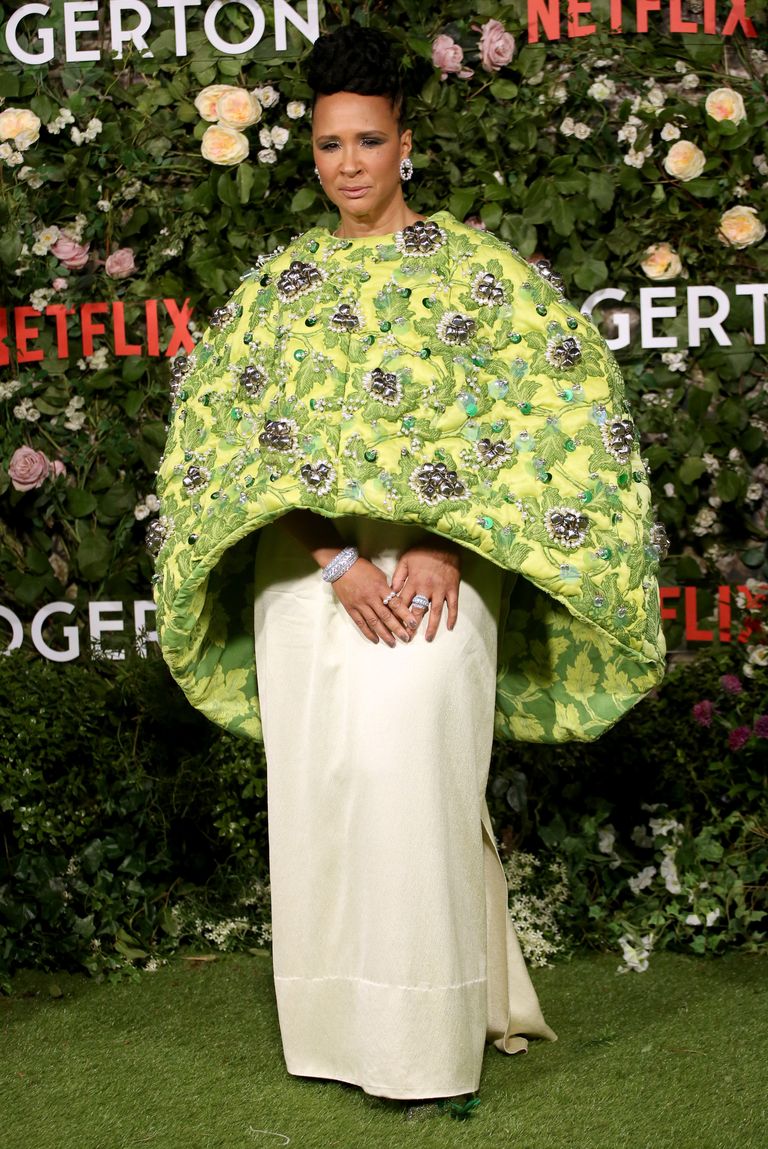 Golda Rosheuvel stayed true to her character, Queen Charlotte. She donned the red carpet with a green and cream dress, which featured an elaborate cape of sorts that topped the silky cream slip. The heavy green cape was full of green and silver gems. To add more to it, she wore silver jewelry and dark green eye shadow. 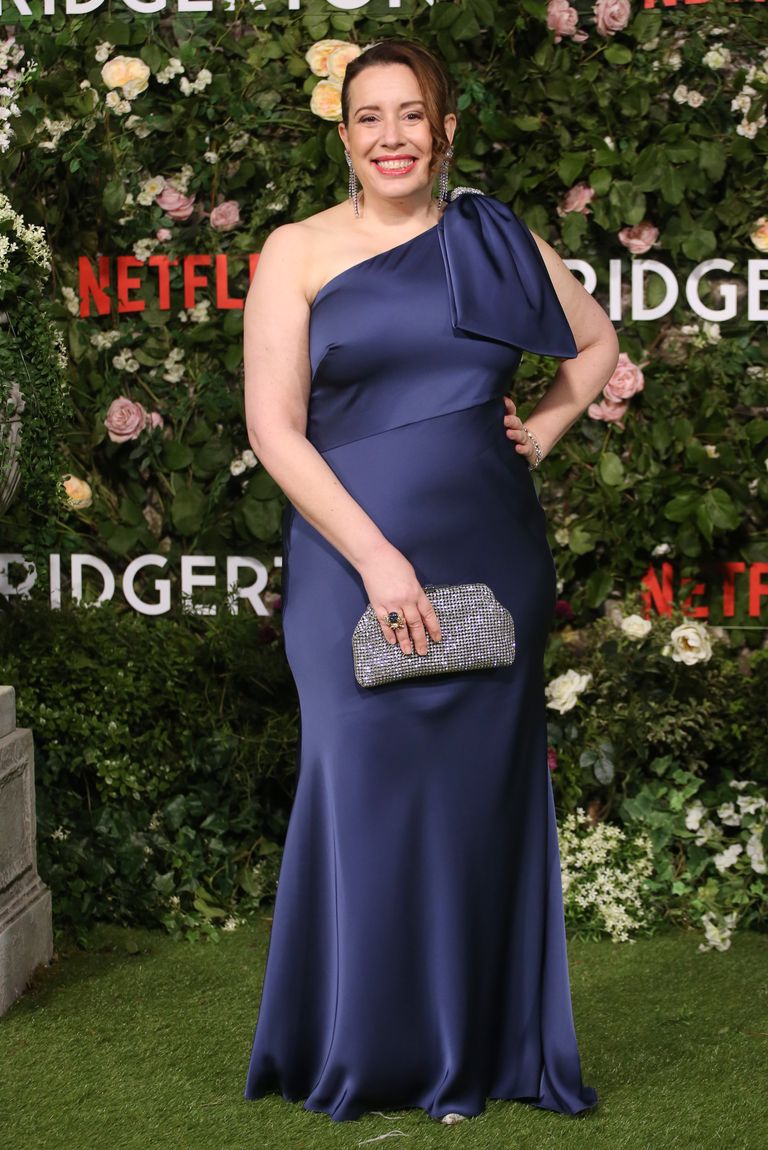 Julia Quinn, the writer of the Bridgerton books, went in a blue velvet dress with one shoulder sleeve. The floor-length dress had a bow on one shoulder and, to add more to it, she held a silver clutch and wore silver jewelry.

Luke Thompson and Luke Newton, the Bridgerton brothers, aced the carpet with standout suits. Thompson went for a simple white suit with a black shirt underneath. Whereas Newton decided to wear a brown suit jacket and tan pants. To add more to the look, he wore a white shirt and a brown bowtie.

The surprise element and a Featherington 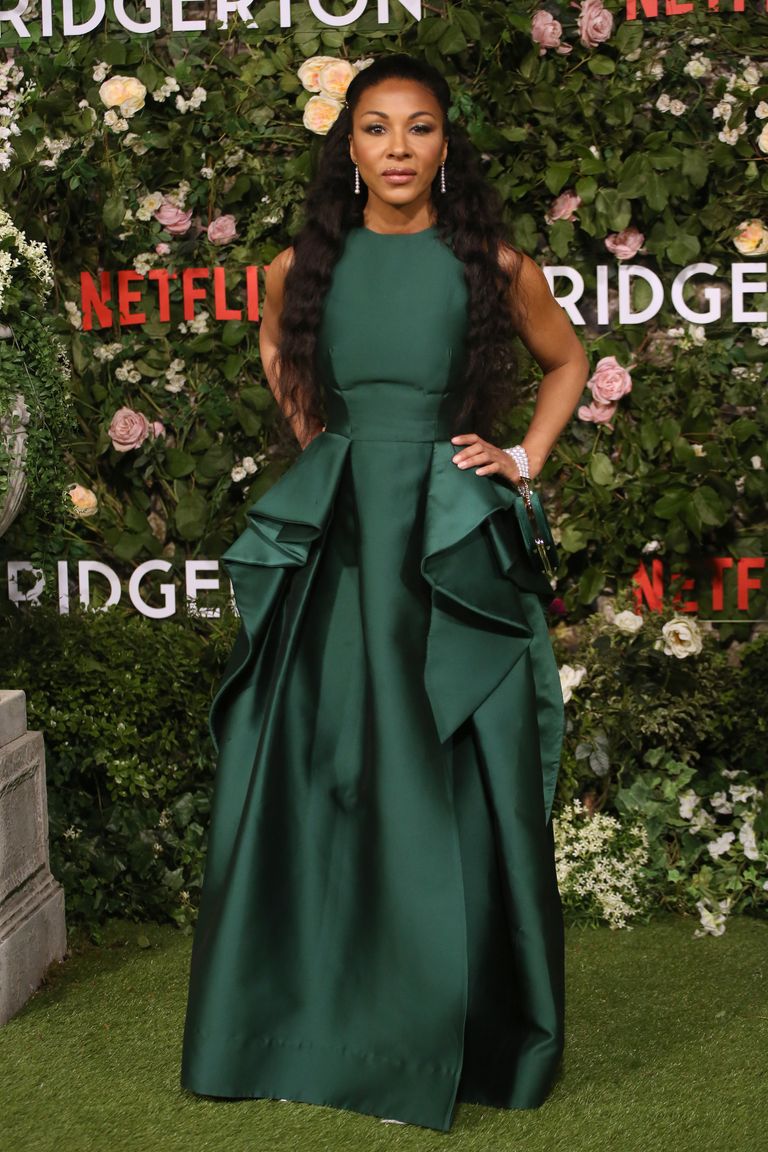 Kathryn Drysdale, who plays Madame Genevieve Delacroix in the Netflix Original series, went on to pick an emerald green gown. A floor-length, sleeveless gown featured peplum-like detailing at the top of the skirt. Maintaining the color, she carried an emerald clutch with a pearl handle that acted as a stunning wristlet. She even paired the whole look with pearl earrings. 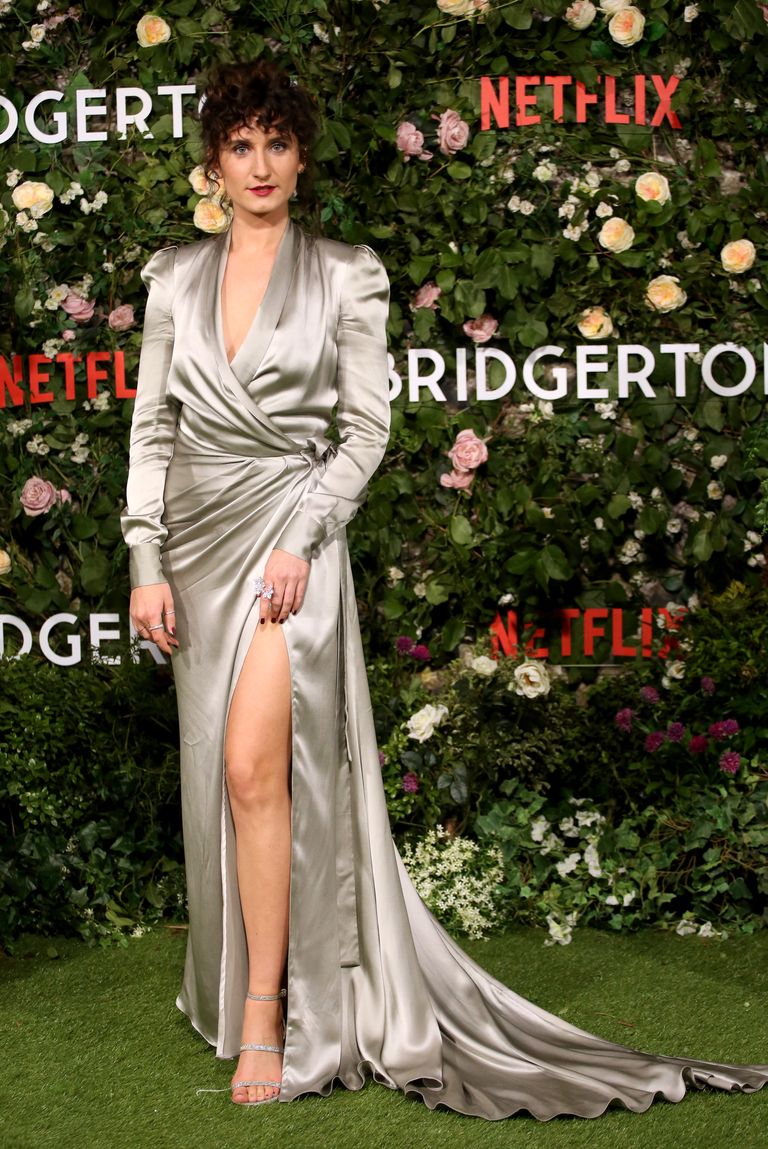 Bessie Carter, who plays the role of Prudence Featherington, walked down the carpet wearing a long-sleeved silver gown, which featured a thigh-high slit. Keeping it simple and sweet, she went for silver sandals and jewelry along with bold red lipstick.

Other stars at the Bridgerton Season 2 world premiere 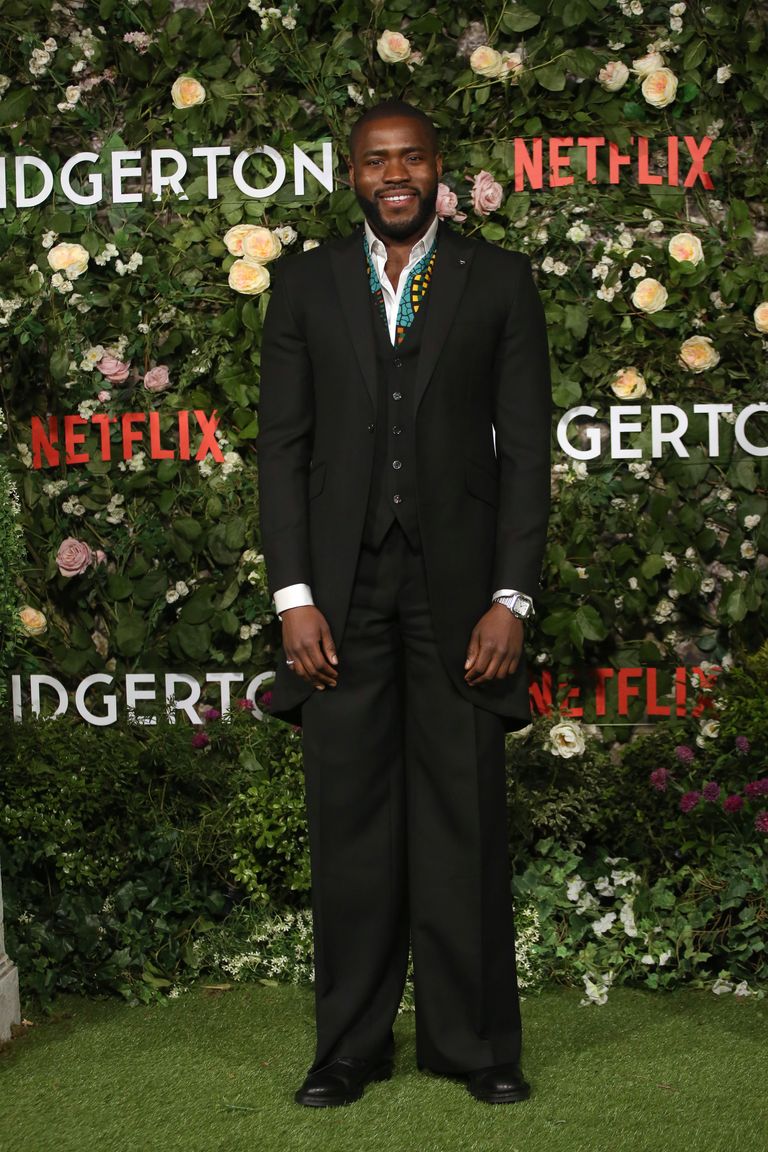 Florence Hunt, Will Tilston, and Ruby Stokes as Hyacinth, Gregory, and Francesca Bridgerton 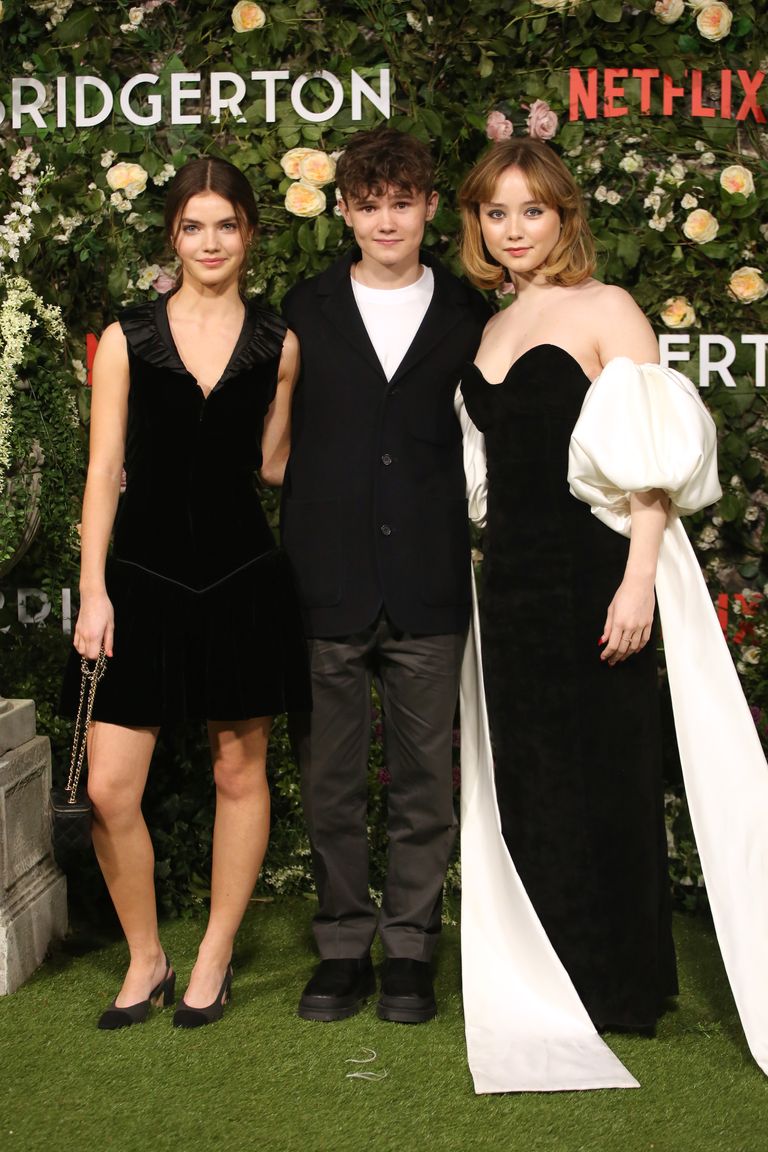 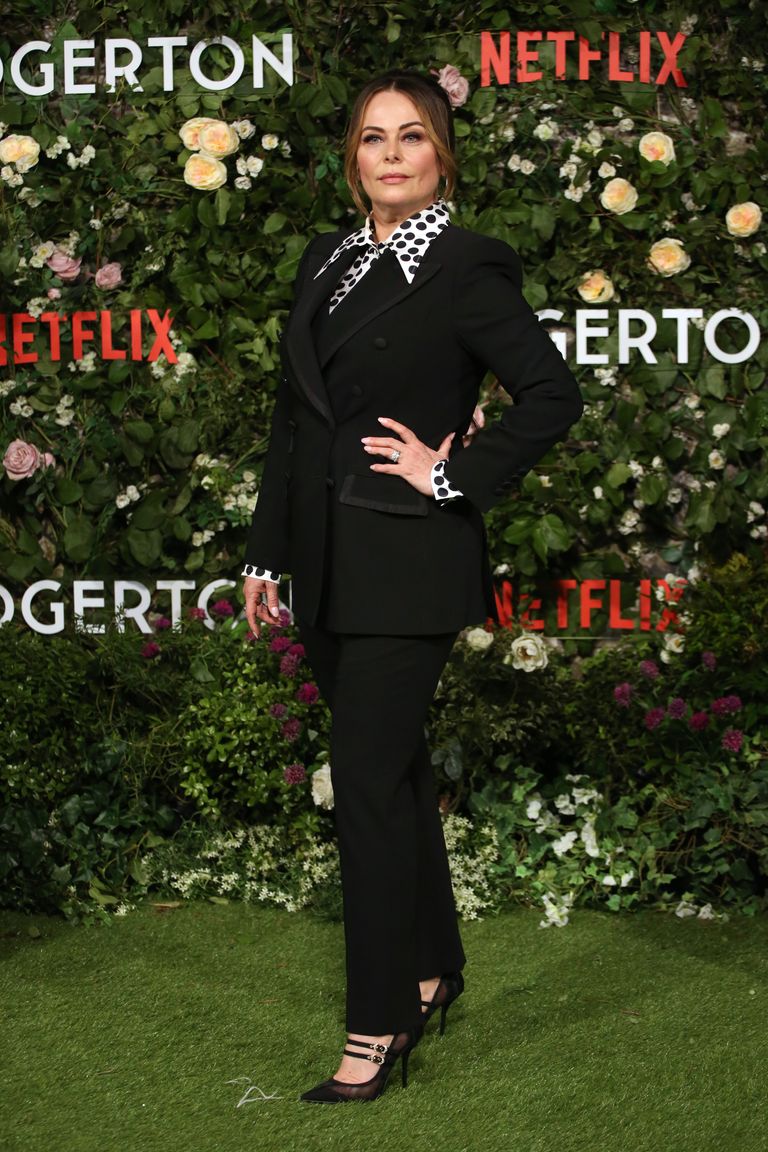 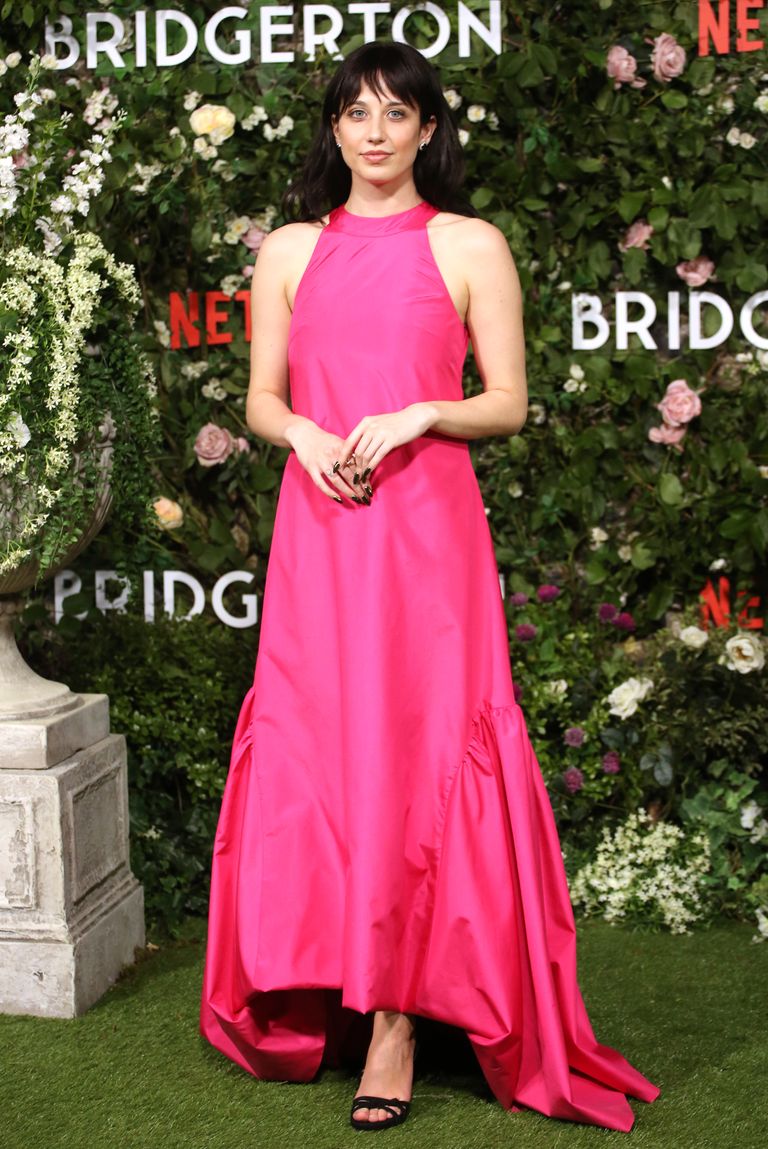 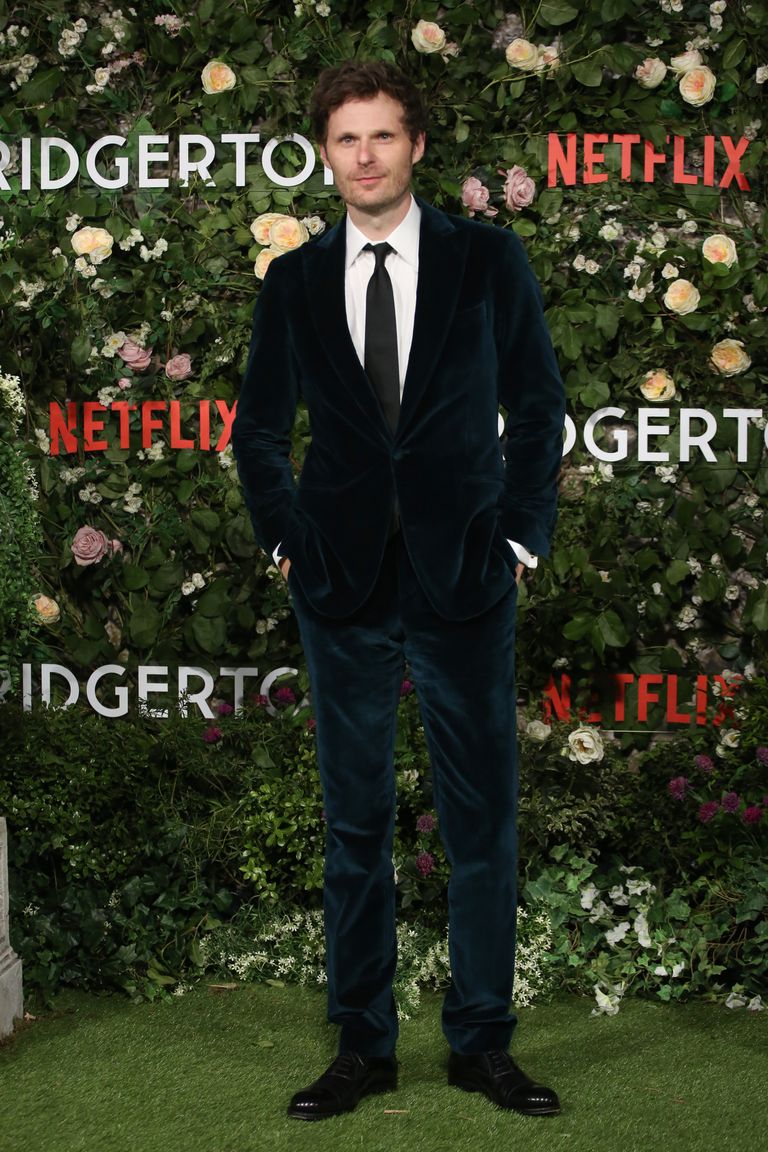 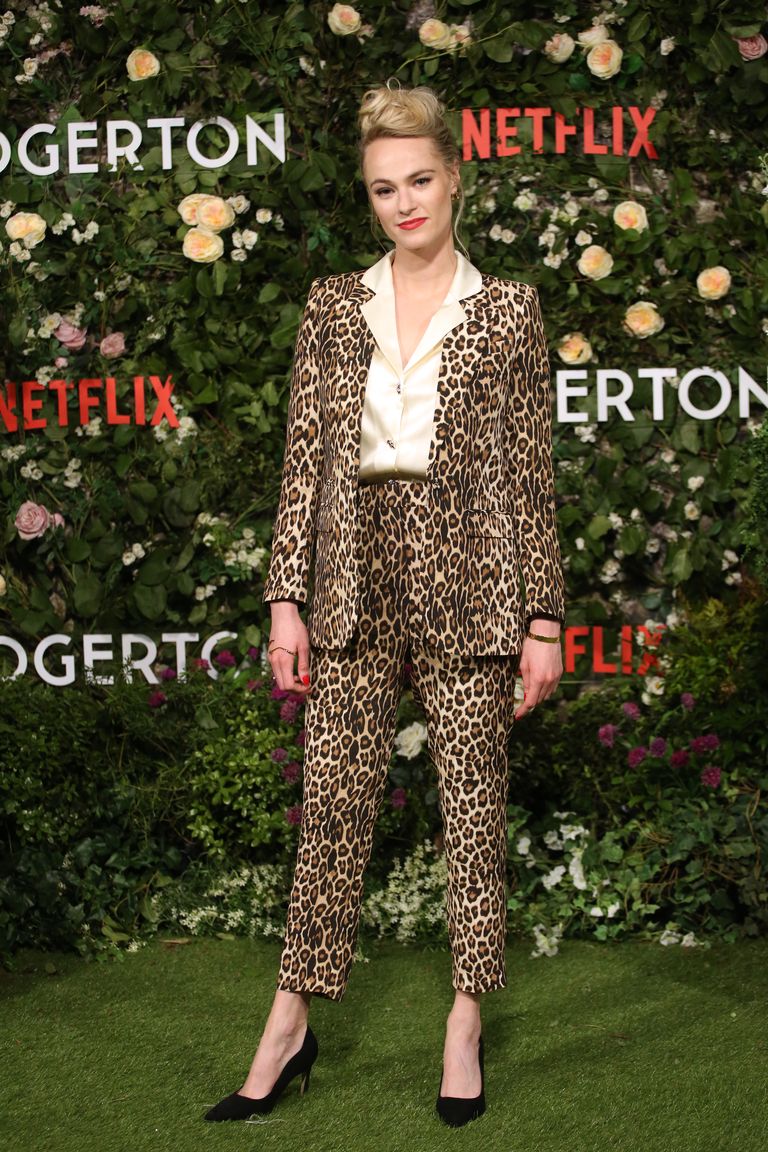 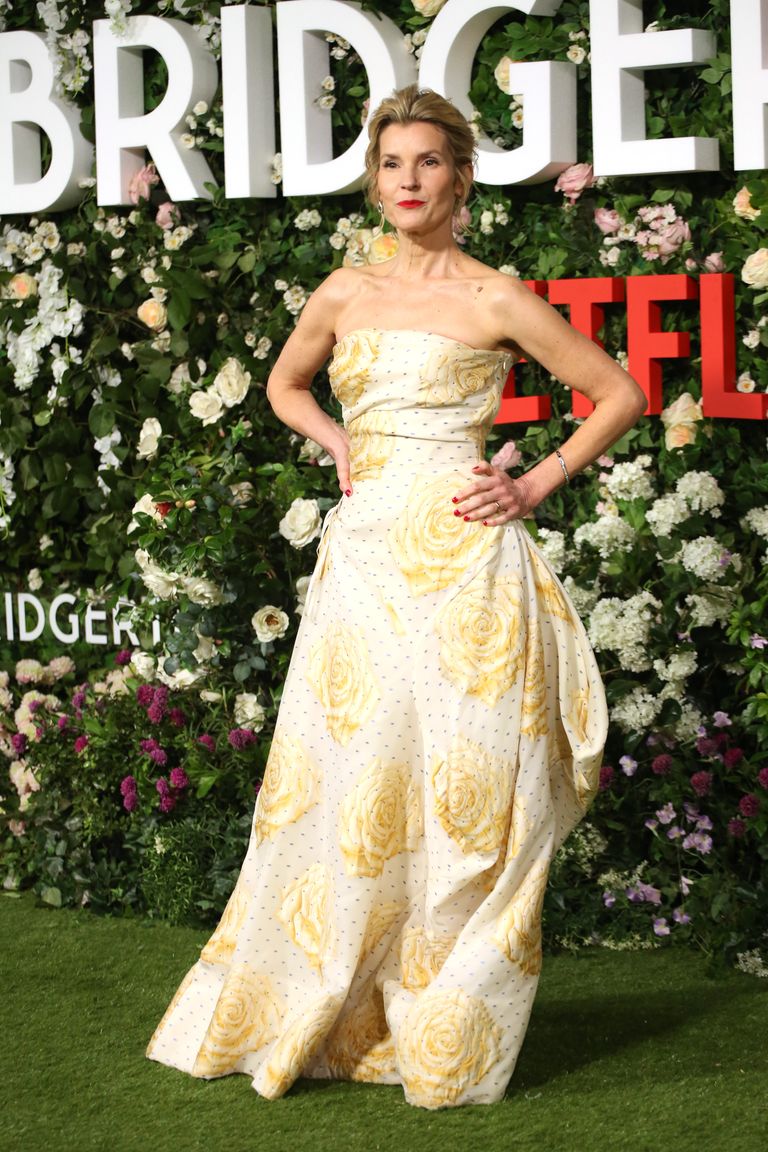 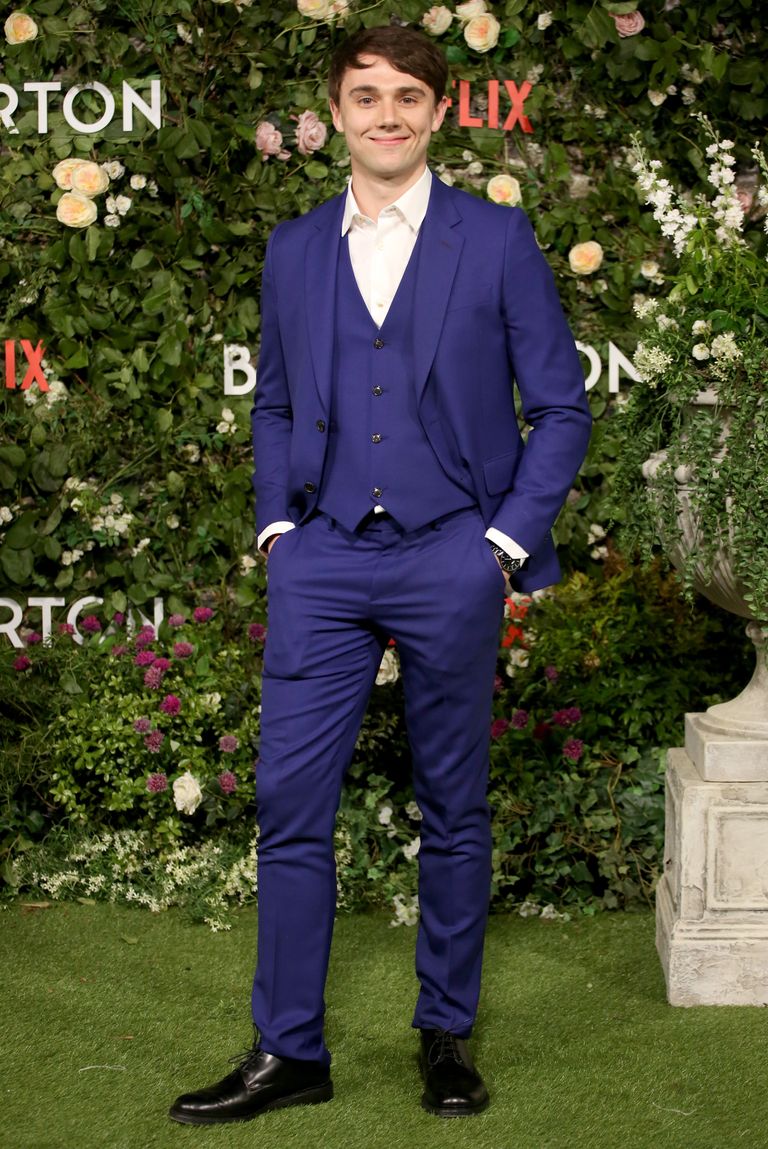 Let us know whose look did you like the most?

ALSO READ: “The humanity in every character should feel universal”: Shonda Rhimes on Promoting Representation Through ‘Bridgerton’ Season 2

Bridgerton Season 2 will be available for streaming on March 25, 2022, on Netflix.

How Does ‘Love, Death + Robots’ Season 3 Episode 6, ‘Swarm’ Connects With Adam and Eve