Even though Millie Bobby Brown seems quite serious because of her personality in Stranger Things, she is quite bubbly in real life. Not just that, the actress has established herself as a beauty paradigm at quite a young age. Her fun social media and the life that she lives is a huge example of Millie being a full-of-life person. And, she has mentioned before that she is embarrassed by nothing. She believes in being her true self and follows her ideology pretty well. The actress got her share of enormous popularity by playing Eleven in Netflix’s biggest hit of the year, Stranger Things. But, Millie made her first film debut in the year 2019. The 18-year-old star made her debut through Hollywood’s hit Godzilla franchise with the film Godzilla: King of Monsters.

The film was a huge break for her and she was just 15 years old when she did the film. Being a kid, and one with a bubbly nature, Millie could not stop herself from playing pranks on her co-stars.

Millie Bobby Brown aka The Queen of Pranks

Right before the release of the film, Millie Bobby Brown did an interview with Lorraine while promoting the film. There she talked about her experience on the set of her first film. She revealed how it was shocking for her to be approached by the makers of the film.

When asked by the host whether she is a bit of a prankster, Millie replied with a very professional answer by calling pranking a “premeditated” job. “My pranks are extremely planned out and thought about and I have to target the right people.”

She mentioned her co-star, O’Shea Jackson Jr., saying that she can play pranks on him freely as she knows he won’t do them back to her. On the other hand, she never plays pranks on Kyle Chandler, as the actor gives her an intimidating look sometimes, saying that she has established an unspoken boundary with him. However, she does consider playing pranks on another of her co-stars, Vera Farmiga. That is because Millie knew that she will return the favor but won’t start a prank war. Although she did mention the co-writer of the film, Michael Dougherty, whom she would team up with to play pranks on others. The reason behind playing these pranks is well explained by the star. 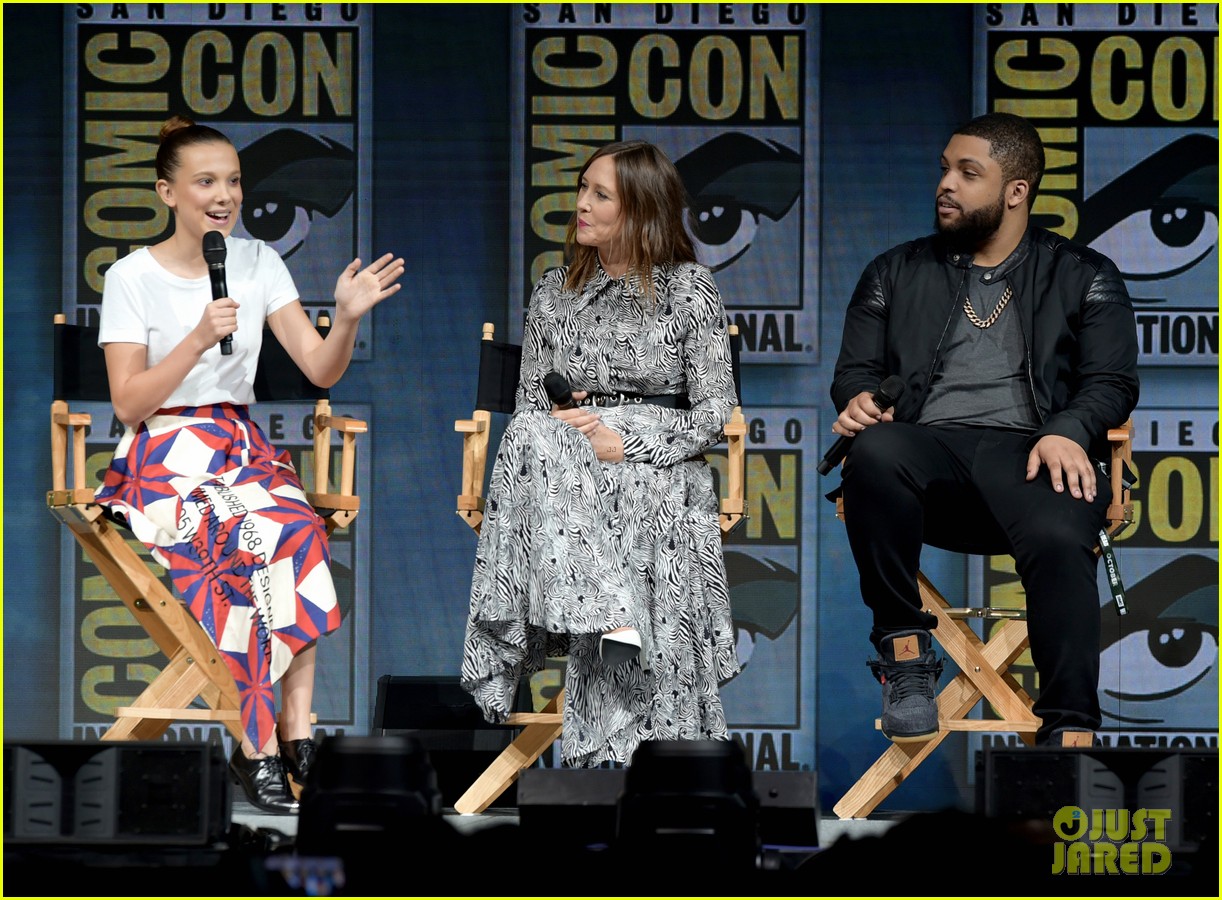 She said that the film was very intense and so was the shooting. Hence, she had to play the pranks to lighten up the mood and “bring the youth to the set.” Also, she was known as the “Queen of Pranks” on the set of Godzilla: The King of Monsters.

What do you think about Millie’s strategic pranking? Let us know in the comments.

ALSO READ: Why Millie Bobby Brown Returning to Monsterverse in ‘Godzilla vs Kong 2’ Is Highly Unlikely?