Perhaps our grandparents told us all about the adventures they had as kids. They may have carried out their fair share of naughty deeds and covert operations. But the lives we lead as Gen Z kids are potentially just as adventurous. And we all have our due bit of adorable little lies and secrets too! It seems like Millie Bobby Brown also has her share of such maneuvers and lies. 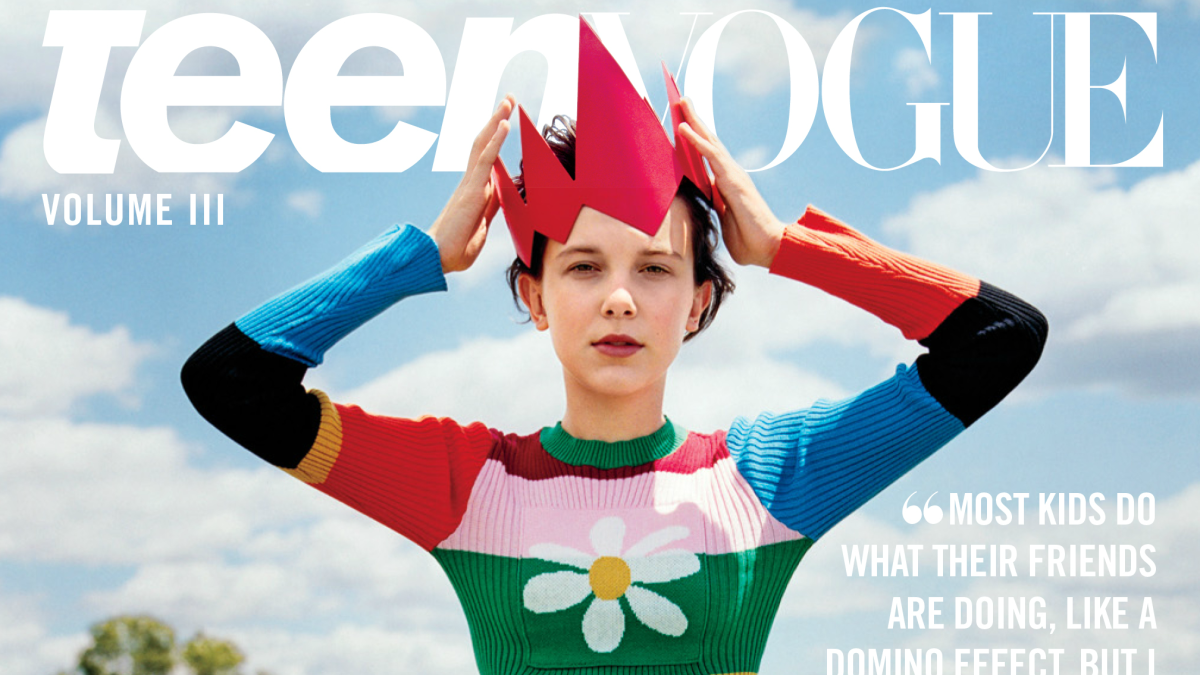 Brown, the 18-year-old Canadian producer, actor, and budding entrepreneur, is now a part of almost all the big talks. But did you know she had kick-started just like us? Although she has now become an idol and inspiration for many, she was once a notorious kid. MBB went through the same amusing juvenile-adolescent phase as us. For instance, didn’t Facebook serve as your initial social networking platform? And we assume you had to make up your age? No, we’re not following you right now; this is just a random assumption that most people would agree with! And MBB isn’t far from this reality.

ALSO READ: “I will never do that again”: Millie Bobby Brown Is Absolutely Livid After a Jaw Exercise

We apparently learned about the sweet little lie from the Stranger Things actor, who recently shared her internet firsts with Teen Vogue. If you are intrigued enough, all you have to do is keep reading.

The first question, a very prominent one indeed, that vogue asked MBB was about her first social media handle. To which the girl with telekinetic powers replied, “My first social media handle was Facebook, and I had to lie about my age so that I can create an account.” Fascinatingly, Brown was just six years old when she created her ID on the platform. According to MBB, the reason her six-year-old self had to lie to Facebook was solely for entertainment purposes. “I just scrolled the internet like I shouldn’t be doing,” she confessed in the video.

We know you are excited enough to watch her talk about it all. So, rest your horses and enjoy knowing about the internet firsts of your favorite actress here:

Just imagining baby Millie scrolling through the internet on her phone or other devices makes us go aww. Perhaps her Enola Holmes got the detective skills through such pursuits only. She talked about her first selfie, the first celebrity to follow her, and more.

ALSO READ: “I am gonna have to agree with the Americans”: Millie Bobby Brown Ditches Her British Origins Over a Food Item

Are you looking forward to watching her in Stranger Things’ grand finale? Share with us in the comments section below. On November 2, 2022, see Millie’s return to Netflix with Enola Holmes 2.