Meghan Markle has been occupying the headlines of the news recently more often. However, this time, her association with the news headlines might make you happy. In 2019, when the world premiere of the last season of the extremely popular show, Game of Thrones,  was held, a beautiful coincidence happened. People recognized the crossover immediately as you will see here what we’re talking about.

Meghan Markle, the Duchess of Sussex, has had many trials till now in her personal life. However, if you have noticed this one thing about her, you would like her for that. Every time she makes a public appearance, she always stands out because of her dressing sense. Well, you guessed it right. This time, something regarding her dress has made the headlines more interesting, as it might be totally unexpected.

ALSO READ: After Megxit, Are Prince Harry and Meghan Markle Now “Duke and Duchess of Netflix”?

How did Meghan Markle influence the premiere of Game of Thrones?

As everyone would agree, the statement: Game of Thrones is one of the most brilliantly plotted shows on HBO. The show has cult followers as the audience widely loved it. In 2019, when there was a world premiere of the final season of the show, people saw the gist of Meghan on the red carpet. Well, she didn’t really attend the event. But one of the actresses in the show had put on the same dress that Meghan once wore. 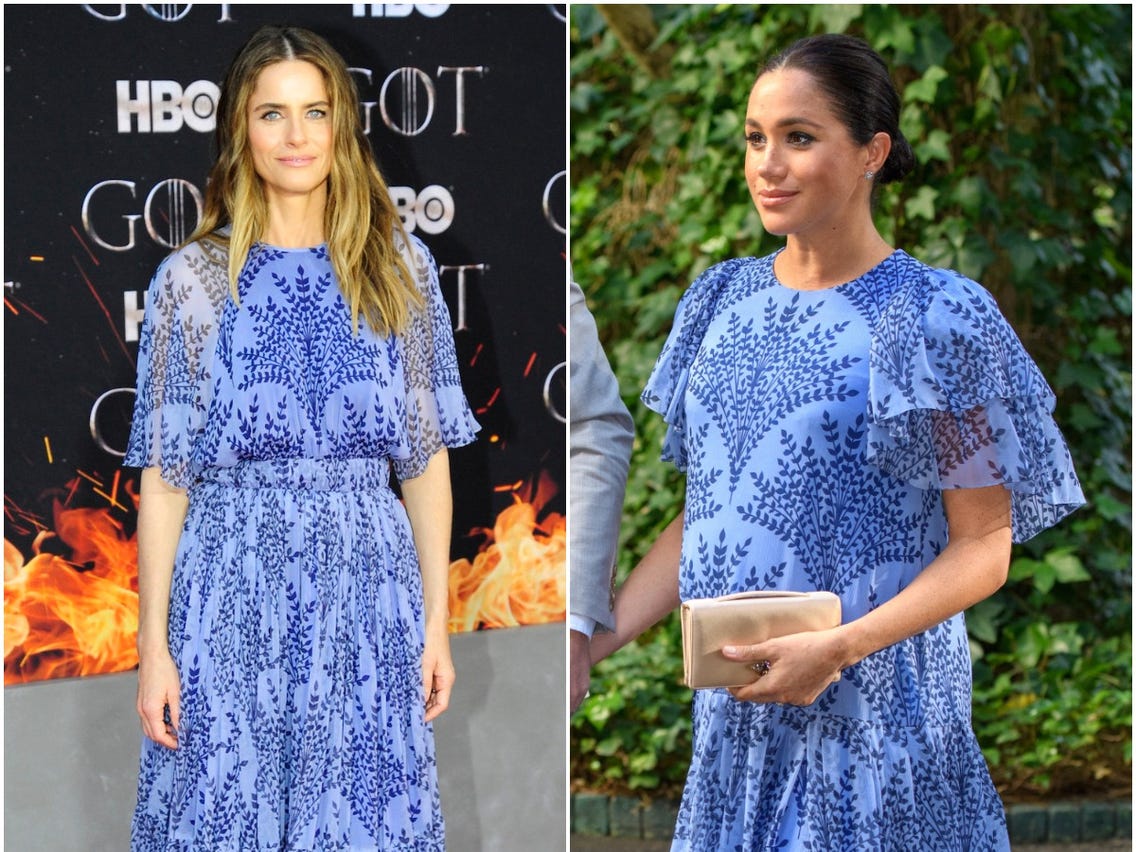 Amanda Peet, the wife of the show’s co-creator David Benioff, wore this Carolina Herrera gown, worth $2,990, on the red carpet. However, some people immediately recognized the dress as Meghan wore it before, while praising the look on Amanda. When the Suits star visited Morocco in February 2019 at the residence of King Mohammed VI, she had worn the same dress.

Although both celebrities wore the same dress, they styled it differently. The Dutchess wore it with her hair in a slick bun while holding a gold Dior clutch in one hand. It was the perfect, elegant look for the meeting with the king, accompanied by her husband, Prince Harry. But Amanda kept it a little casual with open wavey hair without adding extra accessories to it.

Who did you like the most in this beautiful floral dress? Share your pick in the comments below.