Some topics of discussion are so popular among the masses that everyone, from children to adults, can be a part of them. The Marvel and DC movies are one such form of universal discourse. Ever since phase one of MCU came into being, the signature superhero landing has been so much talked about that even if you think you do not know about it, you know about it. And Ryan Reynolds has perfected it in the best way possible.

The maneuver in which a character falls from a height and slams into the ground while crouching, either with their feet apart and knees bent or on one knee, always hitting the ground with their fist, has become so common that the 2021 Black Widow movie has lampooned it. All of it boils down to the hilarious comment of Scarlett Johnson’s estranged sister when she sees Black Widow doing that three-point landing.

Deadpool forestalls the villainous Angel Dust performing a superhero landing during the movie’s last act in his trademark fourth-wall-breaking style, while also joking that the move is “very harsh on your knees, utterly unrealistic.” A similar dialogue occurs in Black Widow when Yelena questions Natasha about “that thing you do when you’re fighting” and then mimics Black Widow’s own superhero landing pose, which entails crouching with one arm outstretched and flicking her hair back. 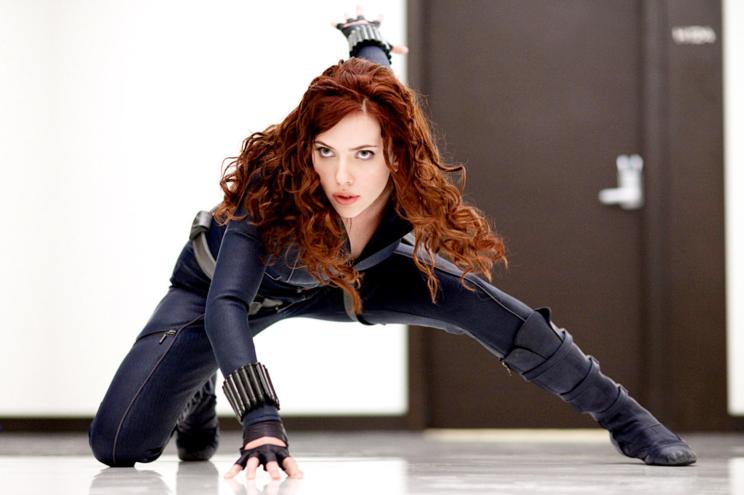 While Ryan Reynolds is already gearing up for his new mercenary movie, Florence Pugh stepped up in the industry with her brand new movie alongside none other than the very melodious Harry Styles. The movie star turned marketing maven has a gifted wit and humor, and the 26-year-old English actress also nailed the joke, ridiculing the entire history of such super hero landings.

ALSO READ: Blake Lively Reveals Ryan Reynolds Did Not Invite Her to the Deadpool 2 Set for THIS Major Hollywood Biggie

Which of these out of the world superhero entrances do you love the most? Let us know in the comment section below.