There are probably a million stories out there, stories that will forever be told and re-told. Yet, somehow, it feels like each story is nothing but a slightly unique version of something we heard or read in the past. And it all can be traced back to the rich mythologies that we have. The beautiful tales of love, might, and ore are something that inspires storytellers all the time. And that is exactly what probably happened with the episode titled “Swarm” from ‘Love, Death + Robots’ Season 3.

While the story itself was something absolutely amazing; one cannot help but notice the striking similarities between it and the story of Adam and Eve from the Old Testament. Even though the setting and the general vibe around both the stories are different, they felt alike. But how exactly does the story connect with the Netflix show?

The defiance of power and manipulations: Love, Death + Robots’ Swarm brings Adam and Eve to life

The central story of the entire episode is how a pair of scientists, Dr. Mirny and Dr. Afriel, try to uncover the secrets of an alien race. Both of them are in complete awe of the sheer perfection with which this ancient alien race operates. Dr. Mirny is dedicated to preserving the race and letting it be on its own, while Dr. Afriel is inclined towards harnessing the being and using it for humanity’s betterment. It is Afriel’s plan that eventually gets executed, but the way he manipulates Mirny will definitely remind you of Satan’s infamous manipulation of Eve. 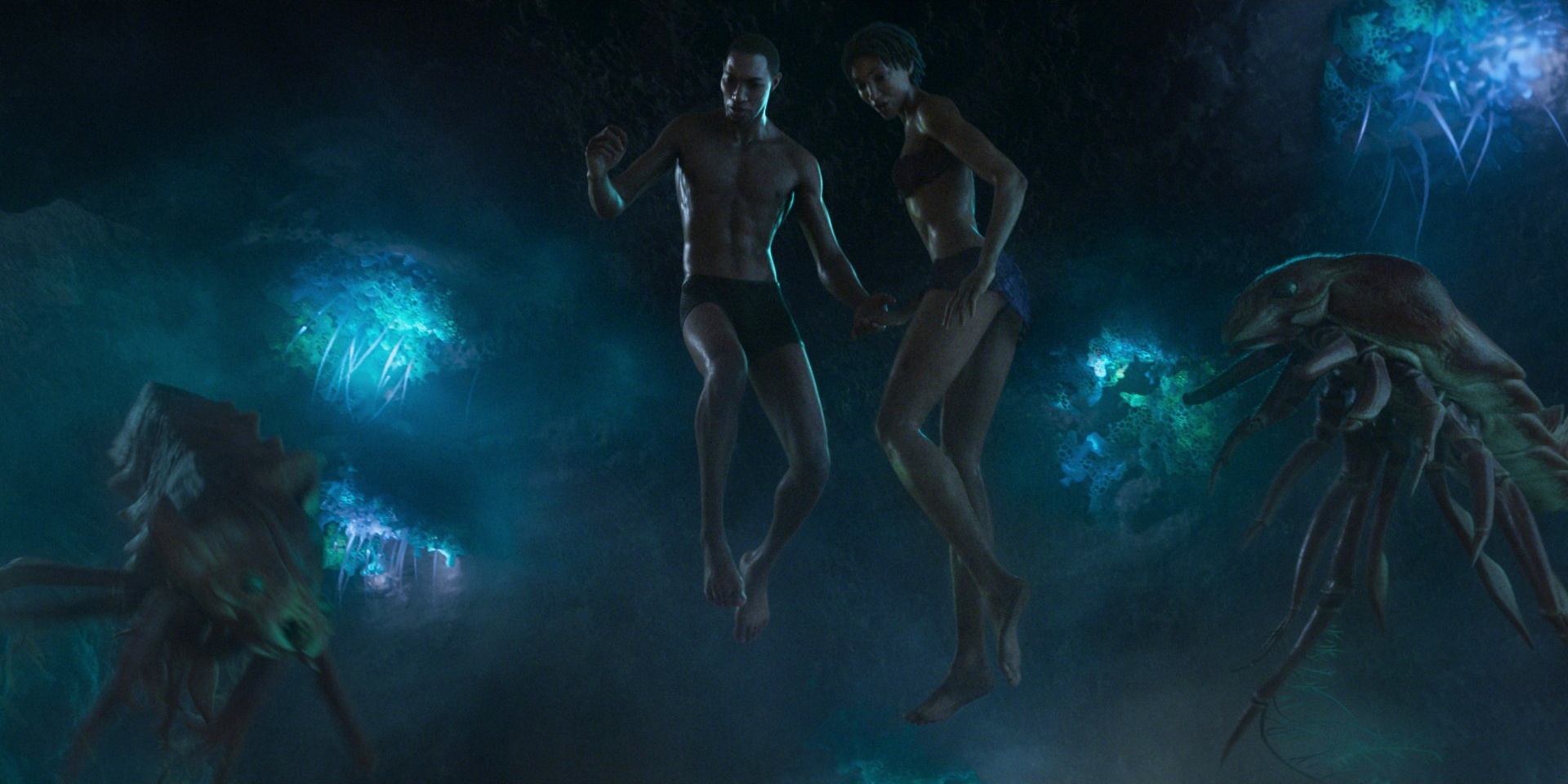 And just like manipulation led to Adam and Eve defying all the teachings of God, both these scientists use artificial pheromones to control some workers of the hive. They plan to build their own queen and nest after getting their hands on a fertilized egg. And in a way, they defy the ancient race. And if the Book of Genesis taught us anything, it is that defying any power always brings chaos.

The eternal struggle of Dr. Mirny and Dr. Afriel

For Adam and Eve, the punishment was to live their life out on earth and have their future generations pay the price for their sins. They could no longer live in the Garden of Eden aka the paradise. Living inside the nest was something similar for the scientists, as they had everything needed for survival. Great food, comfortable temperature, and nothing but contentment in their life. However, when the nest gave rise to an intelligent being, their entire plan went to waste. It reveals that every time an alien race tries to attack the Swarm; it rises to defend it. And also that it will use them to create even advanced humans to fight humans. 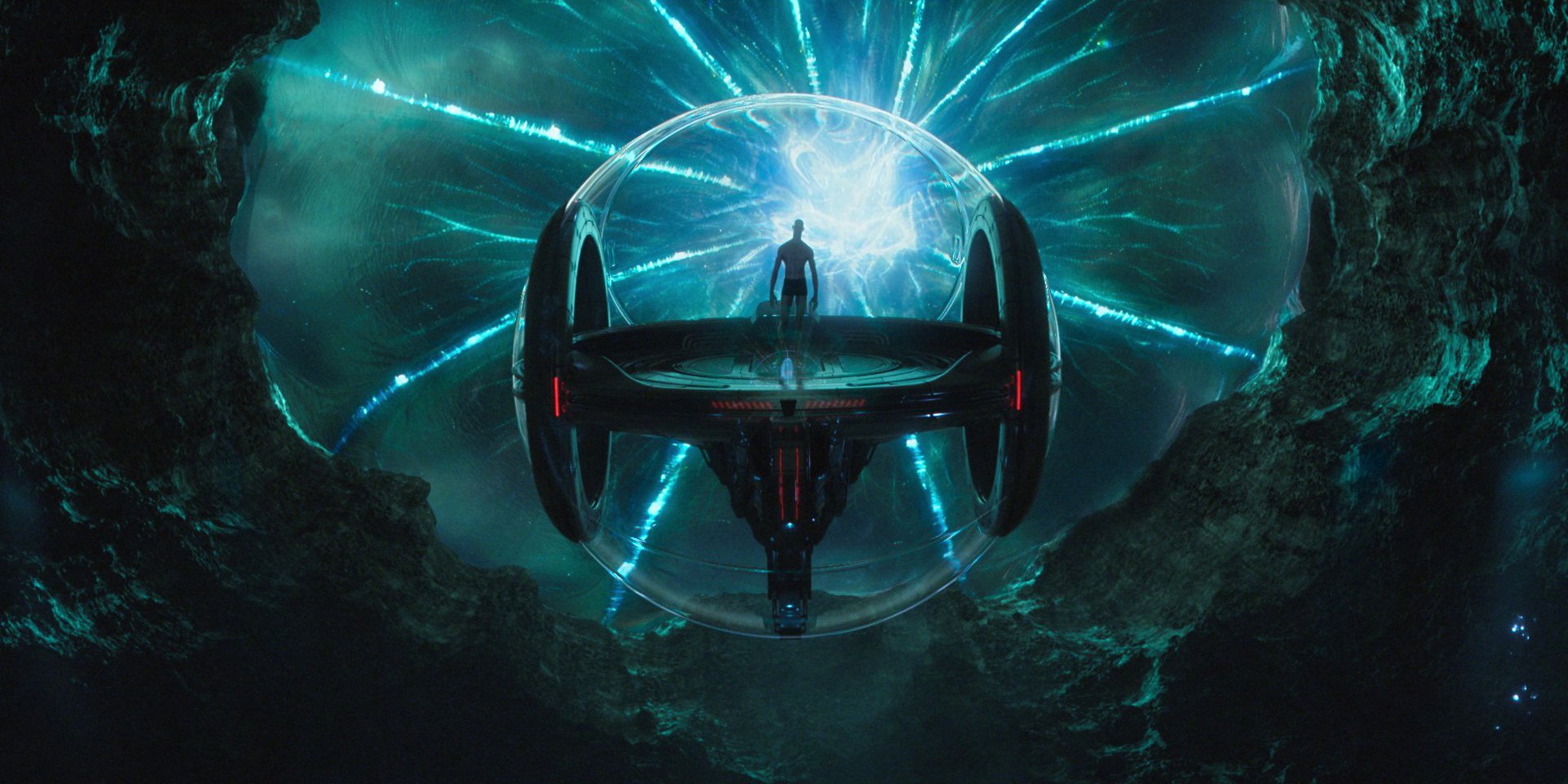 Thus, both the scientists meet a similar fate to Adam and Eve, where their future generations will pay the price for something that their ancestors did. While the episode “Swarm” of Love, Death + Robots, is far as possible from the stories of the Bible, it still has strikingly similar themes to it.

Tell us if you found any other similarities between both the stories.

Adam and EveLove Death and Robots