Netflix is churning out diverse content from regions around the world like no other streaming platform. The KDrama and Anime community in particular are more than happy with the amount of new and old content that the OTT Mughal has made available for them. Earlier this year, Netflix announced a live-action adaptation of the iconic anime Death Note. Furthermore, the streaming giant also released and produced the Cyberpunk: Edgerunners anime created by the brilliant Rafal Jaki. All the iconic animes such as Death Note, Demon Slayer, My Hero Academia, Haikyuu! and more are available to stream on Netflix with subtitles in various languages. But is the brilliant 2015 anime series Shimoneta on Netflix?

What is Shimoneta: A Boring World Where the Concept of Dirty Jokes Doesn’t Exist about?

Directed by Yohei Suzuki with an intriguing and hilarious screenplay from Hirotaka Akagi, this anime series was released in 2015. The humor and threads that connected it to the present scenario are what make this anime phenomenal. Furthermore, Shimoneta: A Boring World Where the Concepts of Dirty Jokes Doesn’t Exist consists twelve intriguing and thrilling episodes. It is set up in a dystopian version of present-day Japan in the year 2030.

A terrorist organization called “SOX” that spreads pornographic materials throughout the city as a revolt to the Government’s suffocating rules and regulation are at the center of the plot. Tanukichi Okuma, who has just gotten into the most prestigious school in the country, is blackmailed by Ayame Kajou to join their organization. Over the course of twelve episodes, the series raises questions on the powers of the government and freedom of citizens, but it is always packed with jokes and tons of eroticism.

ALSO READ: Will Netflix’s One Piece Live Action Adaptation Be a Carbon Copy of the Anime?

Additionally, the dialogue and performance of the voice actors in the anime is outstanding, earning them a nomination at the Behind the Voice Actors Awards. A second season of Shimoneta is in talks, but there has been no official confirmation.

Can you watch Shimoneta on Netflix? 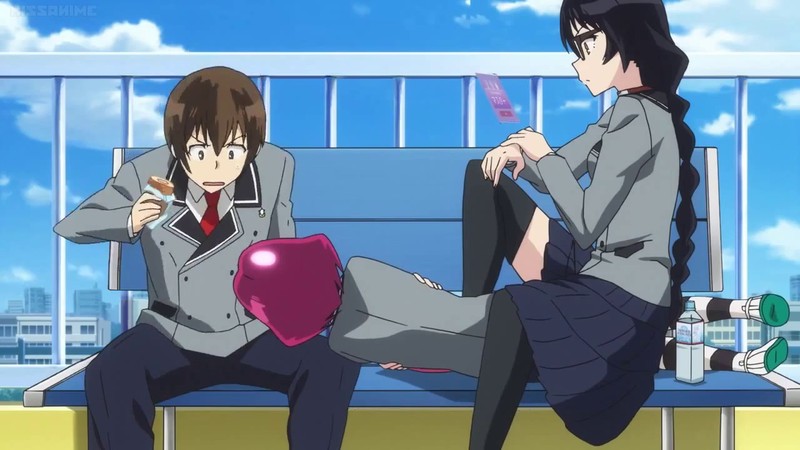 Are you waiting for a Shimoneta Season 2? Let us know in the comments below.