Dramas and movies have the power to make a site a popular tourist destination. All you need is one iconic scene and fans of the show will flock over to the place to relive the scene. Breaking Bad and Better Call Saul did the same for Albuquerque, recently. And now Korean Drama Extraordinary Attorney Woo has done something similar.

The Korean import is the most popular drama at the moment. The heartwarming tale of an autistic girl navigating her social and corporate life is a hit with the subscribers. The drama hasn’t budged from Netflix’s Top 10 non-English series list for six weeks straight.

A 500-year-old Hackberry has garnered immense attention after it was shown in the episode: A Tale About Sodeok-Dong in Extraordinary Attorney Woo. Visitors are flocking to Dongbu village where the tree is to see the half-a-millennium old tree. Park Eun Bin’s character fought for in the drama.

Eun Bin lobbied for a national monument status to conserve the 22 feet wide, and 52 feet tall tree. She not only succeeds in winning the plea but also inadvertently makes it a national natural monument in real life.

The tree that boasts a 88 feet crown was already under the protection of the city of Changwon since 2015. However, after the surge in visitors and popularity of the tree, the South Korean government has declared it a National Natural Monument. The residents of Dongbu considered the tree their Guardian and hence a temple Danseonam was erected near it.

The National Natural monument status has created new problems for the residents of the village. Since the Culture Heritage Protection Act will now mark off the 500-meter radius around the tree as a conservation area, the residents that fall within 200 meters of the tree will now struggle to get permits to extend their property. 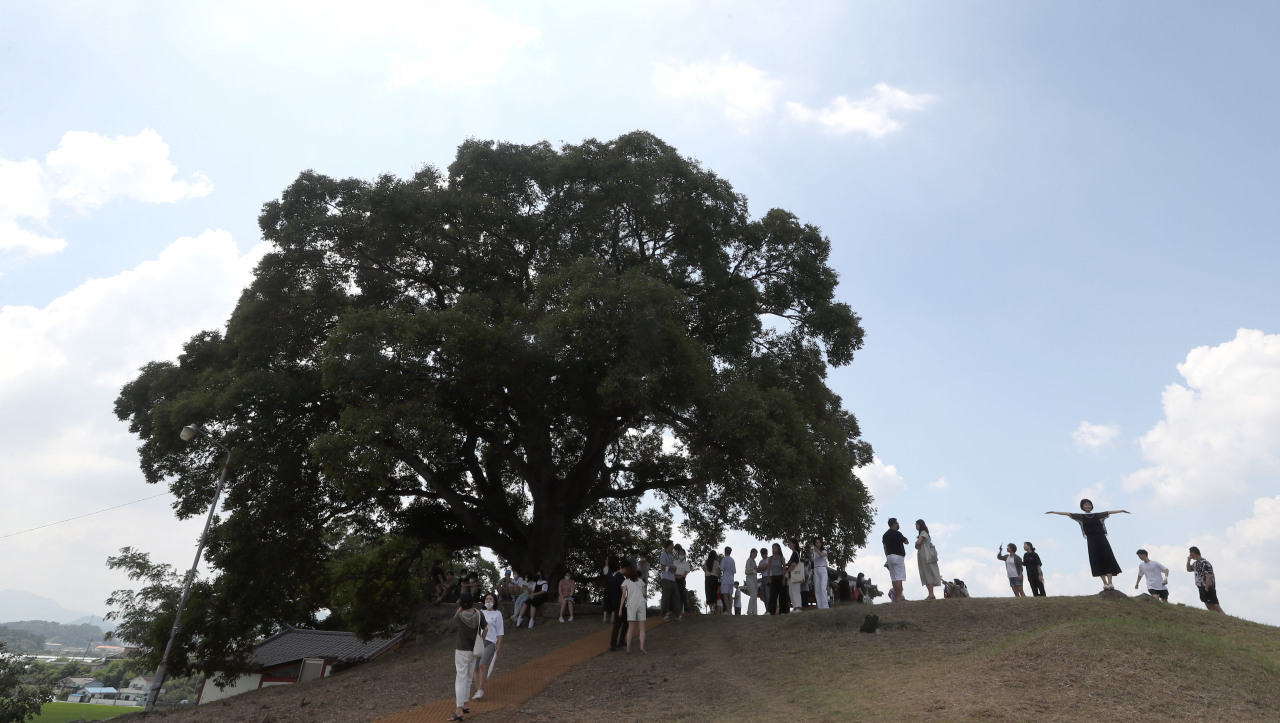 Do you think the National Natural Monument status of the Hackberry tree was warranted?

ALSO READ: After an Emphatic Performance in Season 1, Will Kang Tae Oh Miss Out on ‘Extraordinary Attorney Woo’ Season 2 Because of Military Enlistment?