It is true that a true artist would want to serve the audience the best that they can. To create a perfect piece of art, they would go all the way. Billie Eilish also goes all the way to serve her fans to the best of her capacity. She talks about the creation of her album with David Letterman on My Next Guest Needs No Introduction.

Despite having a syndrome that bothers her sometimes, Billie Eilish takes risks all the time to serve her fans with her art. Billie and her brother create music together, and that is the best time they have together. David Letterman asks Billie about her recent album Happier Than Ever. He asks if Billie directs the videos herself and if she knows anything about directing. Billie says she directs her videos, and she knows nothing about directing.

“I barely know what I am doing. I’m just figuring it out,” says Billie. And she says that she loves directing them. David specifically asks about the one with the rain and the house. He thought Billie was in great peril. The part where she was standing on the roof of the house was very dangerous. Billie agrees with David and adds, “Absolutely. Everything about that was dangerous.” 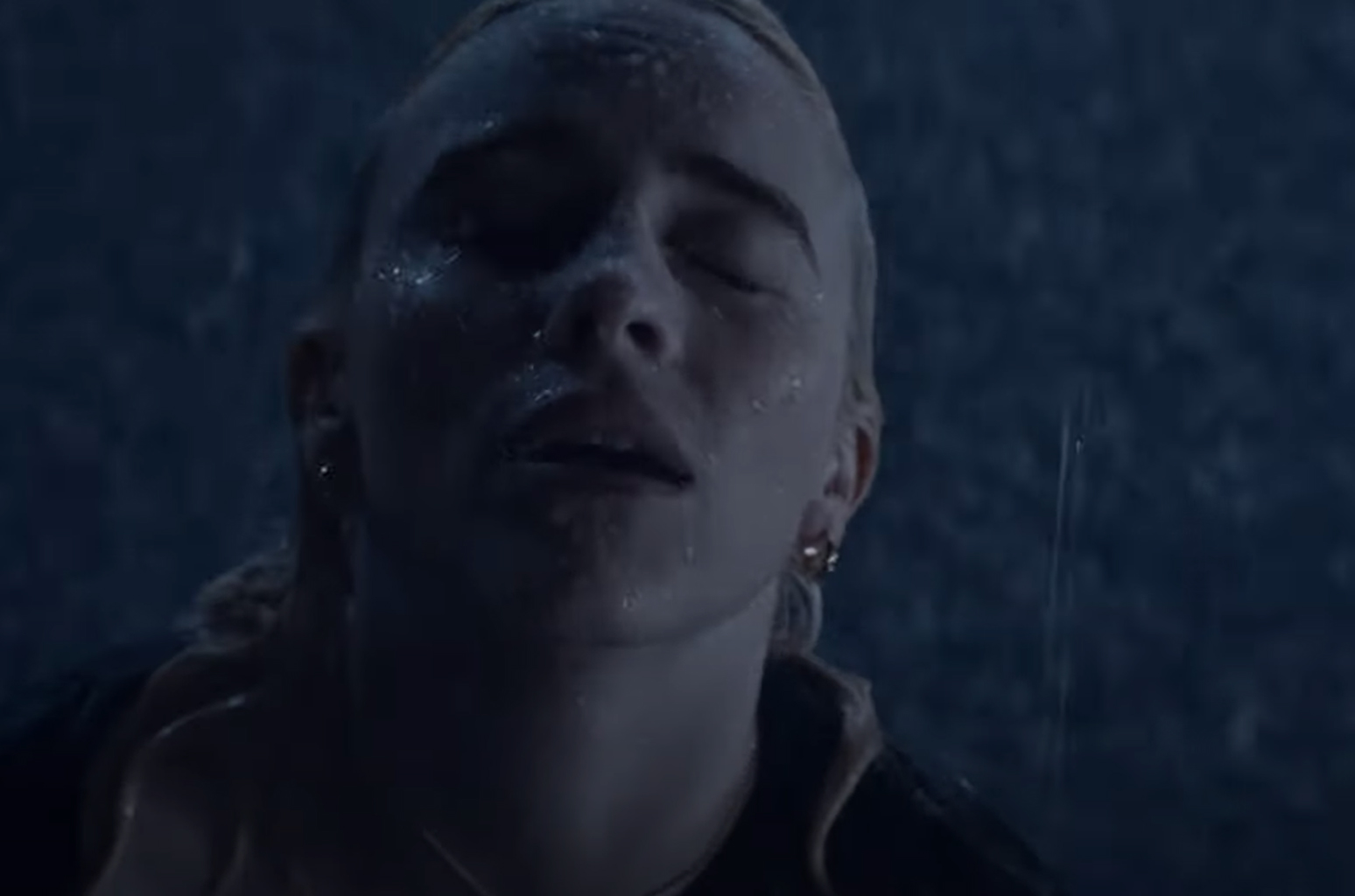 David tells her he saw that video twice and thought that couldn’t be Billie. But Billie informs him it was all real. When he asked her how they did it, Billie explains the whole process. If you’re wondering like David, if she got hurt while shooting the video, then yes, she did. “How do you accomplish the performance while you’re close to drowning?” asks David curiously.

Also Read: Billie Eilish and Finneas Crack Up as David Letterman Gets a Taste of Autotune

Billie had to do the breathing exercises to hold her breath underwater, as she didn’t have scuba gear or any breathing support. She had to go all the way down to the bottom of the tank and hold for a second there to get the shot right. She had trouble seeing through as the bubbles kept coming and her eyes were open in there. “This is what I wanted to do. This was all me,” despite all the hardships, says Billie.

Then they talk about how did they come up with the idea for the video. Billie admits she wanted rain, but they would all sit together. They would throw in their ideas, and Billie would catch up a word, then she would explain it to her team. This is how she creates videos.

The explanation of the creation of this video proved that Billie indeed went all the way to bring perfection into the video. Have you watched this episode of My Next Guest Needs No Introduction with David Letterman? Watch it here now and share your favorite Billie-David moment with us.