Cobra Kai has taken the world of martial arts by storm through the fascinating combat style of its characters. Bringing some of the greatest fighters from the 80s Karate Kid movies may have inspired many people to put their Gi on and bring that karate warrior out. With a hot streak of fun, light entertainment, and a perfect balance of action, the series continues to amuse both the old and new generations to the very date. 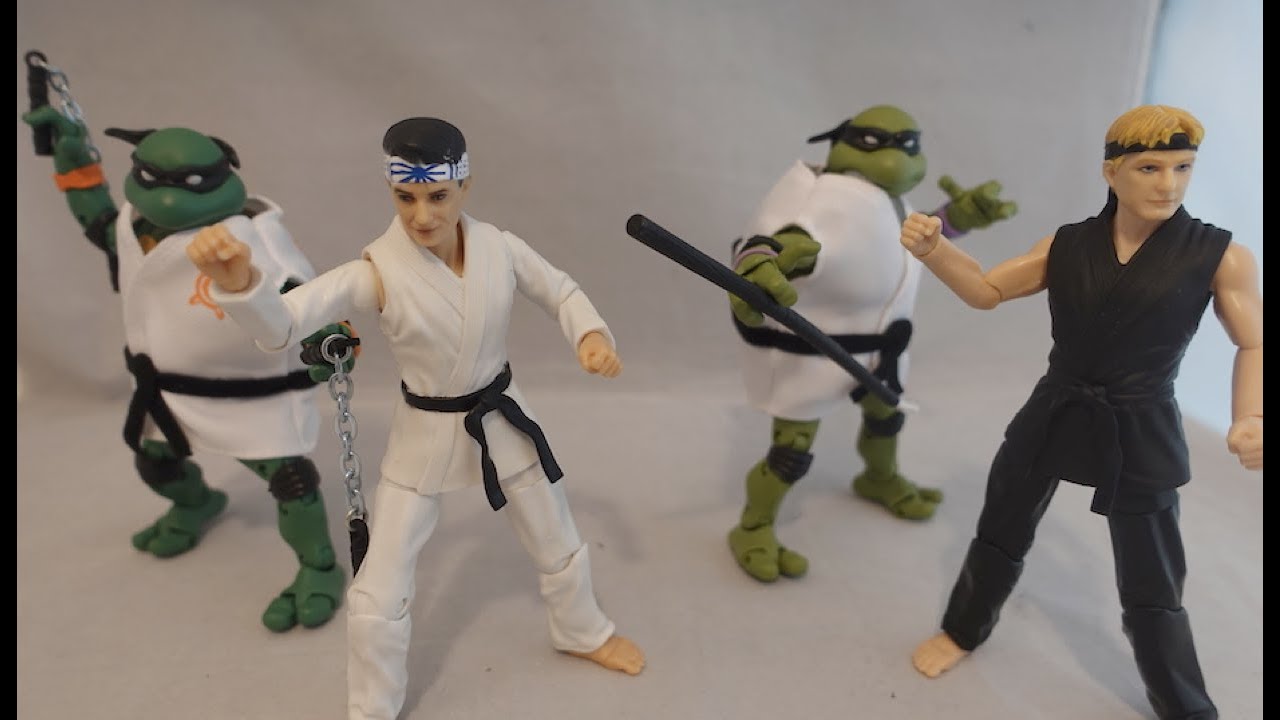 Notably, it has created such a loyal and critical fanbase that they do not leave a single chance to amuse themselves with various theories, speculations, spin-off demands, and even crossovers. One such hilarious crossover was that of Cobra Kai characters and Teenage Mutant Ninja Turtles. Although not in the form of live-action adaptation drama, they found their solution in these admirable and badass figurines. Apparently, as soon as the American sitcom hit Netflix’s platform, Playmates Toys introduced a series of TMNT vs Cobra Kai action figures, and fans couldn’t get over it.

As soon as fans came across Cobra Kai vs Teenage Mutant Ninja Turtles toys, they rushed through Reddit demanding their choice of character interactions. As you can see below, these figurines look as if they are ready to battle anytime and would only rest after a glorious victory. Fascinatingly, the mutant ninjas also have their armor along!

These crossovers are getting out of control from cobrakai

I found a different one from cobrakai

These six-inch figures are available in two packs. They let you pit the Heroes in a Half Shell against the masters of the leg sweep. If you give it some thought, both franchises have a lot in common. Their different origin stories began in the 1980s, and they are about youths who are completely enamored with martial arts and mentors. Therefore, it isn’t hard to imagine how their fan bases might overlap. Further, both series have found a recent rejuvenation of their fandom, making it all more enticing. And this crossover might as well be an inspiration for a new spin-off or comic book series. You can always buy them off Amazon.

ALSO READ: After Stranger Things, Cobra Kai Season 5 to Have Its Longest Episode Ever as Its Season Finale

Which Teenage Mutant Ninja Turtles vs Cobra Kai action figure would you want? Do let us know in the comments below.