The latest season of My Next Guest Needs No Introduction with David Letterman has many intimate conversations. All the celebrities opened their hearts out and they exposed themselves with utmost honesty. Cardi B is one of them. She opens up about her childhood, relationships and family. She also talks about the decisions she made when she was a teenager.

Cardi B decided NOT to go to college, but why?

Cardi earlier shared with David on My Next Guest Needs No Introduction that she was a rebellious kid back then and her mother would ground her because of it. Her mother was very strict than Cardi is with her children. The singer talks about how her mother told her to leave the house. So, she went and lived with her boyfriend. This action of hers crushed her mother, but Cardi admits that this experience made her realize she had it.

ALSO READ: Cardi B Has a Key Information on the ‘chopped cheese’ Which Everyone Must Know: “we did that”

She says that her mother was the reason that Cardi went to college. Even after getting kicked out of the house, she decided to go to Chambers Street, BMCC, as she didn’t want to disappoint her mother. It was very important to her mother. However, Cardi went to college only for a couple of semesters. She studied political science and Western civilization there but then dropped out later. 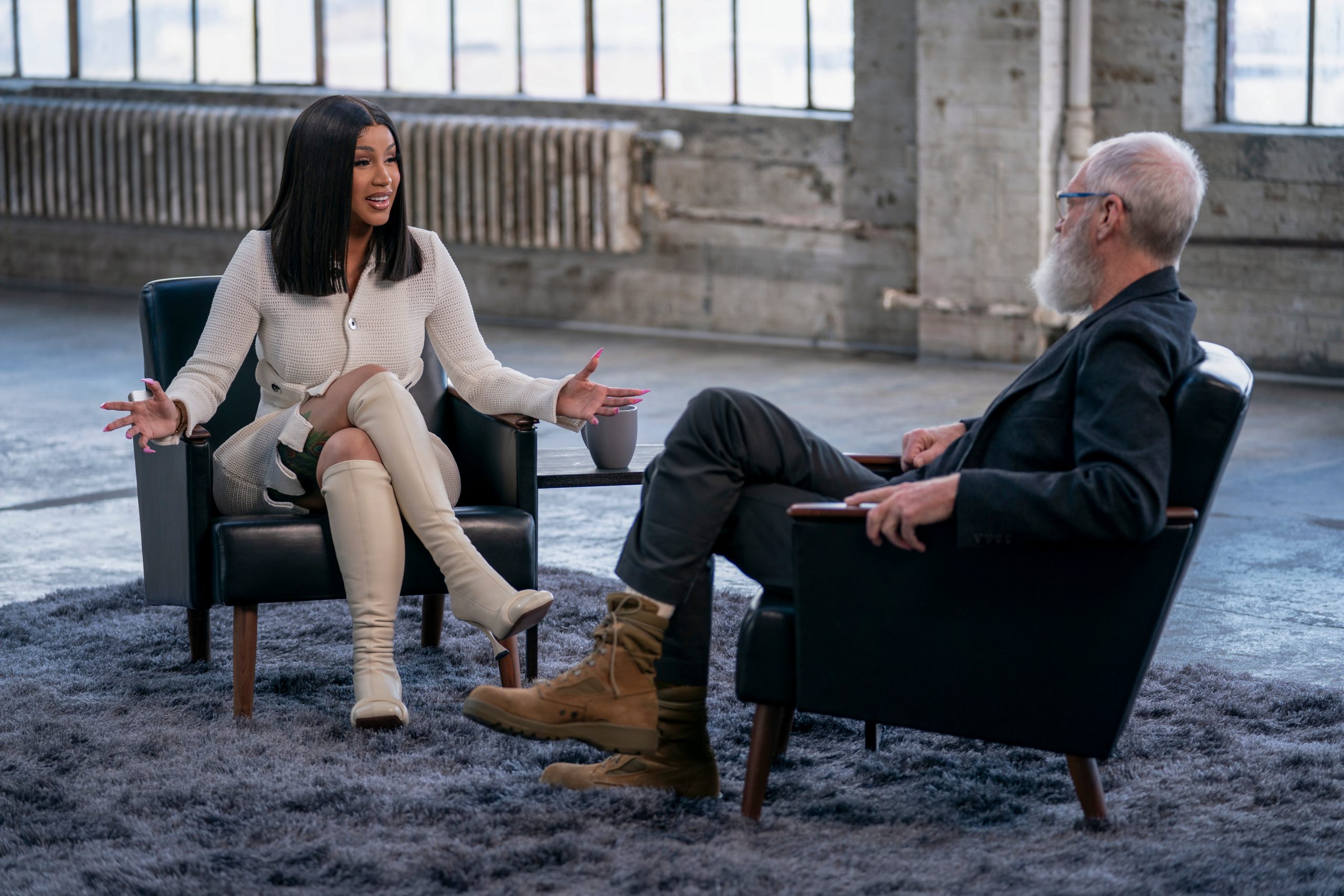 David asked her why she left because the subjects that Cardi had chosen made sense. The Bodak Yellow singer talked about how even though she got financial aid, she still needed money, which she didn’t have much at the time. She was earning $250 a week, which wasn’t enough. She needed more money.

So, after dropping out of college, Cardi started working at the Amish Market. David asks, “Was the operated Horse and buggies out front?” Cardi admits that’s what people always ask her. “Nothing about this is Amish,” adds Cardi B. She says the food was delicious and organic, but that doesn’t mean the place is Amish. In fact, Turkish people ran the place.

Letterman asks about her duties and responsibilities. She apparently did almost everything, including being a cashier, stocking the shelves, putting pricing on items, etc. David shares his experience as well about working at a shop and how he considers this his the best experience.

Cardi adds that the only part that she loved about that job was sometimes she would get a free lunch. But Cardi hated the job. So, after leaving that job, Cardi worked as a dancer. David teased her by saying, “Now this was also not operated by Amish people?”

ALSO READ: When Cardi B Was Grounded for Going to a “Hooky Party”

Cardi shared that this experience taught her a lot. It was a learning and growing experience for her. Because of this job, she actually realized how much she loves music, and then she dived into it. And now, here we are, listening to her music and grooving to them.

Cardi decided not to go to college because she was destined to experience all these things. She had to go through the hardship that life threw at her to become what she is today.

We recommend you stream this episode here and go on a journey with Cardi B.