Selena Gomez has some big supporters; Billie Eilish, Camila Cabello, and Olivia Rodrigo are a few of them. The 39-year-old actress has been everyone’s favorite since a young age. She had her first breakthrough by leading in Disney’s Wizards of Waverly Place. The actress was only 13 when she bagged her role as Alex Russo in the series. However, the actress also became renowned globally for being a great singer.

Now the actress is back in films with her new documentary Selena Gomez: My Mind And Me. The 1 hour 35 minute Apple Documentary premiered in a rather grand way. It is supposed to showcase the rise, growth and struggles of Gomez in a never-seen-before style.

How Billie Eilish and others attended Selena Gomez’s movie premiere

Selena Gomez had her movie premiere on Wednesday. Selena Gomez: My Mind And Me documentary received a great response with celebs coming to support it, but there were stars who choose to sneak out and then take the Red Carpet route. According to a source, Olivia Rodrigo, Billie Eilish, and Camila Cabello were still caught by the paparazzi sneaking out of the theater. They were clicked at the TCL Chinese Theatre in Hollywood. 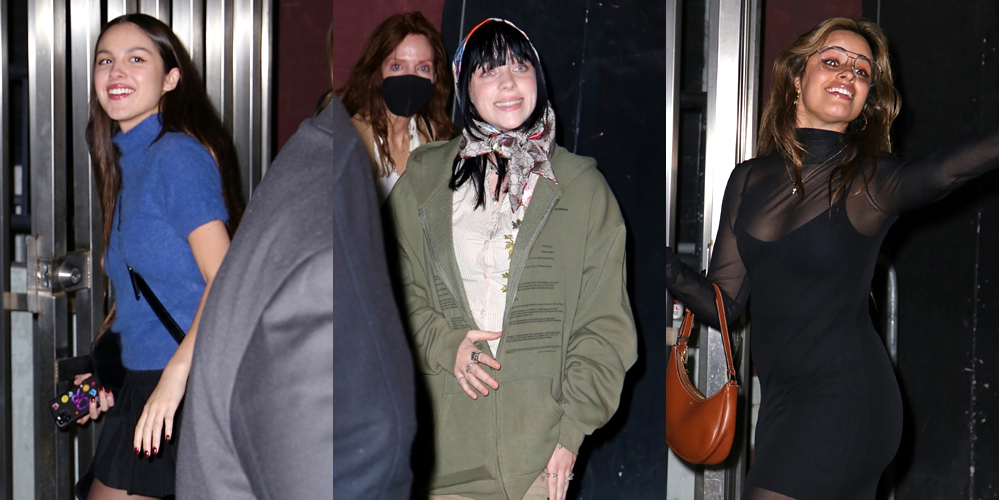 Camilla waved at the cameras with a big smile while wearing a black dress and a red hang bag. Olivia Rodrigo, in a next-door girl look, wearing a blue t-shirt and shorts with stockings, to complete the look. While the No Time To Die singer was seen in a rather comfortable look, wearing an olive green jacket and a scarf around her head.

Selena Gomez, however, looked stunning in a purple Rodarte dress, which she paired with David Webb gemstone earrings and a Jimmy Choo clutch. The actress was not afraid to shine as she appeared for the premiere. However, we get to see her up and close in her raw documentary. It supposedly also reveals her fear of being linked to Justin Bieber forever, and fighting bipolar personality.

From Disney to AppleTV+, the entertainer has come a long way in the entertainment industry while remaining a fan favorite. What are your thoughts about her latest project? Comment and let us know.