If you were secretly crushing on the American pop singer Billie Eilish, this might come to you as a heartbreaker. She is now hooked! The Bad Guy singer made her Red Carpet appearance with boyfriend Jesse Rutherford this month at the LACMA Art + Film Gala. They were first romantically linked and spotted just a month ago. 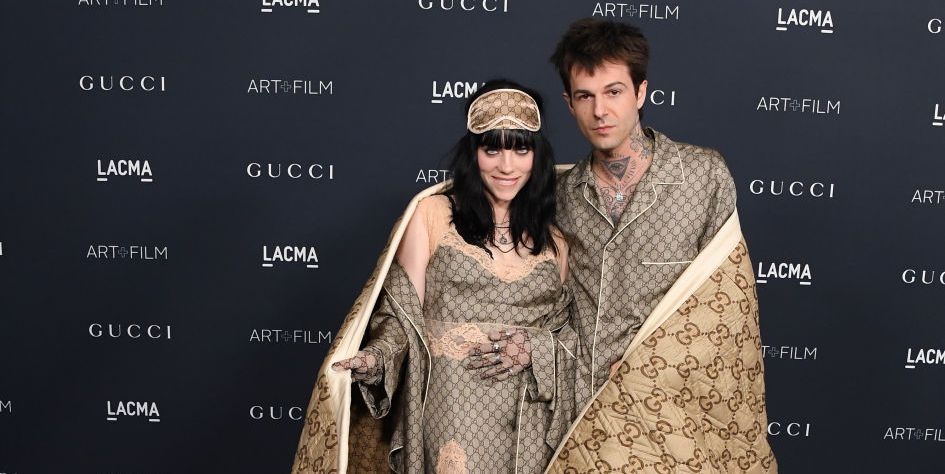 For those who are unaware, Jesse Rutherford is a 31-year-old American singer and songwriter. The actor is also the lead vocalist of the alternative rock band The Neighbourhood. Both were first spotted holding hands and spurring their newfound romance around the time of Halloween when they held hands and dressed up as a baby and an oldie in a haunted maze at Halloween Horror Nights at Universal Studios. Later on, they were also captured kissing outside an Indian restaurant in Los Angeles, confirming the rumored relationship.

Recently, Eilish’s brother opened up about his sister’s love interest and it seems like he is all in for her contentment. Even though the entire world would be against Eilish’s romance, Finneas would seemingly support his sibling forever.

The couple is seemingly scrutinized all over the internet for their 11-year age gap. Perhaps that is the reason they took up a baby-oldie avatar on Halloween night. However, it seems like, despite all the differences, the elder brother of the Guinness Book of World Records holder is completely in support of his sister. Finneas recently opened up about his sister’s brewing romance with 11 years older boyfriend, Jesse. “Listen, as long as she’s happy,” he told E! News at a GQ event for its Men of the Year issue on November 17th, “I’m happy.” At the LACMA Art + Film Gala the debutant couple was twinning in monotonous Gucci fir and even wrapped themselves in a Gucci blanket while getting clicked. While Eilish chose to wear a laced coffee beige gown, Rutherford made an appearance in the same color pajama.

So, what are your thoughts about the brand-new celebrity couple? Do Let us know in the comments below.