Netflix has come out with the 40th Barbie movie and it’s called Barbie: Mermaid Power. This is very good news for all Barbie lovers since Barbie: Mermaid Power is the most recent movie in the long line of Barbie-Mermaid films that date back to the early days of DVDs. The new addition follows the many Barbie movies that reached the streaming giant recently.

When it comes to Barbie or Mermaid, we always have a question: Who is better? Barbie: Mermaid Power is a movie that questions that and perhaps answers it. Netflix is finally pushing Barbie movies to the top too with the upcoming Barbie movie in the works. However, since the movie has already been out ages ago, is the latest Barbie movie worth the watch?

Even though the trailer for Barbie: Mermaid Power was released on Barbie’s official YouTube channel on 31st August, the same channel also released a preview on the release date. Netflix released the movie on 1st September and dropped a 10-minute-long preview.

Before we get into what the preview was about, a little background on the movie is important. So, the latest movie is a sequel to Barbie: Dolphin Magic. In the previous movie, we see how Barbie and her sisters enjoy a vacation at an island resort and a rare Gemstone dolphin goes missing. On the quest searching for the same, Barbie meets Isla. 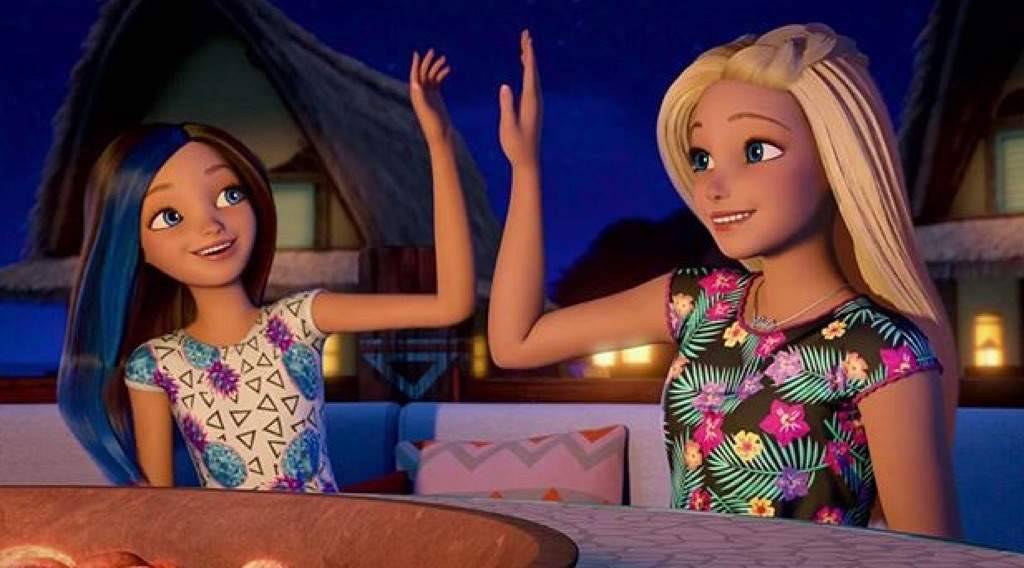 In the preview of Barbie: Mermaid Power, we see two Barbies! Brooklyn Barbie and Malibu Barbie and her sisters are seen underwater on a mission to find Isla. We see a beautiful song with all the mermaids dancing around. It is a very wholesome song with nostalgic scenes.

Remember how we used to groove over Barbie songs on a little fake phone that only played Barbie songs? Yes, we feel like a Barbie girl listening to the song!

What quest is Barbie on?

Well, since we have two Barbies this time, the quest to save the world is even more interesting. Yes, they are going to save the world. How? You may ask. Interestingly, in the preview, we see how Isla explain the golden pearl picked the right power for candidate mermaids but left two people out.

The event Mermaid Moon will decide one power for each mermaid. For instance, firepower with which the mermaid can control volcanos. However, the real question in the movie is, who will be the power keeper? They choose a power keeper in the movie, and that candidate will have all the powers combined!

ALSO READ: Are All Barbie Movies Available on Netflix?

Is this Barbie movie worth watching?

IMDb rated the movie an 8.2 out of 10. The audience of Barbie movies is generally kids, however, we know how even adults watch Barbie movies for nostalgia. We think the movie is definitely worth a watch. However, ultimately, it’s your call to make. Will you stream the movie?

What do you think about Barbie: Mermaid Power? To stream the same, head over to Netflix now and let us know your reviews!