A fun-loving, laughter-inducing, and down-to-earth entity, Blake Lively certainly lives up to the level of Deadpool’s mercenary. Having been married to Ryan Reynolds for more than a decade now, the Gossip Girl star shares a courteous relationship with him. Cracking jokes, and roasting each other on Twitter, other social media platforms, and even in interviews is perhaps their favorite way to portray their love for each other.

Also, Lively’s baby bump is nothing new to the headlines. The entire world knows about their three beautiful daughters, James, Inez, and, Betty. Furthermore, the couple made it official back in September that they are pregnant with a fourth child. Lively is already flaunting her 4th baby bump with all the grace and beauty in the world. Watching her bump again, reminded us of her 2016 chat with Seth Meyers on the Late Night show. The actress and the then mother of one had hilariously joked about her second-time bubbly womb that will make you roll on the floor.

Blake Lively once coyly joked about her baby bump

Reynold’s gorgeous wife had appeared on the Late Night Show back in June 2016, and Meyers congratulated her for the second baby, Inez, who was sleeping peacefully in her womb back then. Lively, dressed in a fitted black frock, coyly replied, “What makes you say that?” Moments later, she acknowledged her baby on the way by rubbing her belly and then said, “Yes, you’re guessing correctly. This is not brownies.”

She then talked about how Instagram mommy bloggers gave her wrong notions of motherhood suggesting to her it will be all glitters and gems. She then joked about her little one playing with explosive devices already and drilling holes in their house walls. Well, life sure is lively with toddlers around, Blake!

ALSO READ: Blake Lively Once Shared How She Feels ‘Much More’ in Her Skin After Having Three Daughters

While it could get hard sometimes to look after a little one, the Shallows actress had already hinted back then that the couple is planning for more kids in the future. “I’m one of five kids. My husband is one of four, so we’re officially breeders!” She had nudged in of the interviews. And here they are, blessed with a fourth one. 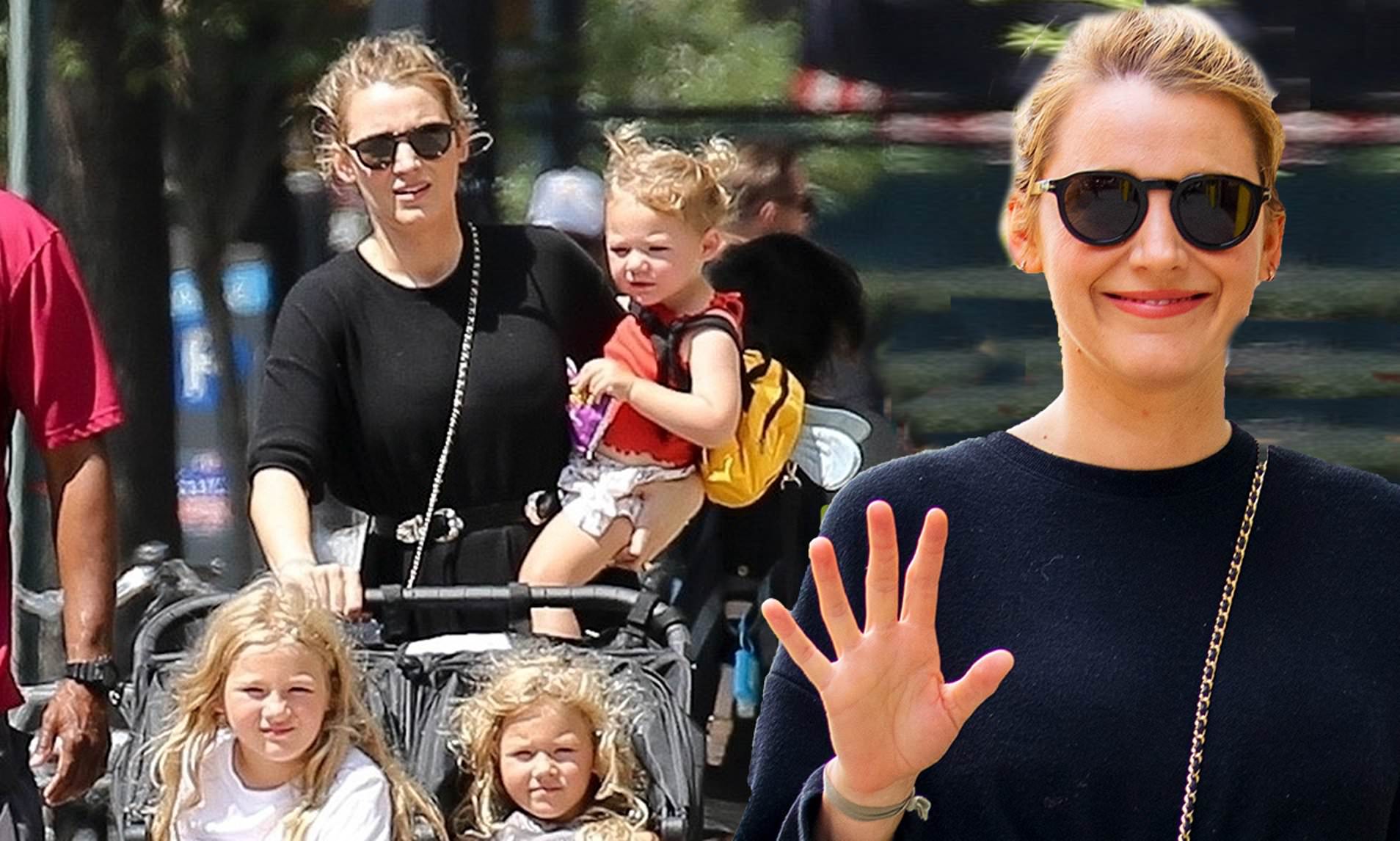 Do you find the Green Lantern couple and their baby brood, absolute goals? Let us know in the comments below.