We have all enjoyed shows and movies that are based on true stories; little did we ever consider what goes on in the mind of the person the movie is based on. The upcoming Netflix show Inventing Anna has been in the limelight for quite a while now. But today, we talk about the views Anna Sorokin aka Anna Delvey herself has about the Netflix movie.

The real-life con artist upon whose story the show is based is still serving her sentence in prison. Immigrations and Customs Enforcement (ICE) currently locked the German up in upstate New York, in quarantine isolation. The jury had found her guilty of grand larceny, among other charges, in connection with her scheme in 2019.

What did Anna Delvey say about the Netflix show based on her life?

Anna Delvey recently wrote an essay for Insider in which she has slammed the release of the Netflix show Inventing Anna. Delvey wrote, “(she felt) like an afterthought”. She also said she is not interested in watching the show.

“While the world is pondering Julia Garner‘s take on my accent in Inventing Anna… the real me sits in a cell in Orange County in upstate New York, in quarantine isolation,” Sorokin wrote. “Even if I were to pull some strings and make it happen, nothing about seeing a fictionalized version of myself in this criminal-insane-asylum setting sounds appealing to me.” 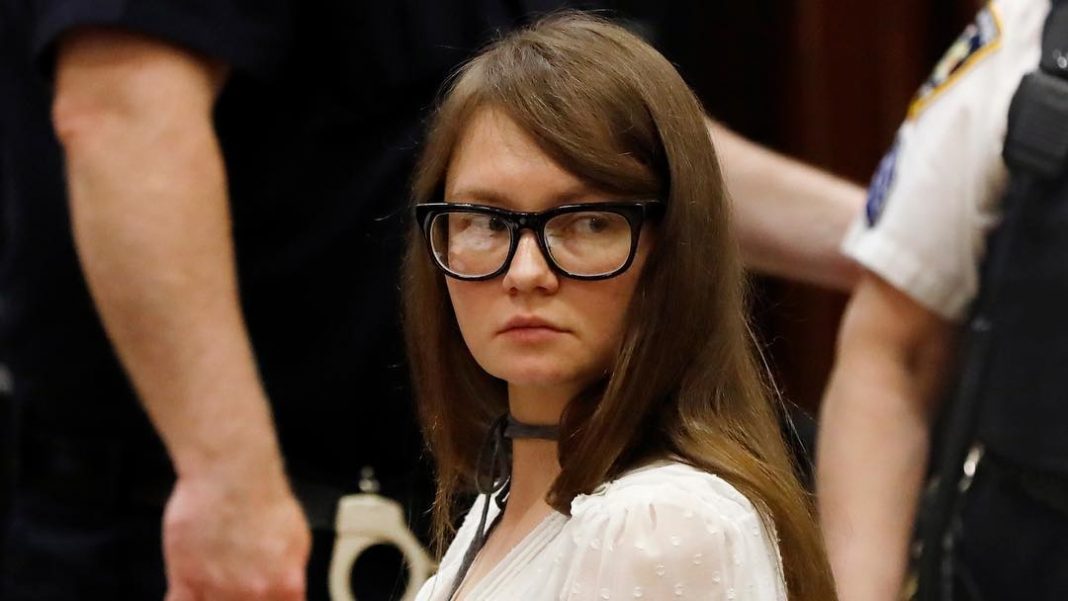 ICE currently holds Anna Delvey or Anna Sorkin in custody for overstaying her visa. However, she claimed they violated the conditions of her payroll after February 2021; when she was released from prison.

She continued, “While I’m curious to see how they interpreted all the research and materials provided, I can’t help feel like an afterthought. The somber irony of being confined to a cell at yet another horrid correctional facility lost between the lines, the history repeating itself.”

What is the series Inventing Anna based on then?

Well, the Netflix Original is based on a 2018 article from New York Times, titled “How Anna Delvey Tricked New York’s Party People — And its Banks.” The piece talks about how Anna Delvey scammed the people of New York into giving her around $275,000. Hence, the show is primarily the POV of a journalist, who is obsessed with Anna’s story.

Julia Garner plays the role of Anna Delvey in the Netflix show. In a recent interview with Town & Country, she defended the show, saying, “People don’t necessarily have to agree with what she did, but I want to help people try to understand why she did it.”

Now that Anna Sorokin has herself given her statement. What are your thoughts on this entire situation between Anna Sorokin and Netflix’s Inventing Anna? Let us know in the comments below.