Sitting through the episodes of Stranger Things have always been an emotional rollercoaster for the streamers, especially in the fourth season. Well, it isn’t just the case with the audience. The stars themselves also had some emotional moments that made them go beyond the script and do magic on screen. And more than anyone on the show, Millie Bobby Brown is known for creating iconic unscripted moments that brought out her raw emotions on the big screen.

Here’s a list of three such improvised Millie scenes in the show.

The season 3 finale was too harsh on viewers when good old Jim Hopper falls off a platform when they close the gate to the Upside down. Well before his temporary death, Jim had written a letter to his adoptive daughter, Eleven. He pours his heart into it and tells her everything he ever wanted to say. Just before she leaves to live with the Byres, she lays down on the floor and reads her father’s letter.

She discovers that he often used to hop in between her and Mike only because he was afraid to lose her. Carrying his past trauma of losing his daughter with himself, Jim finally opens up to El and says it is time for her to come out of the ‘cave’. Reading this, his daughter cries her heart out, and along with her, we all did.

Eleven wasn’t the only one who cried; Millie shed tears too. She revealed it later that neither had she read it beforehand nor had listened to Hopper’s pre-recorded voice. Everything that happened then was raw and on the spot. And we all know it was devastating.

In stranger Things 3, in the ‘Sauna Test’, when possessed Billy and Eleven come face to face in the gym, she fights him with all her might. Tired of having used all her potential abilities to shoot the scene in that small room with six main characters and hundreds of crew members, Millie collapsed into Mike’s (Finn Wolfhard) arms out of sheer exhaustion.

The smoothness with which Mike handled the El and the scene shows it all. This collapse was unscripted, and it was just enervating Millie falling down on the spot, which was recorded within the final take. Fans have always cherished mesmerizing scenes between the main characters, and this was definitely one of them.

the sauna test scene is so powerful ,, and even after el defeats billy mike’s the only one to look over at el to see if she’s ok almost and then just looks towards billy super pissed kinda like he’s so fed up that el has to keep risking her life. we love a protective boyfriend pic.twitter.com/6fQ4kiMy7W

this and their sauna test scene was the best mileven content we got out of season 3 tbh https://t.co/5fgbBAM9mB

After the lovebirds split up temporarily following a short fight in season three, Mike later explains himself to El and his actions. He admits that he wanted El all to himself, which was why he acted so weird. In an interview before, Finn Wolfhard said it loud and clear that not all of the dialogues in the shopping scene were scripted. 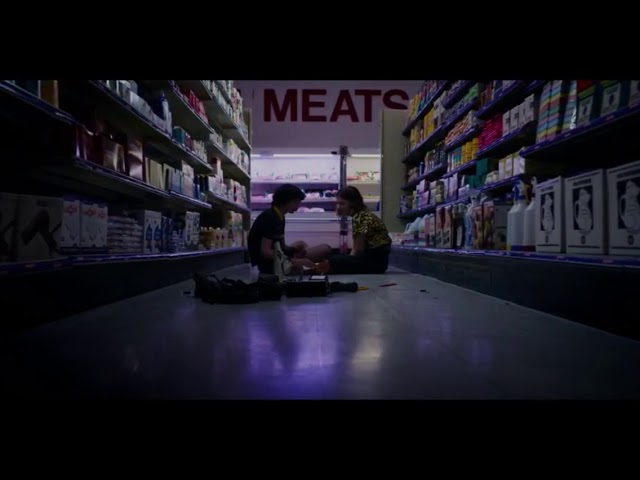 He said he got to explore Mike’s awkwardness and be funny while sitting down with Brown in the aisle. “It was one of my favourite scenes with Millie”, Finn added. He just kept adding more and more of his own and the Duffers loved how the scene naturally improvised.

There were many other such unscripted scenes where characters put their heart and mind into the intriguing series. Not to forget Max and Lucas’ striking performance in the second volume that went far beyond just papers. A list of dialogues really isn’t big of a deal when the cast has been as close as a family right from the beginning. Rightfully so, Stranger Things has been a legend of a series with a cast like Millie and Finn who bring out the best in themselves and in others as well.

ALSO READ: Millie Bobby Brown Talks About Eleven’s Backstory, the Big Split-Up, and the Long Distance Romance of Eleven and Mike: “The Best Thing Ever Is When You Split Us Up”

What do you think was your favourite scene in the entire series till now? Do let us know in the comment box below!