Are you acquainted with that desperate yet ecstatic feeling of anticipation? That feeling before your eighteenth birthday or the wedding night. Those heavy skips of heartbeat you feel when they are to announce something big? Although we patiently wait for the big day to come, a part of us secretly wishes to get over such huge revelations as soon as possible because we could not stand the rush of agitation pouring down our veins. Well, it seems like the very talented Millie Bobby Brown too would agree with this. 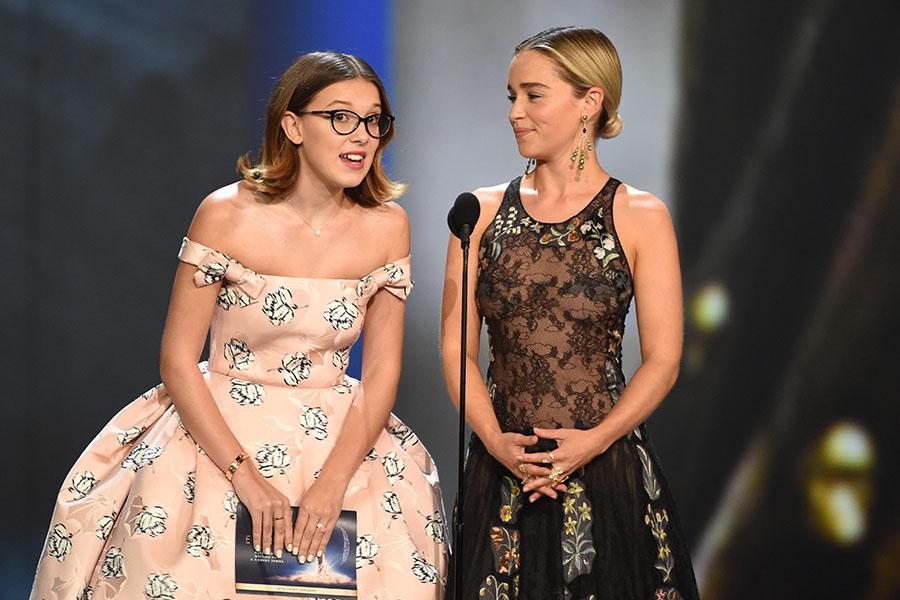 Brown, who started her journey only when she was 8-year-old gained fame through Netflix’s flagship show, Stranger Things. The American horror drama bagged 18 Emmy nominations just after its season one release. Back then, the Enola Holmes character alum was just thirteen-year-old. The now 2 times Emmy nominated actress was far too nervous just the night before the announcements of the 2017 Emmys. In an Interview with Goldderby, Brown shared her experience, and it is a story every MBB fan should be aware of. So, if you are a true Bobby Brown fan, all you have to do is keep reading.

The interviewer asked the young actress if the night before her first Emmys was hard, and Brown just jumped in to complain how she doesn’t like surprises. She said how she kept her mind diverted while on the set of Godzilla. But then came the hardest moment. While having dinner with her agents, Brown said how nervous she got and that she just wanted to know. “I was sitting at the table and I was tapping my foot and I wasn’t speaking. I had just kept looking down.  I had just kept looking down, and that’s the moment where I just really, really wanted to know. I didn’t wanna be like… I wasn’t worried about if I got nominated or not, I just wanted to know. That was my most important thing, because I hate anticipation. I don’t like surprises. I need to just know, and that’s it.”

Stranger Things Eleven then went on to say how her father was active on multiple screens, checking every live page in the morning. “And then the live stream ended and my dad and I just kind of gave up,” exactly when she almost lost all hope, the phone rang. And well, it was undoubtedly her publicist giving her the good news! “My mom was vacuuming the floor, and she looked up and she was like, “No. No.” And I was like, “Yes! Yes!” My whole house kind of went crazy,” Millie Bobby Brown told the interviewer how her first Emmy nomination became a “family affair.”

Are you excited about Brown’s performance in the Stranger Things finale? Do tell us in the comments below.