Millie Bobby Brown is a household name. The 18-year-old broke out on the scene as Eleven on Stranger Things. And her career has only seen ups from there. She starred in other blockbusters like Enola Holmes and Godzilla. She is also one of the highest-paid teenage actors, having bagged a check of $10 Million for Enola Holmes 2. The sequel has already set a release date. Ahead of its premiere in November, it has already released a trailer.

The young star was nominated for two Emmy Awards for her outstanding turn as a telekinetic girl in Stranger Things. The actress is also a Unicef Goodwill Ambassador and owns a cosmetic brand Florence by Mills. But none of these achievements came close to the time when Louis Vuitton named her the brand ambassador.

Brown was often spotted on the red carpet wearing a Louis Vuitton. So it was a full circle moment for the teen when she was named the French fashion brand’s ambassador. Millie Bobby Brown visited designer Nicolas Ghesquière’s studio in 2016. There were speculations about collaboration then but nothing came to fruition until six years later. 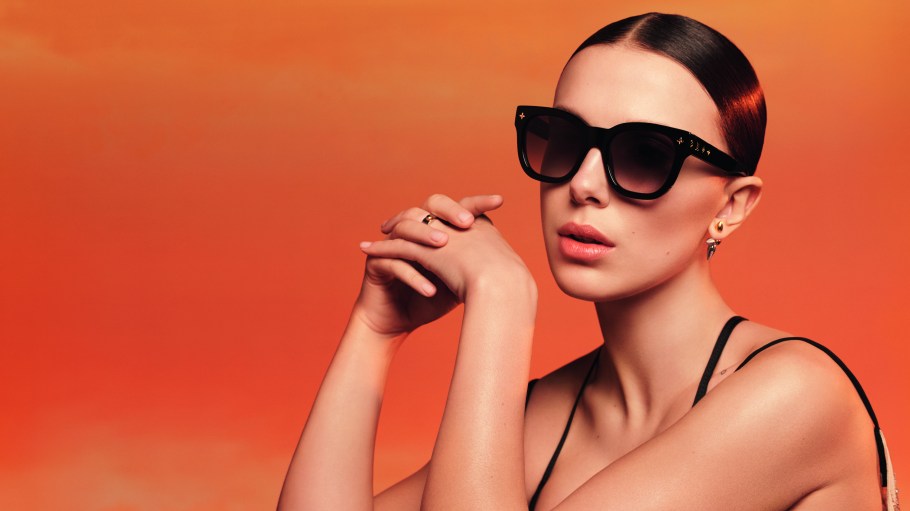 “I met Nicolas Ghesquière six years ago and have been a fan of his work with Louis Vuitton ever since. Truly a pinch me, full circle moment,” she had gushed. Nicolas is himself a big fan of the show and even featured a shirt bearing the Stranger Things logo during the 2018, Louis Vitton show.

ALSO READ: “I find that I’m very funny”- Young Millie Bobby Brown Once Spoke On Her Love for Comedy Over Broadway

The Godzilla actress debuted in an eyewear campaign for the brand alongside singer Louis and the Yakuza and Karlie Kloss. Brown was seen donning the My Monogram sunglasses in the square-frame LV Moon style. Steven Meisel photographed the teenager against a terracotta background that highlighted the glasses. Her makeup was minimal and her hair slicked back. Joe McKenna styled her, Pat McGrath did her makeup and Jimmy Pal did her hair.

Did you think she was the right pick for the brand? Tell us in the comments below.