Shows like BBC’s English drama series Peaky Blinders often show you characters that are larger than life. You have this beautiful young man dictating the course of a Birmingham-based gang. He is this rather eerie combination of a gentleman and a bad boy, and somehow he pulls it off magnificently. Well, of course, he pulls it off. Given that it is Cillian Murphy who plays the role of Tommy Shelby.

Throughout the course of the last five seasons, we have come across these eccentricities of Tommy. We know he used to be a World War 1 soldier, and also that back then he was a cheerful man, unlike the present time. We never see him eat. He smokes a lot; he has this beautiful and weird hairstyle, and he also wears beautiful suits. But there is one habit that is very Tommy, but we hardly notice, i.e., drinking whiskey.

Cillian Murphy aka Tommy drinks a lot of whiskeys, literally a lot

In a recent interview with BBC 1 Radio, right before the release of the sixth season of Peaky Blinders, Cillian Murphy sat down to talk about some unique qualities that Tommy Shelby possesses. Ali Plumb from BBC 1 Radio was indeed in a mood to break down the character of Tommy, which probably had something to do with his desire to dress up as him on Halloween. 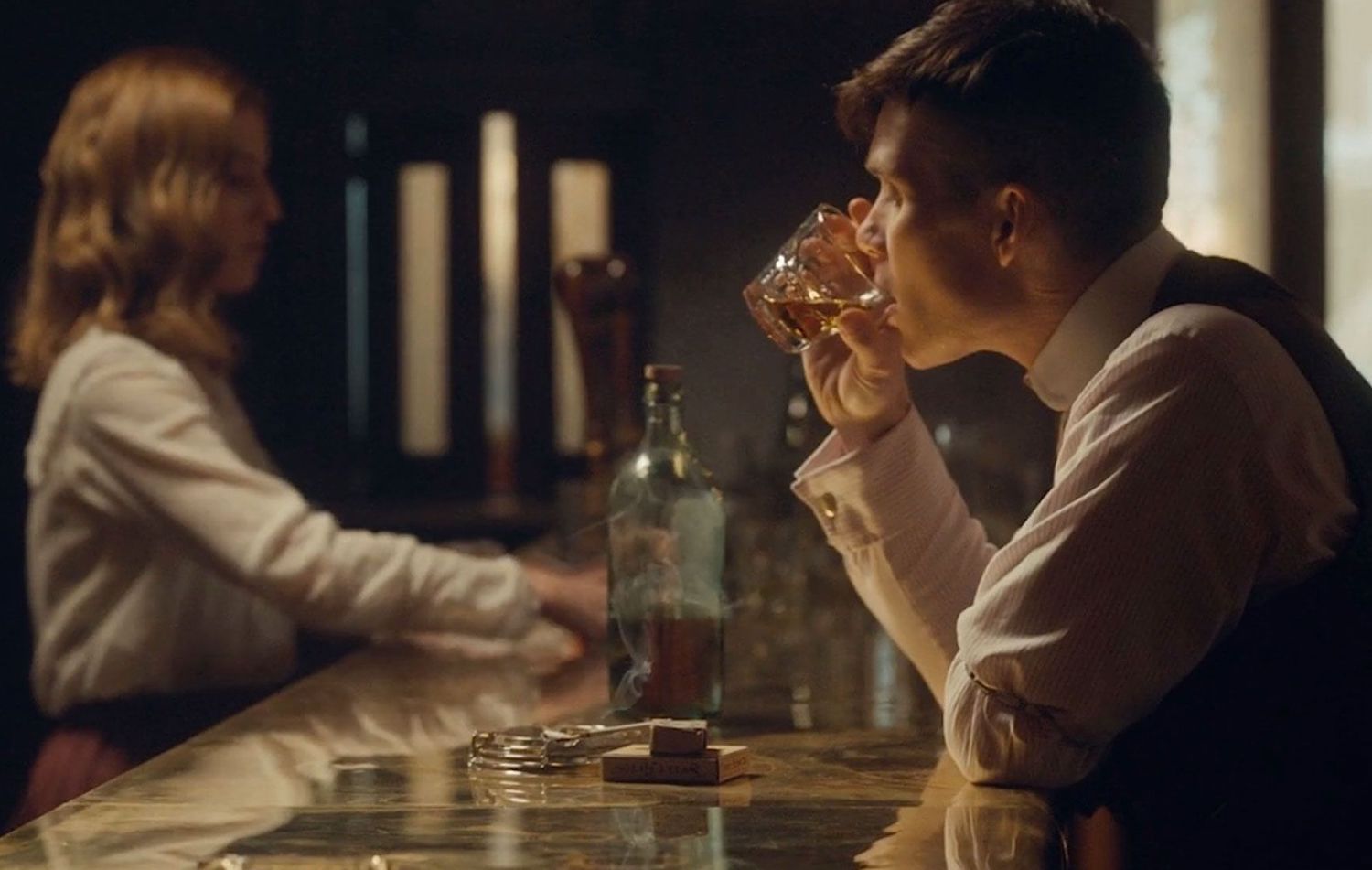 In that spirit, Ali pointed out how important it is for Tommy Shelby to drink whiskey. According to some fan who actually sat down and counted every single time Tommy gulped down a drink, it is an astounding 213 times! Well, we hope Ali has the nerves of steel, just like Cillian Murphy aka Tommy does, because 213 whiskeys are absolutely crazy!

ALSO READ: “At the Time, Almost All Cigarettes Were Unfiltered”, Why Does Cillian Murphy AKA Tommy in Peaky Blinders Smoke So Many Cigarettes??

Talking about Peaky Blinders Season 6, tell us what are your predictions for this last and final season of the show?