Sure, it is super fun when we watch our favorite cartoons go through some of the most bizarre and hilarious situations. What if it was not the creator, but you who decided the fate of the character? Netflix is here with Cat Burglar to give us just that. From the creator of the famous Black Mirror comes the interactive animated show where you are in charge of a cat’s last three lives and burglary of a lifetime.

Looking into the background of the people associated with the project, it was no surprise that people were rather too excited for Cat Burglar on Netflix. Charlie Brooker, the producer of Black Mirror, also gave us one of the most horrific interactive episodes: Bandersnatch, in 2018. But is the show anything like that? Well, let us have a look at it and figure it out.

Coming from the creators of Black Mirror and also the Mike Hollingsworth from BoJack Horseman, you’d expect the Netflix Original to be a scary show. Instead, the show will remind you of the over-exaggerated and rhythmic cartoons of Ted Avery. And to be honest, it seems fitting as well. Given that the show clearly has so much potential for absurdity, siding with Rowdy Cat was indeed entertaining, and sometimes anxious. 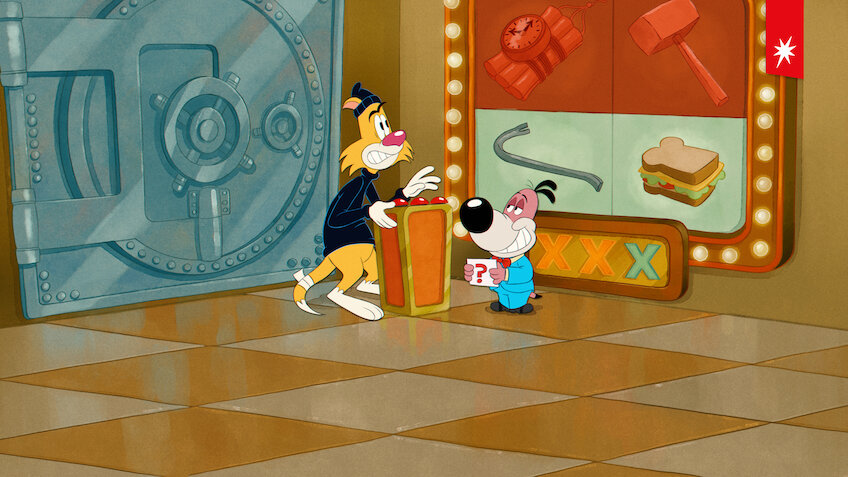 What differs between Cat Burglar on Netflix and Bandersnatch and Kimmy Schmidt is that the choices we make from our end hardly affect the story of the show. Instead of a complex plot, Cat Burglar’s central story revolves around a fairly simple task: seeing a painting from the museum.

What does it mean to be a Netflix Interactive? What do you need to do?

Since Cat Burglar is a Netflix Interactive, it is the viewer who picks the next move of the primary character. However, in this case, your choices, i.e., the answers, are probably not even relevant to the plot. The story will bombard you with trios of questions and that too rapid-fire questions. If you answer even one of the questions wrong, Rowdy will lose one life, and since he is an “unlucky” cat, he has only 3 left and not 9. 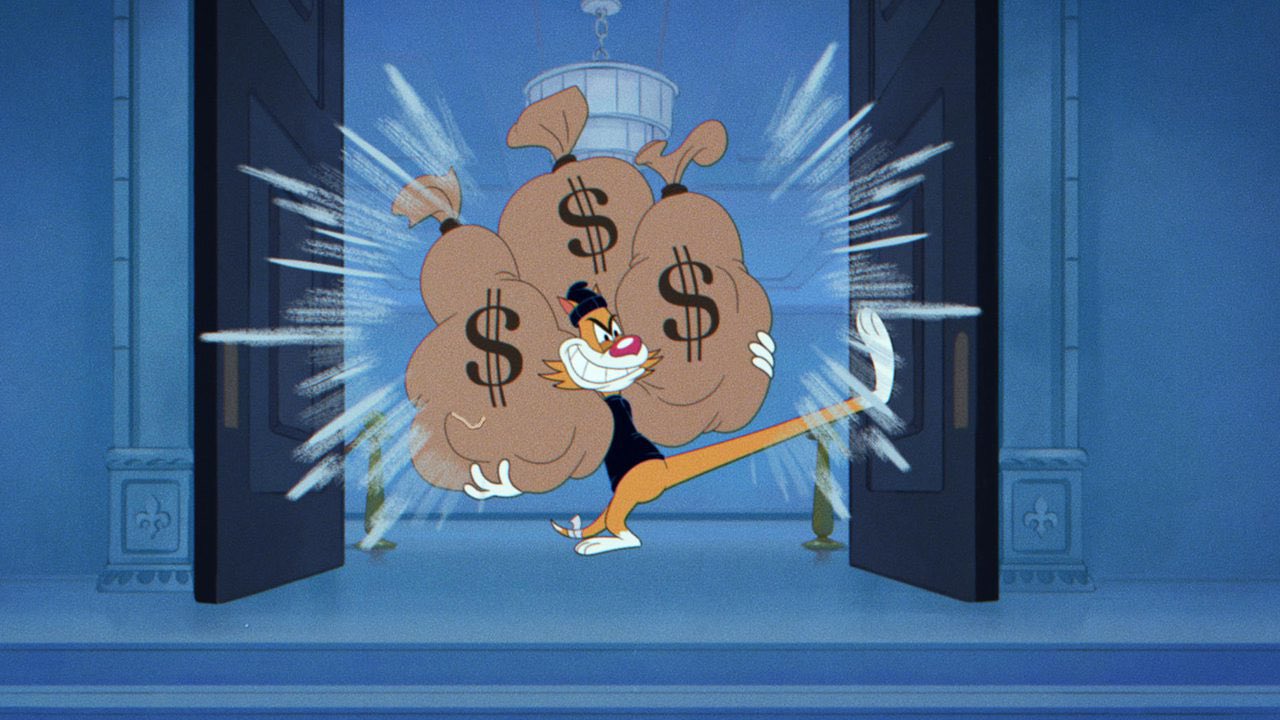 The questions that you face during the course of the show are trivial and are divided into three different levels. And each level takes you closer to the big heist Rowdy is trying to pull off.

Cat Burglar is truly a great escape from your usual entertainment. It is absurd, funny, entertaining, and, more than anything else, reminds us of the beautiful slap-stick that we used to watch in Tom and Jerry, Looney Toons, and other golden age cartoons.

You can go play/watch Cat Burglar on Netflix now.