Forget Vecna, Neil Gaiman’s The Sandman will bring the most gruesome villain of all time. Corinthian will soon come to Netflix to wrench his thirst for human blood by showing humanity its worst nightmares and deepest fears. Created by Morpheus, the lord of dreams, Corinthian is someone who has a mouth in place of eyes and kills people for his pleasure. Morpheus on the other hand is everything charming and hopeful. He is the embodiment of hope, wonder, and imagination, without which life would be not worth living.

Also known as Dream, he is a member of the Endless, a race of extraordinarily strong creatures that serve as the physical manifestation of the various ideas that govern the cosmos. Dream’s responsibility is to preserve the Dreamlands, where each person spends one-third of their life. Now if Dream is the creator of the Nightmare, why couldn’t he stop him from causing such horrors around the world? More than that what was the need of creating such a powerful nightmare in the first place? Let’s unpack it all!

The Corinthian in Sandman is the worst nightmare of all!

Next time you find yourself jumping in your bed in the middle of a night soaked entirely in sweat because of a horrendous nightmare; make sure Corinthian is not after you! Apparently, Dream created nightmares in order to make people face their anxieties and the worst aspects of their souls. These are also found in the Dreamlands. Dream, who also gives them personalities individually creates each Nightmare. The Corinthian briefly served as Dream’s masterwork and the ideal illustration of all that is wrong with people. The Corinthian is a narcissist who desires to eat the entire universe with his eyes. He is savage and bloodthirsty. The villain also became so ecstatic about killing other creatures that he challenged Dream’s authority. 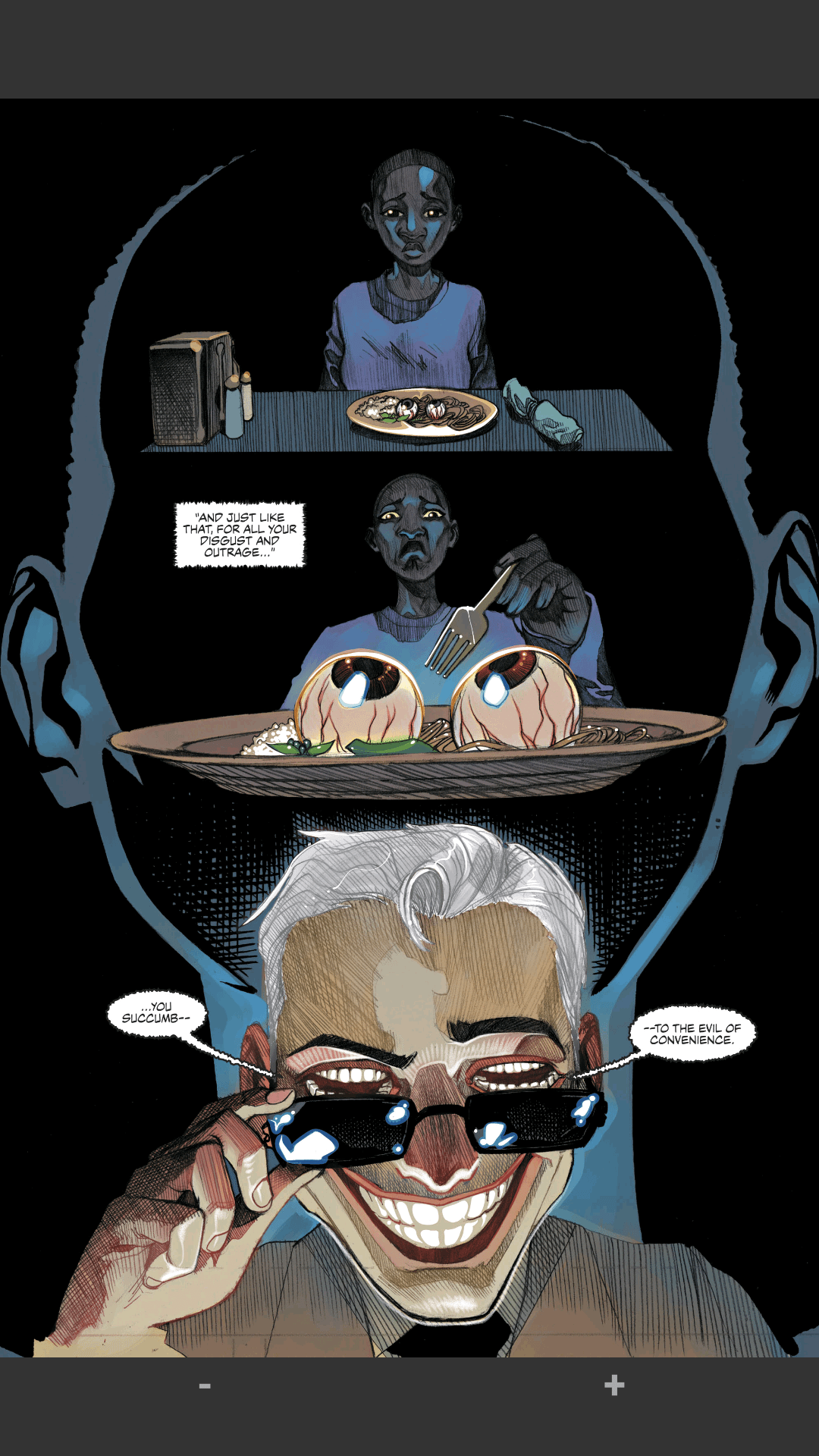 The Waking World and the Dreamlands must have distinct boundaries if the cosmos remains stable. Morpheus couldn’t kill people because of his Endless status. The Corinthian, though, wanted more than only to frighten people as they slept, and he started looking into new ways to travel to Earth and take his victims. And well, one fine night the Corinthian’s dream comes true. As a result, the Sandman resolves to undo the Nightmare. Sadly, he is held captive before he can take any action, enabling the Corinthian to leave the Dreamlands and blend in with the populace.

He then becomes the worst serial killer in America setting an example for other such vicious people as well. He possessed other people’s bodies as a parasitic host, chewed their eyes, and left their tormented bodies as it is. And all the while, Dream’s entrapment bound him from stopping his very own creation which undoubtedly makes Corinthian the most loved villains of all time.

ALSO READ- The Sandman’s Tom Sturridge Feels Dream Is a Misunderstood Entity, “He feels everything that every other being feels”

Would you like a villain as gory as the Corinthian in Sandman? Let us know in the comment section before the series hits Netflix’s platform.